Glenn Beck Breaks Up With GOP, Won't Return Any LPs They Bought Together 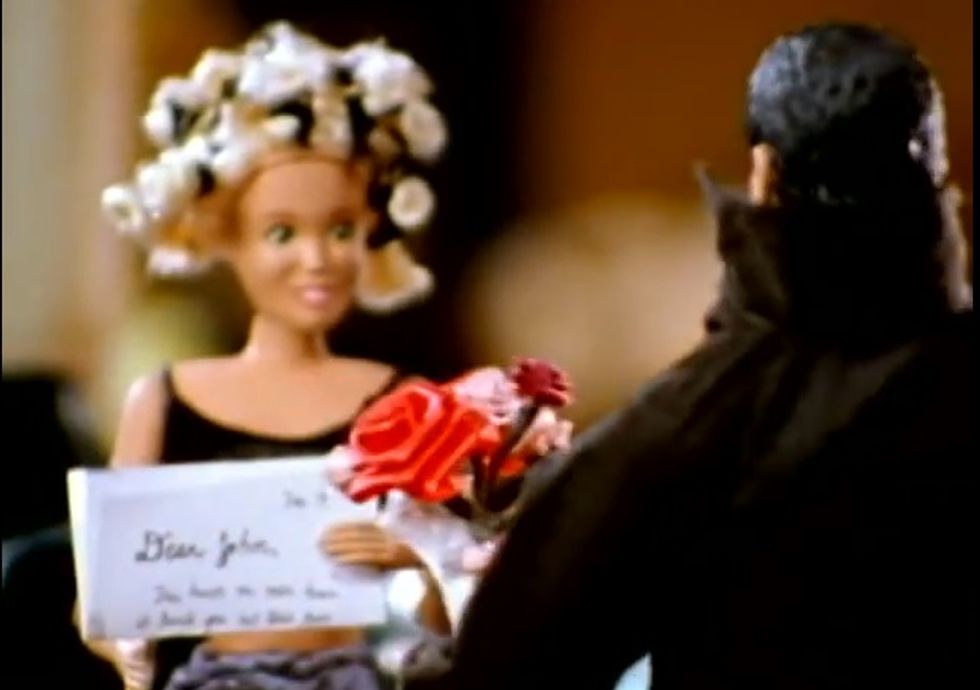 Oh dear. This is going to make for some awkward Thanksgiving dinners, we bet: Glenn Beck is done with the Republican Party because he just can't stand how they keep cheating on him. On his radio programme Wednesday, Mr. Beck told the GOP that it's not him, it's them:

Beck thought they had something special, an unbreakable promise to only tongue-kiss hardliners like Ted Cruz and Mike Lee, who pledged they would shut the government down rather than let Barack Obama get away with crimes like Obamacare and immigration reform. But no. The GOP was weak. The GOP wouldn't shut down the government in a Blaze of glorious refusal to do anything. The GOP is just not the crowd of flaming rightwing idiots that Glenn Beck thought he knew and loved. Oh, sure, they still talk like flaming rightwing idiots, but Beck has seen them flirting with reality, holding hands with squishes like Mitch McConnell and John Boehner, and he doesn't like it one bit:

Beck did not say whether he was done with party politics altogether, or if he would open his heart to some hot new lookers like the Constitution Party or the Libertarians. For now, he just needs some time to himself, and has made plans to spend the next few days sitting alone in his room and listening to the Carpenters' "Goodbye To Love" over and over again while he has a good long cry.

A GOP source who spoke to Wonkette on condition of anonymity said that the party didn't care what Glenn Beck said or what Glenn Beck did, because it's clear now that he never loved them anyway, not really, and what's more, they are so OVER him you would not believe it. As evidence, the source pointed out a recent Instagram post showing a pile of discarded chalkboards and puppets that had apparently been torn apart by someone's pet Bichon Frise. Their only regret was that they'd wasted so much time on a loser like Beck, the source said, adding that if Beck doesn't give back their favorite black t-shirt, there'd be hell to pay.

On reflection, the source said that Beck could keep the goddamn shirt, just go, get out, you bastard.