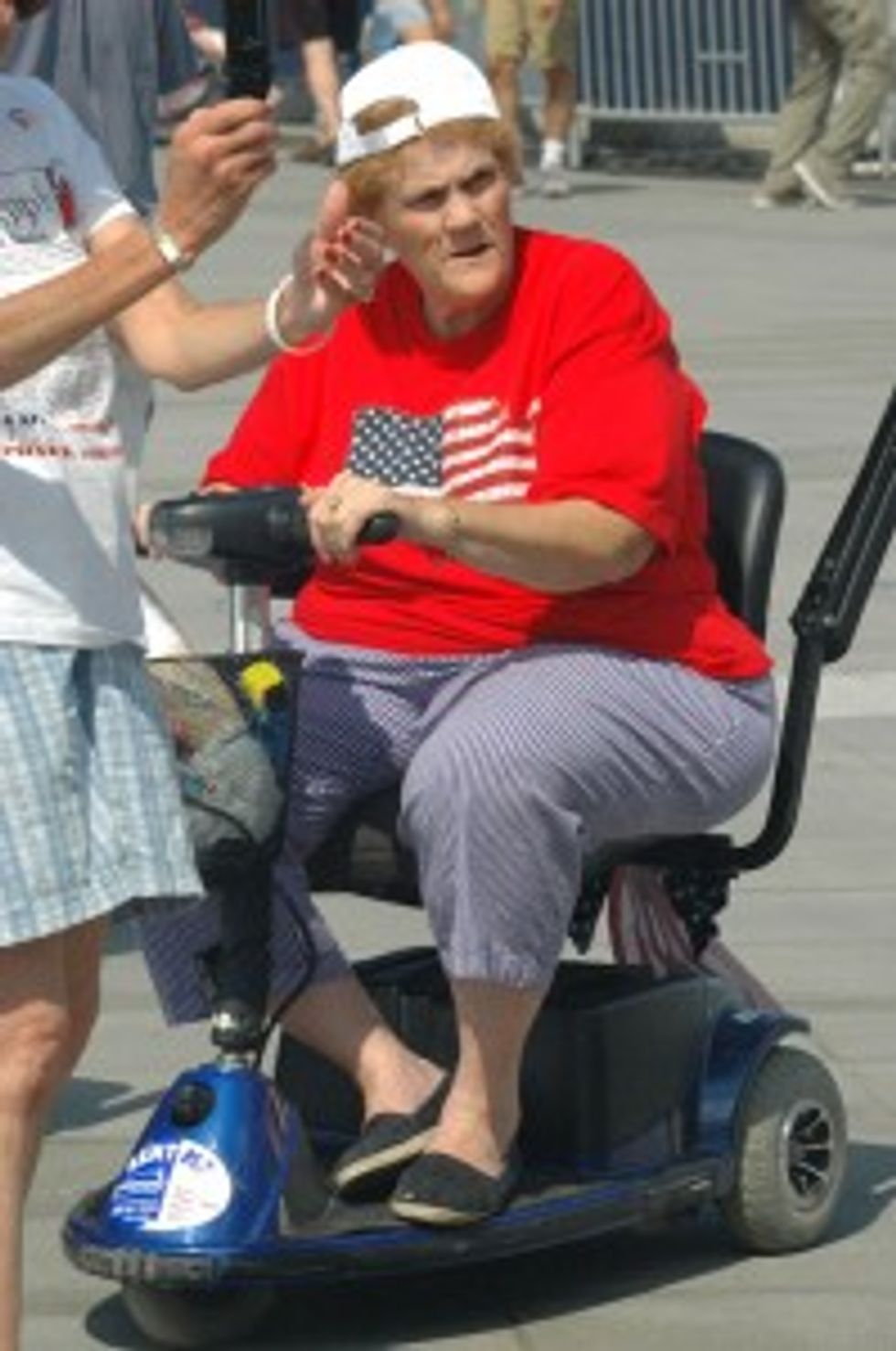 American honor-restorer Glenn Beck is so mad about obesity right now, because it costs taxpayers billions of dollars and that iswrong. On his teevee show, he complained about "those fat people that sit on their couch" -- you know, the ones whose skin actually "grows into their couch," until the fire department has to come and rescue them when they finally can't get up anymore. Beck says we should just "let them die," those fat fuck loser skin-bags. Is Beck giving up on his audience, or something?

Millions of Skincouch-Americans (and regular old Obese-Americans who haven't yet melded with their home furnishings) are also Real-Americans who have dedicated themselves to keeping the Glenn Beckonomy alive. If they die, as Glenn wishes, who will be left to attend the super-rallies and conventions or consume Beck media products except skinny, curious libtard-bloggers looking for new material? And libtards tend not to pay for stuff, because they are thieves, so without his fat-fat-fattie crew Beck likely would turn into a 99er.

As this video shows, Beck's hate speech toward his own people was inspired by lean, mean FLOTUS Michelle Obama and her ongoing War on French Fries, which is going to cause America-destroying fry riots ("friots," ha ha ha come on LAUGH YOU MORANS):

"Beck was being facetious," say the folks at Think Progress. Aw, they're so nice over there. But was he? Um, let's go with "no."

Wouldn't it be nice/cool if Beck's fans watched this video and realized that their leader doesn't care about them, really? Then they could friot against him, if they could rise up at all (which they can't, because of the whole "growing into the furniture" issue, which is debilitating). [Think Progress/Media Matters for America]