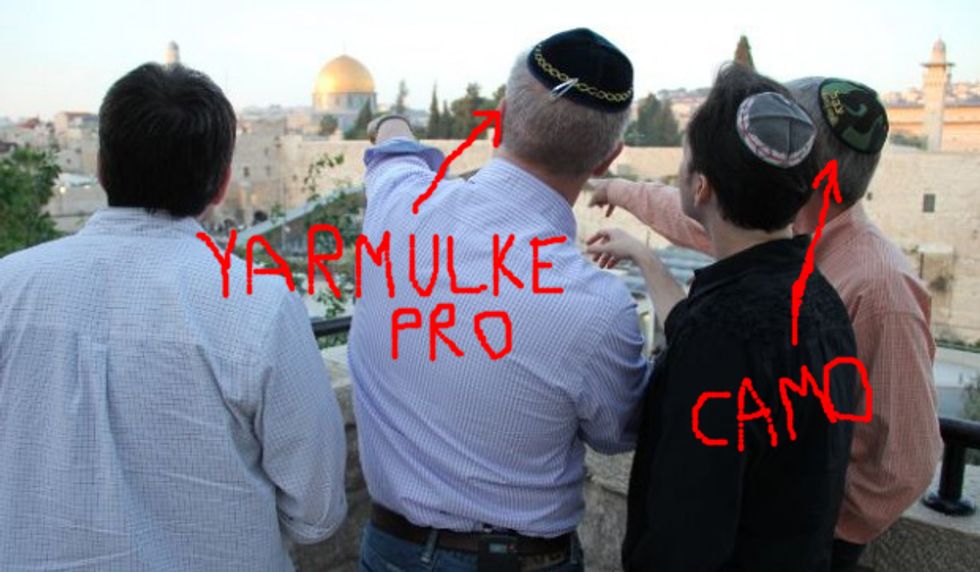 As part of some quest to search for meaning in his life in the wake of losing his teevee conspiracy show, Mormon comedy sensation Glenn Beck is wandering around the homeland of the Native Americans, Israel. This is all being breathlessly chronicled by The Blaze, Beck's news-esque webzine. (BREAKING: Glenn ate some ice cream.) "'It’s the axis point of the world,' he explained by phone as he outlined the agenda that triggered this trip." Uh, what? Also, aren't the North and South Pole the axis points of the world? Nothing about this makes any sense. Nothing.

The Blaze is extremely vague about what is going on, referring to a mysterious "project" Beck has been "contemplating."

Will he feel confirmation that his vision is on the right track? Or will he find conviction that his plans should be very different?

While he’s contemplated the outline of his current plan for many years, the version that solidified in mind began to gel in January.

Glenn says he has been thinking a good deal about Ruth 1:16: “Don’t urge me to leave you or to turn back from you. Where you go I will go, and where you stay I will stay. Your people will be my people and your God my God.”

So Glenn Beck thinks he is God? Is that what he's saying? Makes sense, considering he is basically the only man willing to combat the Muslimness that is hopping around out of Tunisia and into the world. Do not give this man weapons. He's going to try to Exodus the Palestinians out of Palestine.

Anyway, he totally got shown up by his friend in the camo yarm (that will totally blend him in!), but he's pretty good with a hair clip:

Congrats, Israel! Glenn Beck is all yours now! You get to keep him! He is your new messiah! Congrats!