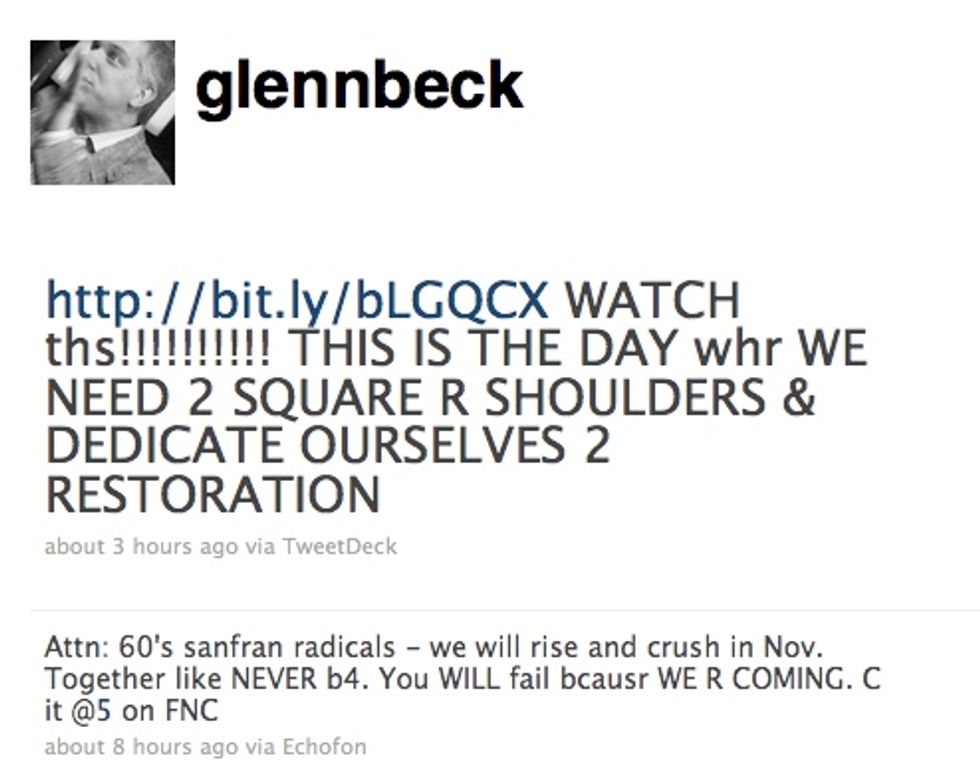 After posting zero twats since March 8,when he ordered everyone to watch his historically important Eric Massa interview, Glenn Beck returned to the Twitter yesterday to produce these valuable insights. (The link just goes to audio of the Howard Beale rant from Network, a movie about how corporate media exploits people's fears for profit.)