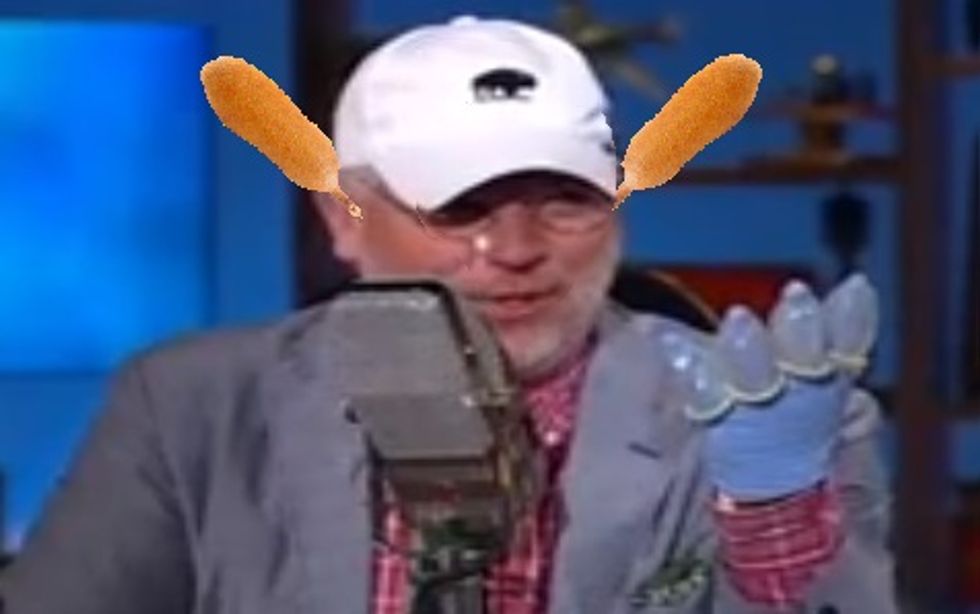 Poor Glenn Beck has been betrayed. Again. Guy has been stabbed in the back so many times people mistake him for a really stupid, conspiracy-spouting pincushion. The latest Judas to break Glenn's heart is Rep. Michele Bachmann, who voted against a bill Wednesday that would havedefunded the NSA's data-collection program, as revealed by the Edward Snowden leaks. A breathless account of Beck listening to the Minnesota crazyperson appears in today's Blaze. It's a little like reading a transcript of a junior high student falling out of love over Skype -- transcripts which the NSA can continue to compile after Wednesday's vote.

Glenn Beck listened to Bachmann’s comments on the radio Thursday, growing increasingly shocked as he listened to the assertions of his longtime friend.

The tape began with Bachmann saying, “A false narrative has emerged that the federal government is taking in the content of Americans’ phone calls. It’s not true. It’s not happening.”

Good lord, we hate to say it, but Bachmann is actually right on that one, even leaving aside the detail that the Utah center is still under construction. Remember metadata? It's bad enough, but no, the NSA isn't recording all our calls.

Anyway, the true Moment of Sad came when the camera "panned to Beck, who had written on his chalkboard: 'Michele B- is not dead to me, but she is in very ill health.'"

Beck then got testy and said he was "feeling fickle and tired today and that he still thinks highly of the congresswoman" but told her that she needs to knock off these lies about a "false narrative" and tell the truth, only say it gooder:

She could have also said something like, “Look, I’m on the Intelligence Committee…[and] the American people don’t know what a precarious situation we’re in. While I’m gravely concerned about the NSA, I happen to think that we are in bigger trouble because [of a] more clear and present danger of the people who…want to kill us,” Beck suggested.