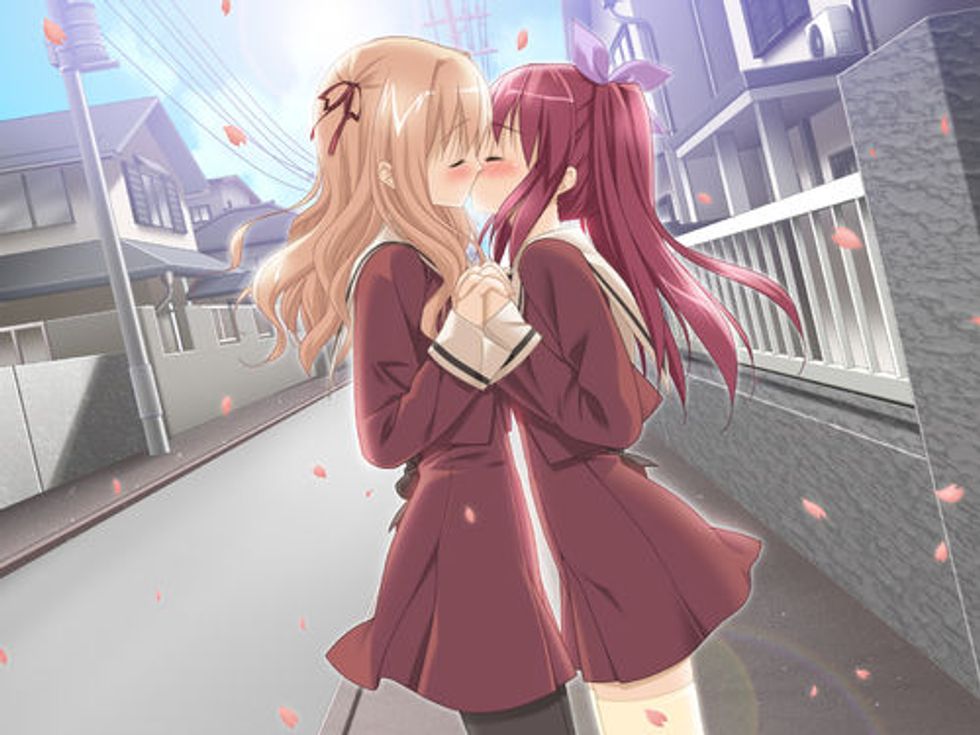 Hero of Americanism and decency Glenn Beck took a few minutes to yell at politicians whose views on same-sex marriage have evolved, because changing your mind is weak and hypocritical, and nowhere near as principled as always holding the same views forever:

“You’re saying this is the civil rights issue of our day, and you were such a coward you couldn’t do it until Hollywood changed everybody’s mind,” Beck said. “These people are disgusting.”

Presumably, Mr. Beck also yells "hypocrite!" over the closing credits of A Christmas Carol every year, too. We bet he'd have been fun to have around in the late '60s following Loving v. Virginia. And yet the spectacle of Captain Moodswing excoriating other people for inconsistency was only the start of the weird.

After one of his co-ranters said that "the 'arc of history' bonked Hillary on the head last year," after which she came out for gay marriage, Beck made a hilariously creative pune, or play on words:

“What I just heard you say is, Hillary came out last year? 'Cause I didn't think that had been officially... I tell you, Hillary Clinton will be having sex with a woman on the White House desk if it becomes popular,” Beck said. “She’ll be like, look, the arc of history wasn’t ready for a president to be a lesbian and have sex on the desk.”

Actual lesbian woman Snipy confirms that this is exactly how it usually happens, right down to the desk. This lesbian stuff is apparently some sort of popular fad, a passing fancy like raccoon coats, goldfish-swallowing, and driving roadsters at breakneck speeds of up to 40 miles per hour.

At the very least, it would be a change from complaints about Barack Obama putting his big Kenyan feet up there. We mean on the desk.