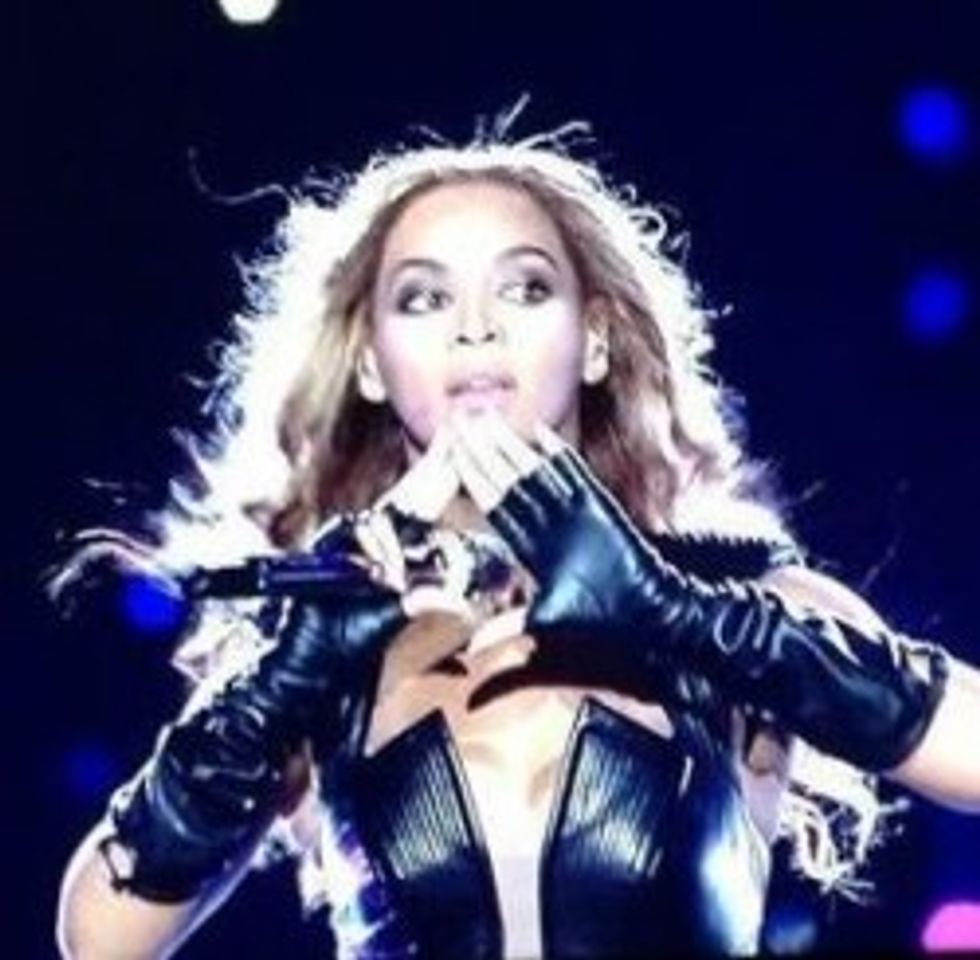 Oh, sure, maybe you thought the real scandal about Beyoncé's halftime show was all the gyrating and unladylike whorish dressing and near-hoo-ha hand motions, but that is because you are shallow. Yes we will say it. You are shallow to let yourself be distracted by these meaningless questions of whether Beyoncé was lip-synching or too bouncy-bouncy or whatever, because to focus on such superficialities is to miss the far deeper worry: Was Beyoncé invoking the Illuminati when she briefly held her thumbs and index fingers in a vaguely triangular shape, and since she obviously was, what are the larger implications for today's modern American political and economic situation of modern America today?

Blaze writer Liz Klimas must seriously be wondering how a gig as a "science and technology writer" could have ever led her to type out the following sentence:

Some are saying this dance move is a symbol of the Illuminati. Others say it is a symbol used for her husband Jay-Z Carter’s record label, Roc-A-Fella Records.

Yes, and some say that when she slows down brake lights come on in her buttocks, and that if she caught fire, she'd burn for a thousand days... All we know is, she's called the Stig.

Klimas continues, her cheeks burning with the shame of betrayed hopes and dreams (at least we hope so, for her sake):

Regardless of what the symbol meant, it’s worth noting that this is not the first time Beyoncé has been linked to the enlightened secret society that has recently been fictionalized in popular culture, like in “The DaVinci Code.”

Buzzfeed reported William Fawell, founder of SuperPAC Elect A New Congress, saying he boycotted even watching the halftime show because, as Buzzfeed put it, Beyoncé represents “the rise of the military state and new world order Illuminati, because she has in the past performed with dancers dressed like policemen.”

Klimas then repressed any memories of having once thought of herself as a journalist and closed her piece by noting that "Beyoncé has also been called out for Illuminati symbols on her shoes" before presenting readers of The Blaze with a poll asking them to opine upon the gesture's significance.