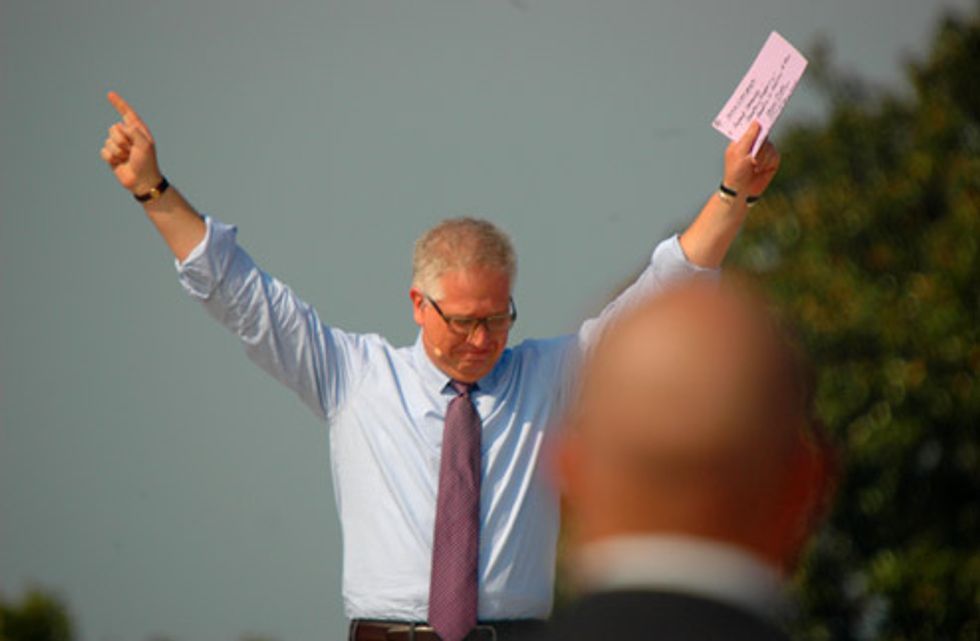 Whenever that James O'Keefe guy puts out another heavily edited video against some liberal bogeyman, both the White House and the Washington/New York media quickly fire everyone involved -- because the only rational way to deal with claims made by partisan pranksters is to simply punish anyone targeted. That's why Shirley Sherrod was immediately fired by the White House while the Lame Stream Media nodded approvingly andonly Wonkette bothered to look at the allegedly damning video closely enough to see that Breitbart's crew had carefully edited it to make Sherrod sound like a raving racist. Likewise, the firing of NPR executive Ron Schiller and his CEO boss was cheered by the liberal media and got solemn nods from Democrats in Washington. Only Glenn Beck's reporters at his website, The Blaze, bothered to watch the unedited footage and note that the various bombshells in the video were taken out of context (the opinions of others made to look like the opinions of Schiller, for example) and that Schiller's pro-Republican statements were (obviously) all cut out of the video released by O'Keefe.

Here's the unedited section with Ron Schiller discussing the opinions of a senior Republican lawmaker and a major GOP donor. While Schiller seems to agree with the characterization of the Tea Party people at the end of this anecdote, it's obvious he is quoting Republicans uneasy with the teabaggers here:

There's a lot more of this on The Blaze: eight sections of raw video with written commentary by a video producer from the website. She finds numerous instances of editing to make Schiller sound like he's replying to completely different statements (a bemused reaction to something about restaurant reservations is made to look like a response to implementing sharia law worldwide), and she also finds sections where the audio has clearly been switched from another part of the video, as well as the complete removal of many instances of Schiller and his colleague praising either Republicans or the Fox News audience.

And that's where we stand in 2011 America, folks: If you want some basic journalism of the "actually looking at the material" variety, stay away from the Lame Stream Media and stick to a vile political joke site (that's us) or the right-wing news blog of teevee's nuttiest news clown.