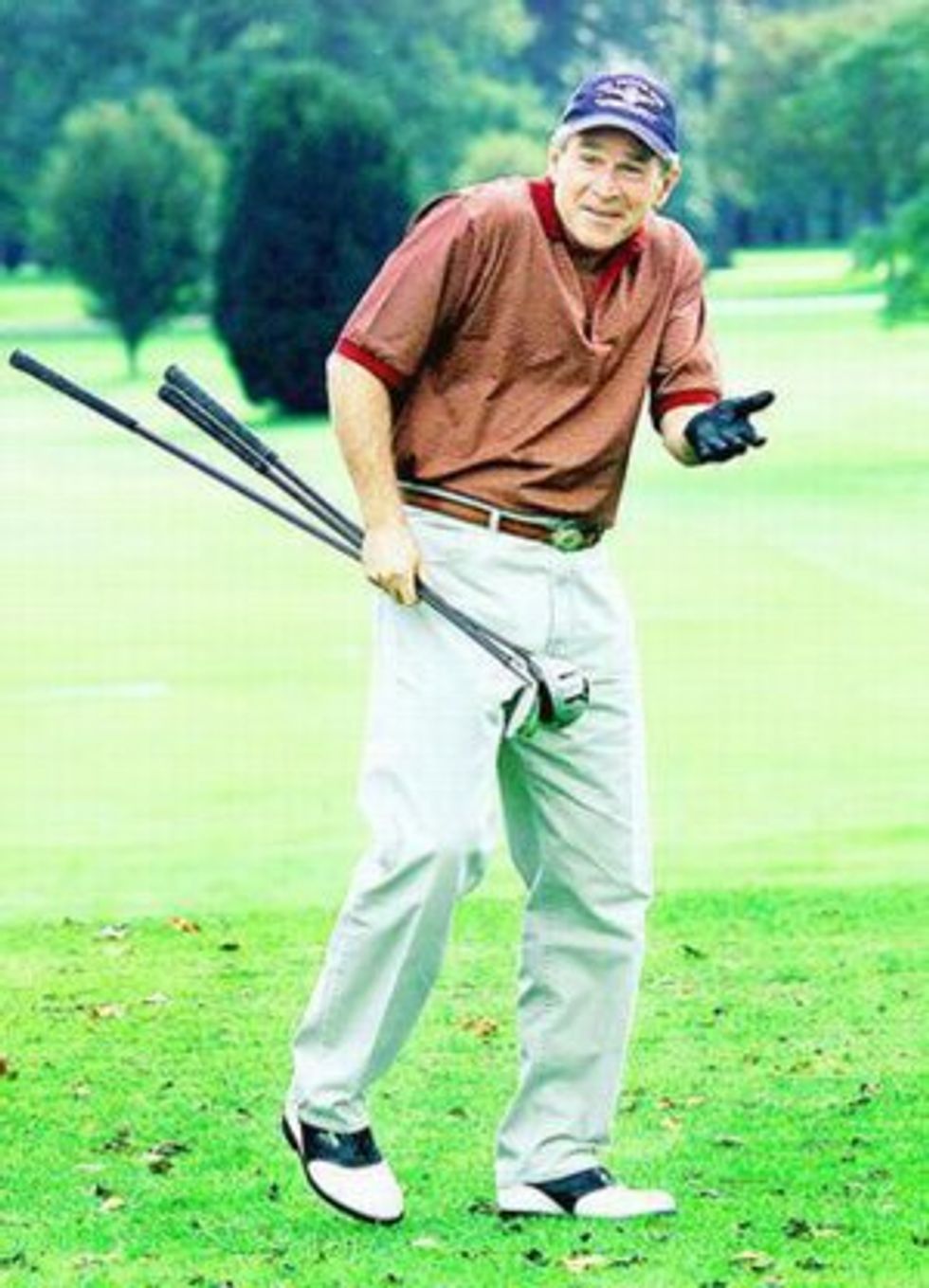 As myriad continents either flood or burn and North America bakes, experts at theWall Street Journal say the real victims of this endless bummer are the golf courses. Thanks to a combination of record heat and humidity, the awful weather is literally murdering the nation's crucial greens. But are Democrats exclusively to blame? Perhaps not: "Golfers themselves deserve part of the blame for insisting that putting surfaces be mown short and fast even in weather conditions in which such practices are almost certain to ruin them." Important golf clubs are actually shutting down because of this! We want our country back, etc.

From the banking pamphlet of record:

The U.S. Golf Association last week issued a special "turf-loss advisory" to courses in the Mid-Atlantic states, urgently advising greenkeepers to institute "defensive maintenance and management programs" until the weather crisis ends. Most of the danger is to greens planted in creeping bentgrass and annual bluegrass (also known as poa annua).

The golf industry may have problems even bigger than the stupid environment: Seems that a lot of people who used to play golf just don't do it anymore, and a thousand more golf clubs will die in this Depression. Maybe it's the $6,000 annual dues at some half-ass country club nobody's ever heard of, or the depressing sight of foreclosed stucco castles surrounding the green, or the fact that nobody's got a job and even executives are scared to death that they'll be fired next because nobody's got any money so nobody's buying whatever gadgets and gewgaws the executives are charged with making and marketing. Maybe it's because everybody's so sick and fat now, no-one can even imagine actually getting off the couch and driving to the golf course just to stand around in the crushing heat for a while and then riding around the dead grass in a silly little cart.

Actually, all of those reasons are true! Important hotel-chain newspaper USA Today invested the usual 450 words on this National Tragedy:

The root of the problem is stark: Most people just can't afford the luxury of a $100 to $400 round of golf, nor do they have the time — several hours — to complete an 18-hole round. Businesses are cutting back on golf-related expenses for executives. Travelers who once plunked down gobs of cash to golf in exotic locales are passing up golf vacations.

Once havens for well-to-do scions of the community, private clubs now face withering competition for the money and time of younger consumers, Hinton says. The under-40 crowd works harder and prefers to spend their limited leisure time with family members at facilities with fitness rooms and spas — accoutrements often lacking at private courses, he says.