God-Botherers Just Want Federal Contracts And The Right To Not Hire Icky Gays, Is That So Wrong? 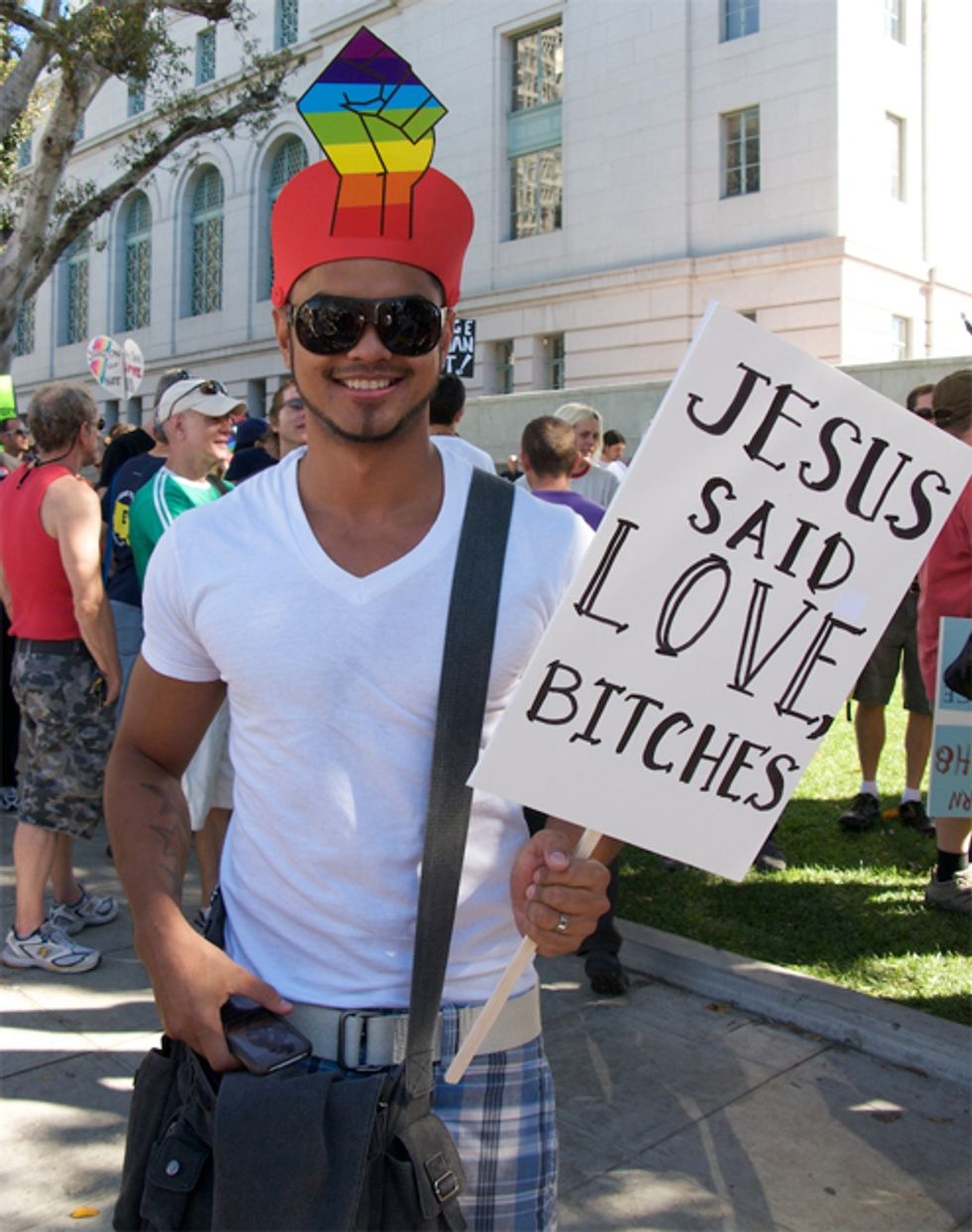 Looks like today is "Who'd 'a Thunk It?" Day at Yr. Wonkette. First we learned that guns everywhere can lead toarmed misunderstandings, and that the Supremes' Hobby Lobby decision was a teensy bit broader than it looked at first blush. And now, you could just knock us over with a feather boa after we learned that a group of religious leaders is asking that there be a faith exemption from an upcoming executive order protecting LGBT people from employment discrimination, because otherwise Religious Liberty in America is dead (and the Nazis will come back). Color us astonished!

After the House refused to consider the Employment Non-Discrimination Act, Barack Obama said, fine, I'll do the executive order thing so that at least companies fulfilling government contracts can't discriminate. But wait, hints the letter sent by "faith leaders" Tuesday, the Supreme Court just said you have to take corporations' deeply held religious beliefs into account, and so you can't make no private corporations hire sodomites, or it's not FAAAAAIIIIRRR! Or in earnest Concern-Speak:

Without a robust religious exemption, this expansion of hiring rights will come at an unreasonable cost to the common good, national unity and religious freedom.

While the letter didn't specifically mention the Hobby Lobby decision, Michael Wear, who organized the effort, and had worked as director of "faith outreach" for the 2012 Obama campaign, explained to the Atlantic that it definitely means the concerns of homohaters must get equal status with the concerns of fetus-worshipers:

"This is not an antagonistic letter by any means," Wear told me. But in the wake of Hobby Lobby, he said, "the administration does have a decision to make whether they want to recalibrate their approach to some of these issues."

The executive order hasn't been issued yet, but the Senate's version of ENDA did include a get-out-of-discrimination-free amendment that bowed in the direction of god-driven discrimination. If the unpassed law included a "please discriminate if God tells you to" clause, then it's only fair and just that the executive order include that too. Otherwise, Congress might have to try passing laws itself, and god knows that's not going to happen.