God Nabs All the Top Stars For His Annual Prayer Banquet 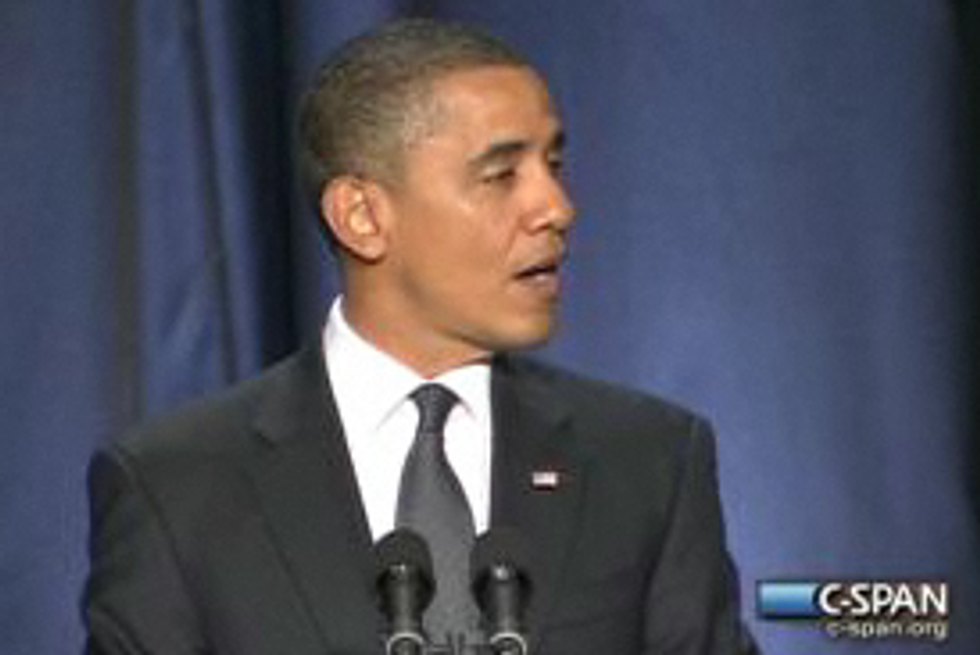 For approximately 8,758 hours a year, the United States of America upholds one of its most cherished values, the freedom of religion. For the other couple hours, its government gathers together to tell Jesus, "Just kidding. We totally all believe in you. Give us a high five." Yes, it's the first Thursday in February, which means the National Prayer Breakfast was this morning. And, luckily, God was able to nail down some of the top media superstars of the moment for His annual meal. For one, Gabriel Giffords' husband, Mark Kelly. Also, President Obama, of course.And: "other speakers [included] Jose Enriquez, one of the rescued Chilean miners, and Randall Wallace, who wrote the screenplay for the film Braveheart." God must have been really pumped for those last two!

So, what did Kelly have to say?

In its aftermath, people are left asking why, he said. "Why were six people killed? Why was a 9-year-old girl, an innocent child, killed, who just wanted to meet her congresswoman? Why was Gabby shot through her head and left barely clinging to life?"

Well that took some balls. God was sitting right there. He can hear you! He probably spit out his eggs benedict when He heard that one.

And what about Obama?

"Make me an instrument of his will"? So Obama is taking his instructions from a foreign body, the same one Muslims profess to take their instructions from? That explains the evil health care! It was an order from this shady "God" fellow! [The Hill/Baltimore Sun/LA Times]