God Turns His Back On Gay-Hatin' Tennessee Lawmakers 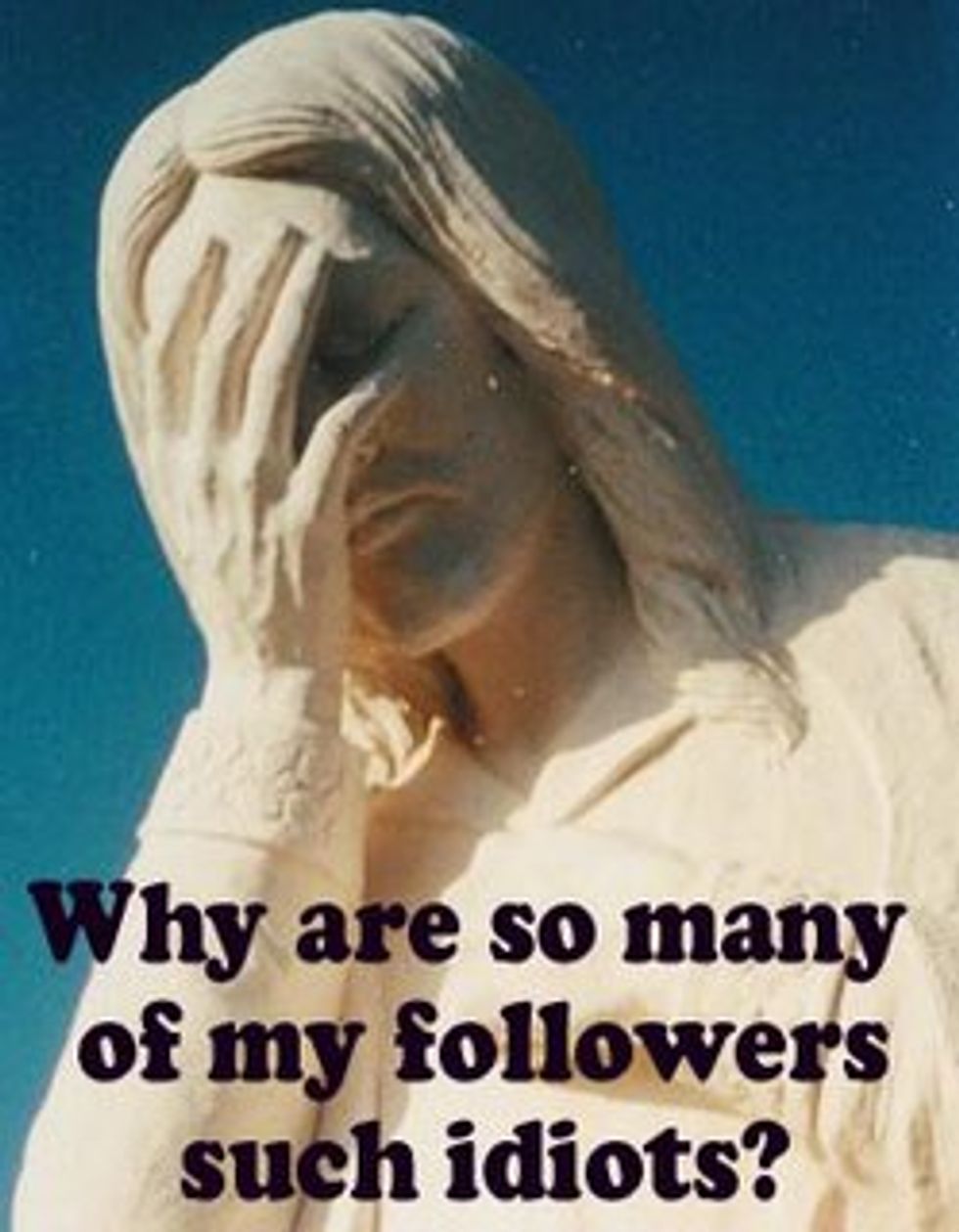 It's a bad week for gay-bashing political types in the Tennessee legislature. They just KNEW they had an ace in the hole, a sexciting new way to ban the Supreme Court from forcing gaysexual homo-nasty into their Christian throats, with a bill called the Natural Marriage Defense Act, which would have overturned the SCOTUS ruling on gay marriage, at least for Tennessee's purposes. Or that's what the bill's supporters believed it would do, because they are dumb as dog dicks.

So the supporters prayed and prayed for God to help them de-gay Tennessee, and God rolled His eyes and said He was going to brunch with the homos:

A bill seeking to block the U.S. Supreme Court's gay marriage ruling in Tennessee was defeated Wednesday in the state House over concerns about nullifying federal rulings.

The Civil Justice Subcommittee voted 4-1 against the Tennessee Natural Marriage Defense Act sponsored by Republican Rep. Mark Pody of Lebanon, who argued that the ruling should not supersede an amendment to the state constitution defining marriage as between a man and a woman.

TOO BAD SO SAD. What's super great is that two of the votes against the bill were cast by Republican human-like Tennessean lawmakers:

Republican Rep. Mike Carter of Chattanooga said that although he disagrees with the high court's ruling, he considered the proposal to be a step too far.

The bill's sponsor, Rep. Mark Pody, is a real dingus. He thinks Jesus spoked into his earhole and told him to destroy gay marriage in Tennessee:

The supporters of the failed Tennessee bill, silly geese that they are, prayed afterward that God would help them find new ways to murder gay marriage in the butt, because if they don't, terrible things will happen:

"We have to do something quickly, because there's a cliff ahead of us, a civilization, and it's within sight," said Lydon Allen, a pastor at the Woodmont Bible Church in Nashville.

Oh fuck! We're going off a cliff into the valley of gay and civilization is over and pitiful bigots are being forced to coexist with people who are different from them! Better pray harder!