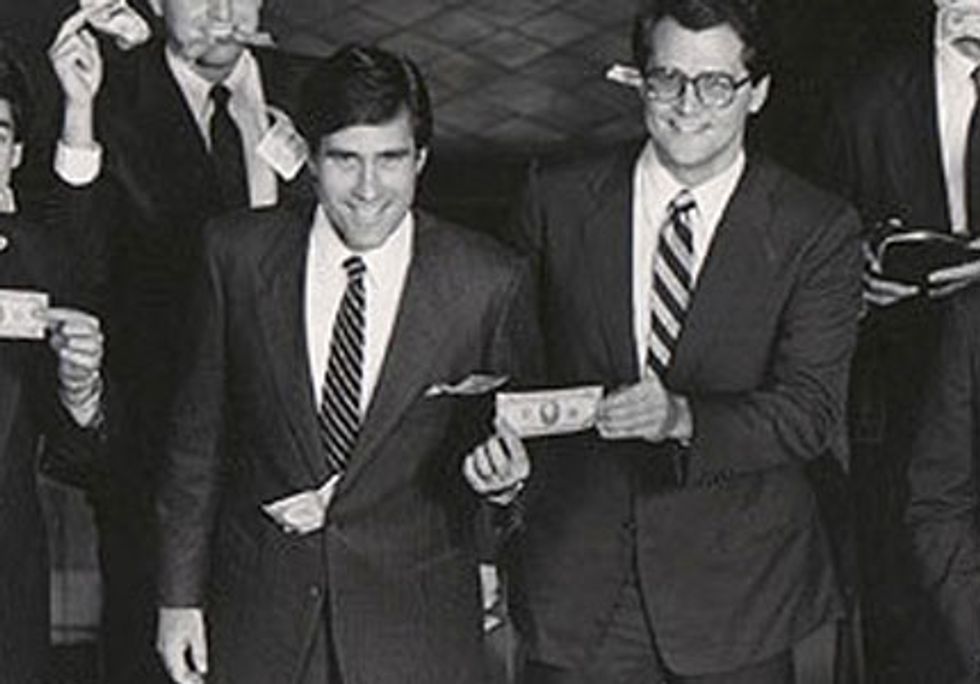 "We need to do a better job of appealing to women, minorities, and young people," said every self-aware Republican after Mitt Romney and a bunch of other 2012 GOP candidates fed themselves feet first into the great wood-chipper of American Democracy. From"self-deport" to "binders full of women" to "who let the dogs out?"* with a big assist from "legitimate rape,""very little tolerance" for students worried about their loans, voter suppression, and trans-vaginal ultrasounds ("legitimate rape"), Republicans running for office in 2012 alienated and mortified key constituencies in word and deed.

But they learned their lesson! At the RNC's winter meeting, the party "is expected to approve a resolution […] calling for repeal of an Obama administration law that is designed to crack down on offshore tax dodging," reports Reuters. And probably something about women, minorities, and young people too, right? Sure, whatever. No.

Approved in 2010 after a tax-avoidance scandal involving a Swiss bank, FATCA requires most foreign banks and investment funds to report to the U.S. Internal Revenue Service information about U.S. customers' accounts worth $50,000 or more.

$50,000? You can hardly buy two cars with that kind of money, and you can forget the elevator you'll need to, like, elevate them. You'd be lucky if they let you sniff the brochure.

Criticized by banks, libertarians and some Americans living abroad as a costly and unneeded government overreach, FATCA is on the books, but its effective date has been delayed repeatedly, with enforcement now set to start on July 1.

Banks, libertarians, and expat tax dodgers, the bellwethers of American public opinion, have spoken. This measure is far too costly to their overseas hordes. It is an unneeded government overreach into the piles of US dollars they have stashed away in order to avoid the legal obligation of US citizens to pay taxes on incomes denominated in US dollars. Poor FATCAts. Someone get a microscope, we have mislaid our violin.

"I see FATCA just like Obamacare," said Solomon Yue, an RNC official from Oregon who is leading the party's FATCA repeal effort. "It will attract American overseas donors."

Politburo spokesman Joe Scarborough could not be reached for comment.

*Ok fine this was in 2008 but still holy shit. "Here, let me make you cringe FOREVER!" Thanks, Mittens.