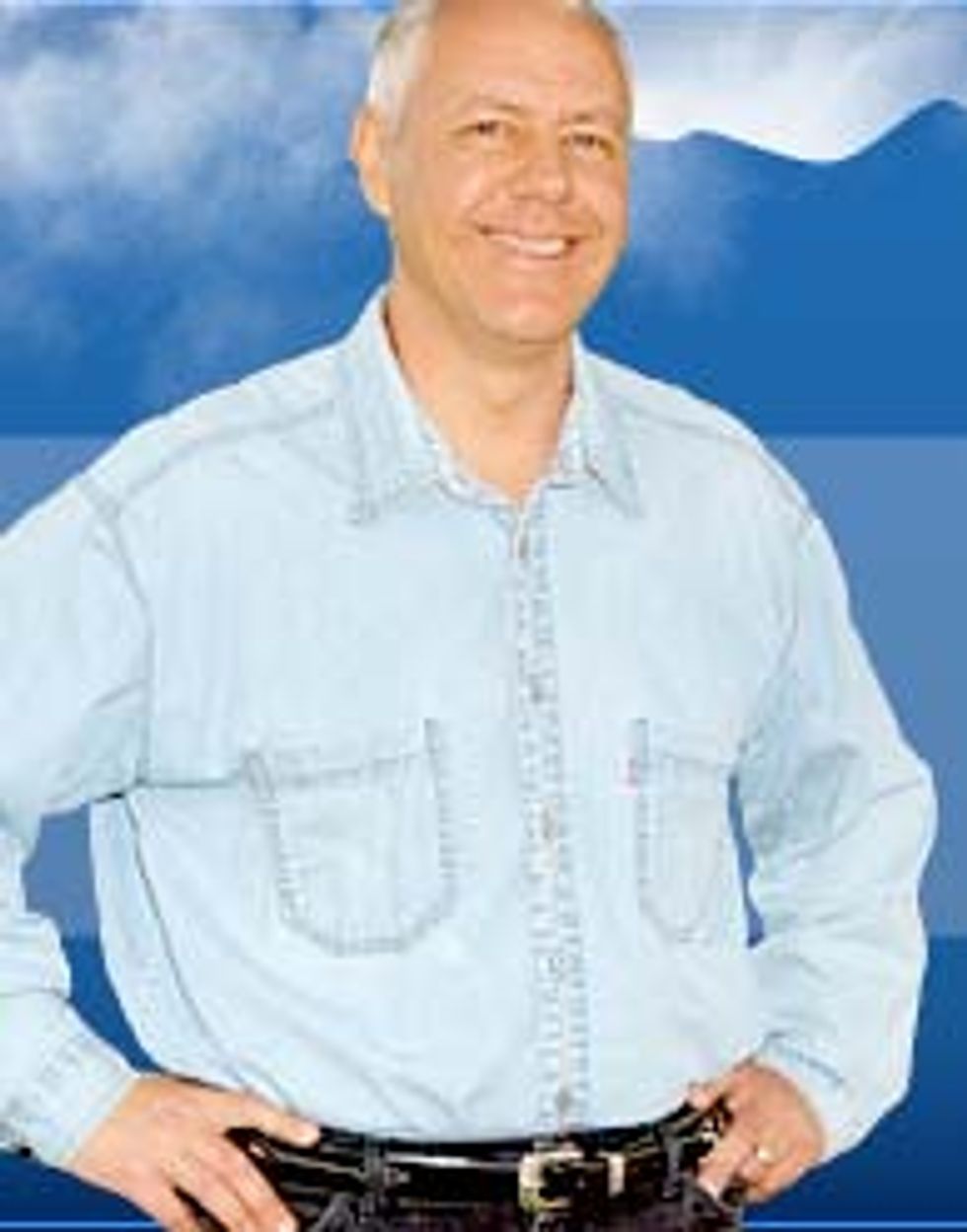 You might remember Ken Buck as the the guy who's running for Senate in Colorado whocriticized his lady opponent, for wearing lady shoes, and who also used the word "bullshit" to refer to actual poop that came out of a cow's butt, rather than as a metaphor for certain types of discourse? Well, he says a lot of things that include swear words that might offend your grandmother! For instance, he called obviously crazy people who think the President was born in Kenya "dumbasses," and this is a mid-level campaign scandal, apparently!

This Ken Buck "scandal" actually reveals a number of things about the political process as we know it today in the far-future year 2010. First of all, there is the fact that Buck -- who is positioning himself as the "Tea Party"/outsider/whatever candidate against former Lt. Governor Jane Norton -- felt vaguely obliged to atone at all for saying the following completely justifiable thing:

Will you tell those dumbasses at the Tea Party to stop asking questions about birth certificates while I'm on the camera? God, what am I supposed to do?

See, because having crazy people asking you crazy questions on TV does not make you look like a serious candidate! Buck's spokesperson said he shouldn't have "cussed" (charming!) and Buck himself not-quite-apologized, saying he's miked all the time and sometimes he "vents" (about crazy people pushing a crazy agenda that could undermine his candidacy, he did not say).

Lu Busse, the head of the "9.12 Project Colorado Coalition," the local Tea Party-esque group, is probably someone who realizes that birthers are maniacs, but still felt compelled to preface her we-don't-hate-you-Buck comments with a statement that "There are certainly many of us who have questions about Obama's documentation and records." Yes, many of you! Those of you who are insane lunatics.

In a further capitulation to the Obamanation, Buck said that he "can't believe that guy [Tancredo] opens his mouth," after the future Colorado governor said at a Jim DeMint rally that Obama was the biggest threat to America.

Meanwhile, Norton's campaign -- which, keep in mind, is the "establishment" campaign, and Norton probably thought she was a shoo-in, because Republicans love the Establishment, or at least they used to -- responded with the following pile of words, issued by spokeshuman "Cinamon Watson":

[Ken Buck] is two-steps short of a fraud ... He's a self-proclaimed tea partier who trashes tea partiers when he thinks no one is looking. He's an alleged fiscal conservative who increased his budget by 40 percent. He's a Tom Tancredo disciple who trashes Tancredo when he thinks the mic is off. Ken says he can appeal to swing voters and beat Michael Bennet, and then trashes the roughly 50 percent of voters who wear high heels. Bottom line: The voters of Colorado can't trust Ken Buck.

Good luck convincing us that your candidate is both a better friend to the Tea Party and more viable with swing voters, Cinamon! Is there a Word macro that spits these things out, always concluding with "Bottom line: The voters of JURISDICTION can't trust OPPONENT"?

Anyway, the saddest part of the whole thing is the identity of the person to whom Buck made these "gaffes": a Democratic "tracker," some underpaid dude who is paid to follow the candidate around and record everything he says and does. There is one of these people following literally every campaign of any importance in the country, because a guy who did that managed to destroy George Allen, this one time, four years ago. But because these guys with cameras are a constant presence in the candidates' sad, lonely lives of endless hand-shaking and terrible photo-ops at shitty diners, they become the politicians' only friends, long after they have forgotten what their spouses and children even look like. So naturally the politicians slip up and say "off-message" things, like "I wish actual, literal paranoids would stop badgering me with their paranoid questions" and "Tom Tancredo, he is a crazy man."

So, is Ken Buck a hero? No, of course not, he's an extreme right-winger who is actively trying to kiss the tea party's ass. But still, kudos for calling birthers a cuss word, we guess. [Denver Post/Politico]