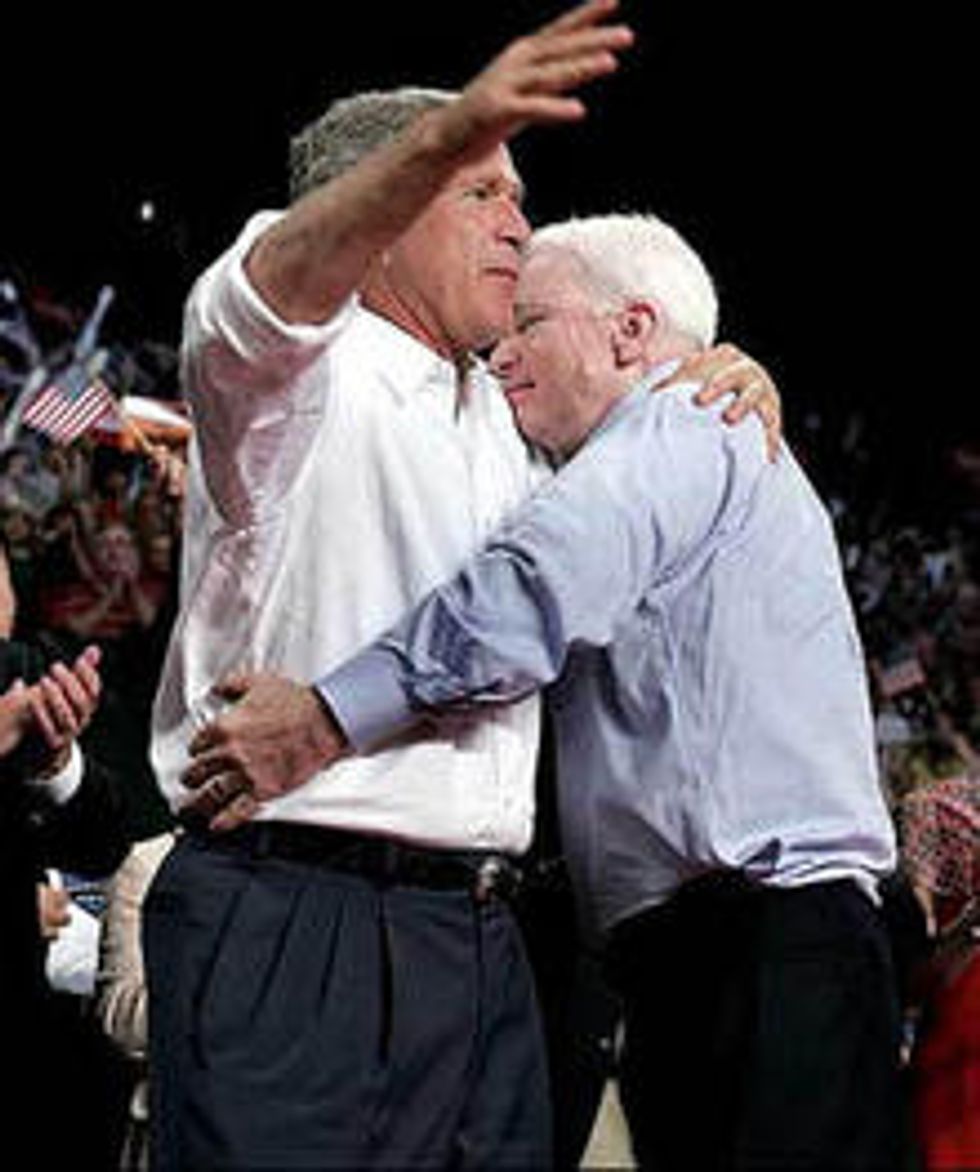 Say you're a Republican incumbent, or maybe you're the GOP candidate trying to take over a lucrative Senate or House seat for a retiring Republican. You would want to go to the big Republican Convention and bask in the successful glow of the GOP candidate for president, not to mention the outgoing Republican president who served two exciting terms, right? Wrong. You stay home, to avoid the stench of loserdom.

A bunch of high-profile GOP senators and Senate candidates either aren't going to the RNC or refuse to say if they're going. This is kind of incredible. The convention is a four-day commercial for the party and its presidential campaign. There are speeches from the party leaders and the candidate and even George W. Bush.

So of course you want nothing to do with that Failure Festival. And you sure as hell don't want to arm your opponents with fresh pictures and video of you hugging Walnuts or kissing on George W.

Nine of 12 targeted Republicans running in the most competitive Senate races this fall are either skipping the Republican convention in St. Paul, Minn., or have not decided whether to attend.

One of the senators who won't be in St. Paul is Ted Stevens, as he'll be in the "rape ward" of Rat Islands Federal Prison.