GOP Congressman Knows What Ladies Care Most About, And It Is Weight Loss And Gardening 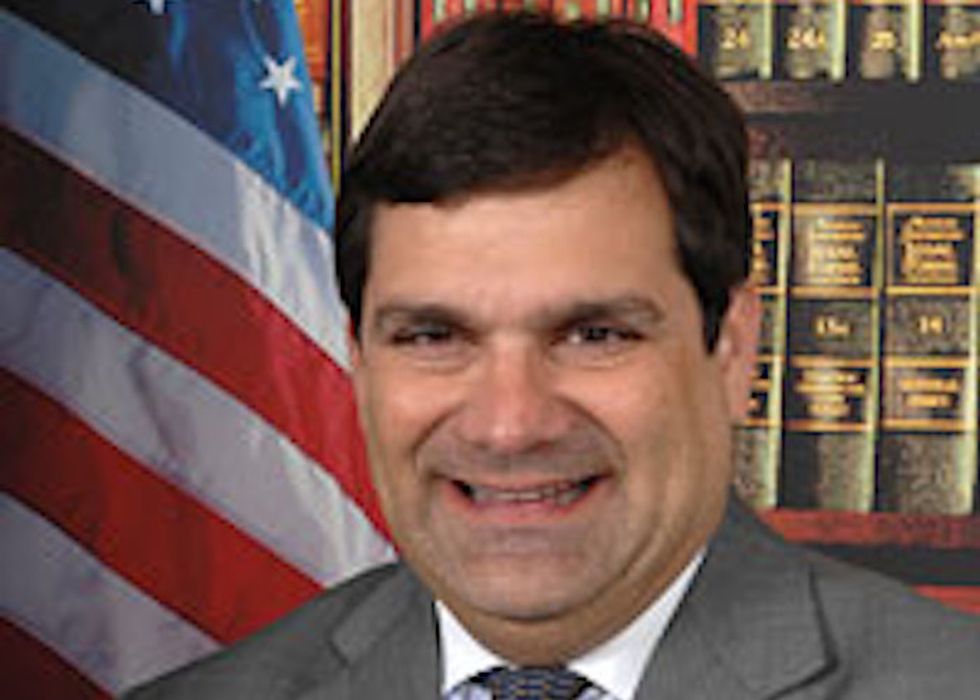 In 2013, Florida Congressman Gus "Toodles*" Bilirakis voted against the Violence Against Women Act (VAWA). But don't think just because he's got a chillaxed attitude toward domestic violence, he doesn't care about the ladies. He totally cares about the ladies.

Which is why he will be hosting his very first WOMEN'S SUMMIT this very month. How exciting! Of course, rather than this being a summit at which he listens to women and hears their concerns, it will be a summit in which the ladies will get lectured to on a variety of subjects that Toodles thinks are very important to them. Subjects like "weight loss." And "gardening." Because hey! Surely, if you stay skinny and make dinner every night with fresh vegetables from the garden, your husband won't beat you and then you won't even need the Violence Against Women Act. See? He's helping!

The summit will also include a seminar on "a woman's guide to financial planning." What makes financial planning different for women than for men is anyone's guess. Is it like financial planning for men, except with lipstick budgeting? Will they demonstrate how to balance a checkbook? Will there be a special segment on how if you go out and spend your husband's money on a new hat, he won't let you be in his cabaret show?

The Tampa Bay Times reports the summit "will also host local and national experts" on mental health resources, faith, identity theft, government involvement and successfully transitioning from high school to college." Tragically, it seems  they didn't even bother to include a seminar on other important lady issues, like "Place Settings" and "How To Find The Right Sanitary Belt For You."

But wait, there's more! According to the congressman's Eventbrite page, the summit will also include BRUNCH!

Congressman Gus Bilirakis is excited to present an opportunity for women in our community to come together and learn about relevant topics that have a direct impact on their lives. The Session will open with a Keynote address given by Dr. Judy Genshaft, President of the University of South Florida. A brunch will be provided during the address.

Summer Robertson, a spokesperson for Bilirakis, attempted to assure readers of the Tampa Bay Times that, despite his opposition to VAWA, the congressman is not actually in favor of domestic violence -- he just doesn't want to see any funding going to programs meant to curb sexual assault:

"[T[he final version of the bill diverted a large amount of funding from domestic violence programs to sexual assault programs without any substantial proof or coherent argument that such a transfer would lead to more convictions or greater protections for women."

Yes, all of this stuff from VAWA is definitely controversial:

The training programs must include:

A. A statement that the institution prohibits those offenses.

B. The definition of those offenses in the applicable jurisdiction.

C. The definition of consent, with reference to sexual offenses, in the applicable jurisdiction.

D. “Safe and positive” options for bystander intervention an individual may take to “prevent harm or intervene” in risky situations.

E. Recognition of signs of abusive behavior and how to avoid potential attacks.

F. Ongoing prevention and awareness campaigns for students and faculty on all of the above

Perhaps if VAWA had included some mandatory training seshes on how to grow petunias that will be the envy of all the gals at the Junior League, instead of training students and campus personnel on how to deal with and prevent violence against women, Toodles would have been able to get behind it!

But alas, they missed that opportunity, and now he's got to take care of it himself. Thanks, Toodles!

*Rep. Gus Bilirakis' nickname is not actually "Toodles," but just look at him, he is such a Toodles. And a tool.