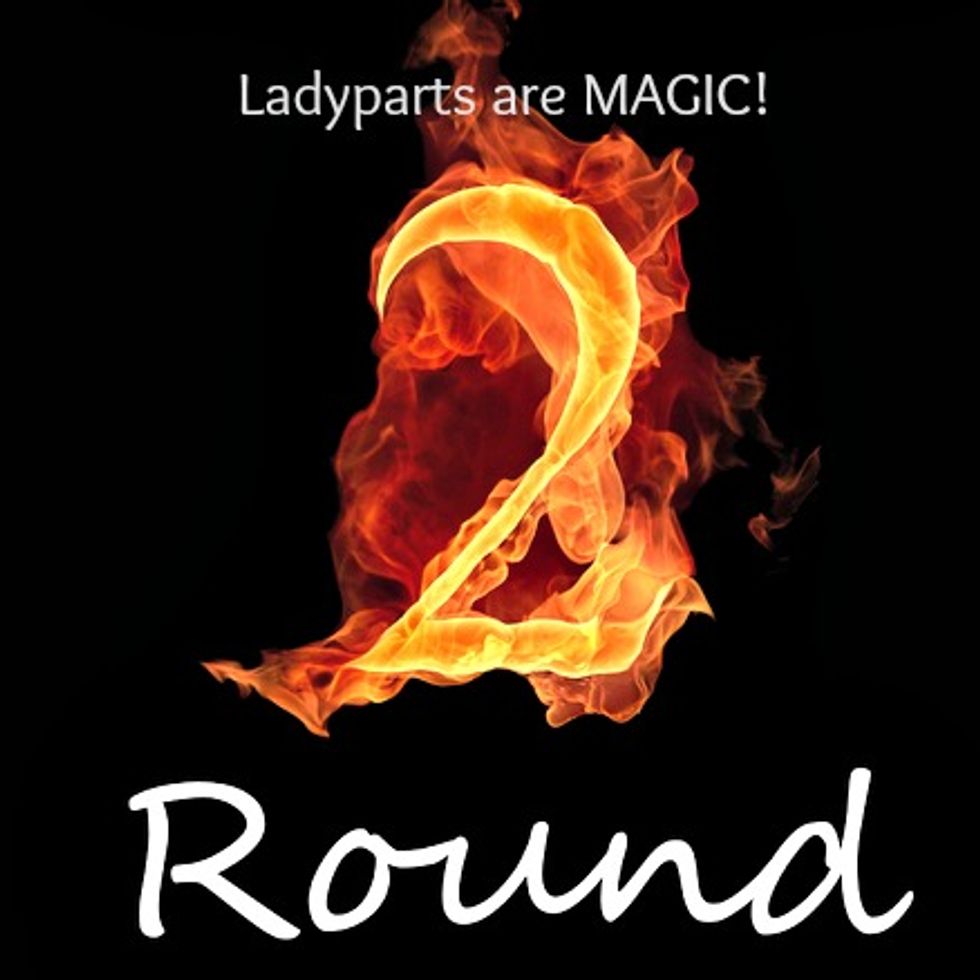 Do you remember your favorite Nazi research proponent and Congressperson Trent Franks (R-AZ)? Last Congress, he sponsored H.R. 1797, The Pain Capable Unborn Child Protection Act, which yr Wonkette described at the time as "a calamitous clusterfuck of epic proportions from start to finish." The bill would have banned all abortions after the 20th week of pregnancy, and while it did include a rape exception, that would only have been triggered if the woman reported the rape to police. And as everyone knows, that is always easy and convenient and safe for all women, hooray! After a floor debate that included insight into the masturbation habits of fetuses, the House passed the bill last June by a vote of 228-196, and then the Senate rolled around on the floor laughing and refused to touch it with a 10-foot pole. Remember when Democrats used to control the Senate, until a few weeks ago? Those were good times.

How about your favorite hater of undocumented children, Rep. Marsha Blackburn (R-TN), remember her? She was the House floor manager for the Pain Capable Unborn Child Protection Act. Why was she the floor manager instead of Trent Franks, who was the bill's sponsor? We are glad you asked! It's because Franks was  such a howling moron, even by Republican standards (the bar is low), even by Republican standards of Ladyparts Discussion Etiquette (the bar is extremely low), that the GOP leadership decided he wasn't up to the job. Franks apparently didn't get the memo that, while it is fine for Republican lawmakers to believe that women's ladyparts can magically avoid pregnancy during rape by shutting that whole thing down, it is not fine to say that. Which, oops, Franks did during a Judiciary Committee hearing. Guess who else made that argument besides Franks and also Todd Akin? Nazis! Nazis made that argument.

But all of this is ancient history! Why are we talking about these fun memories of a failed and terrible ladyparts regulation bill? Because the times, they have a-changed, and Republicans control everything everywhere, and Democrats control zippy squat. H.R. 36, The Pain Capable Unborn Child Protection Act, has risen, zombielike, from the bill hopper. This time, Franks and Blackburn have introduced the bill together, and guess what! It is the exact same bill that failed to pass the Senate's laugh test last Congress. But this time we are not laughing, because Republicans run the Senate now, where South Carolina's Lindsey Graham has promised to re-introduce the same damned thing from last year, and they probably will not laugh at this bill. They might pass it.

H.R. 36, like its predecessor, would ban abortions after the 20th week of pregnancy, which usually happen for super fun reasons, like a non-viable fetus, which women often don't find out about until around the 20th week or even later.  The bill was written as a challenge to Roe v. Wade, which allows pregnancies to be terminated until the point of fetal viability, which is not until around 24 weeks, despite Trent Franks' totally  random feelings as a businessman who used to own oil fields that viability occurs in most cases at 20 weeks. Science, it is so optional in the Republican party! Literally, if doctors say a fetus has zero chance of life, this bill requires the woman to carry to term anyway. And it contains the same rape exception as last year's bill, too -- just hop on down to the police station to report it, sweetie, and don't worry if your abusive boyfriend is standing by the front door, he'll probably let you pass. Your magic ladyparts will probably shut any pregnancy down, anyway, so stop crying.