GOP Does Its Own Death Panel On Obamacare Numbers 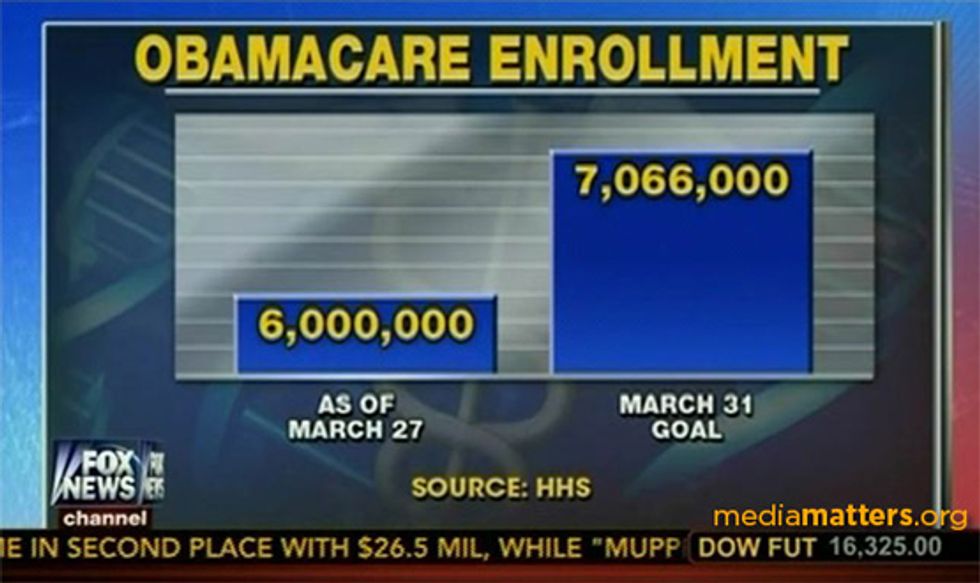 If the 2012 election was all about the "47 percent," you should probably brace yourself for another number in this year's midterms: "67 Percent." That's the "disappointingly low" percentage of ACA enrollees who have actually paid for their insurance, according to the House Energy and Commerce Committee. BOOM, Obamacare, total failure! Oh, except like the idea that only 47% of Americans pay any taxes at all, this new number isalso a lie. Republicans lying about numbers? UNPOSSIBLE!

But, but, numbers don't lie, do they? Hahaha, of course they do: you see, what the committee did was to ask insurance companies how many of their new enrollees had paid their first month's premium by the end of ACA enrollment on March 30. This was an excellent way to frame the question, since just about 4 million of the new enrollees signed up on the exchange between March and the extended cut-off date of April 15 -- and they therefore had until the end of April to pay their first month's premium. And so, by excluding a giant chunk of payments that weren't even due yet -- but including the total number of policies sold -- that 67% number is far lower than the actual final total is likely to be. On the other hand, it fits the misleading narrative that the Republicans like -- nobody was going to sign up for Obamacare, and then the people that did sign up for Obamacare aren't actually paying -- we suppose the next claim will be that nobody who paid their first month's premium will pay for their second, because all those welfare people are just lazy about bills that way.

And shortly before the committee released its skewed findings, insurance companies released data showing first-premium payment rates between 85 and 90 percent. Just like the White House said!

Still, 67% is definitely a "number" and it's also "accurate," in the way that a partial quote is "accurate." And so let's just acknowledge the House Energy and Commerce Committee's impressive achievement in fabricating meaningless data -- they can go ahead and quote us on that: Even the Obamabots at Wonkette had to admit that the study was an "impressive achievement."