GOP Rep. Explains Point of 'In God We Trust' Bill Was To Annoy Obama 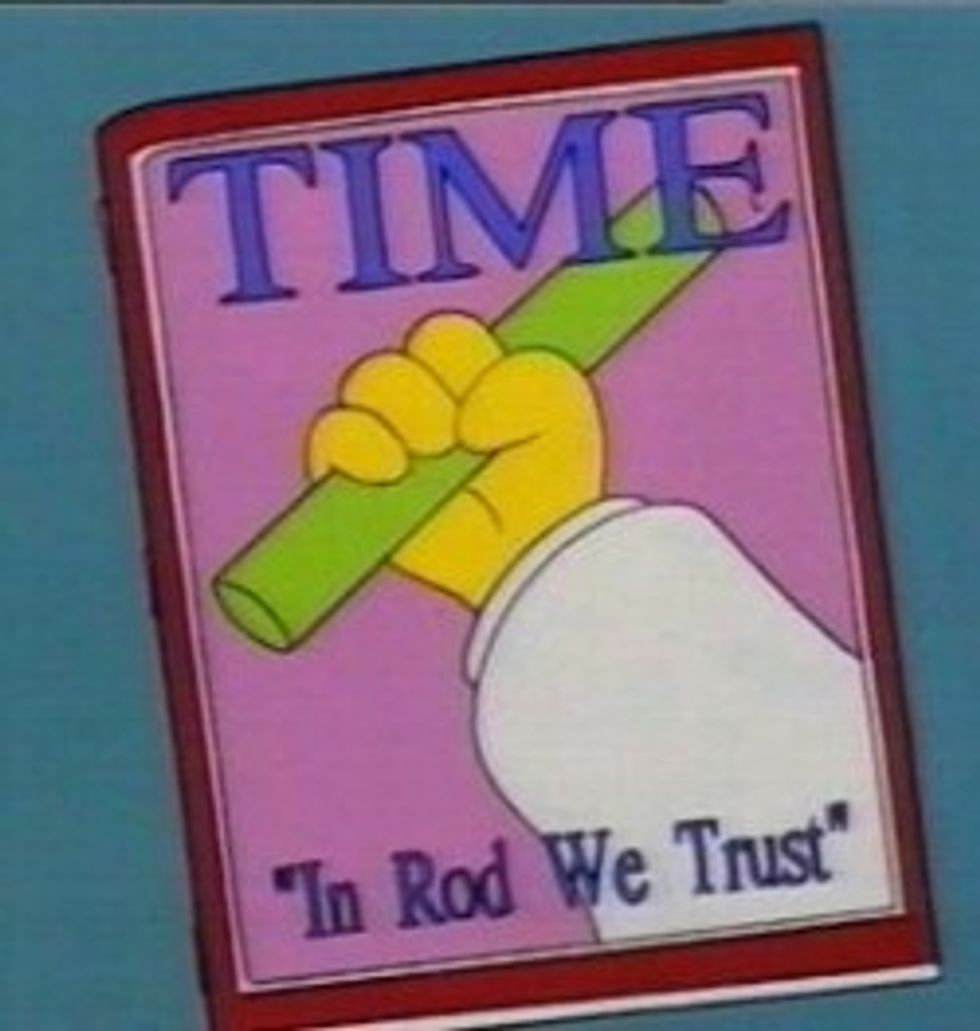 House representatives thought fit to claim their salary today byoverwhelmingly passing a bill "reaffirming" that "In God We Trust" is still the official slogan of the United States, even though this has been the case every single day since 1956. Why bother with this routine bit of depraved political theater? Because according to the goober Republican who sponsored it, Rep. Randy Forbes, "Almost a year ago, the president in making a speech across the world said that our national motto was 'E pluribus unum.'" Which is not even in English! So screw Barack Obama if he can't remember what America's tagline is, Congress will pass an entire resolution to teach him a dumb lesson about it. But just as importantly, perhaps, it will also help remind citizens to file their numerous complaints about the country with God.

"Unfortunately, there are a number of public officials who forget what the national motto is, whether intentionally or unintentionally," Rep. Randy Forbes (R-Va.) said in late Tuesday afternoon debate in the House. "There are those who become confused as to whether or not it can still be placed on our buildings, whether it can be placed in our school classrooms.

There you go, stick God's name on all our crumbling public schools and municipal libraries. Fixed.

Technically Obama just had his history mixed up. America's original Angry Mob the Founding Fathers did choose "E pluribus unum" (which translates to "Out of many, one") as the motto in 1782, sort a nice sentiment saying "hey look what happens when we band together, all this overthrowing of the evil, greedy British overlords." And it stayed that way right up until the McCarthy era and the threat of nuclear annihilation made Congress go all "shit, we officially trust in God" to make sure God knew where to aim any incoming wrath (at the godless pinkos).

The joke is still on the Republicans anyhow, since the Supreme Court noted in 1984 (ha ha) that "In God We Trust" didn't violate the establishment clause only because it had "lost through rote repetition any significant religious content." [The Hill]