GOP Rep. Hartzler Absolutely Sure She Isn't Sure That Obama's Birth Certificate Is Real 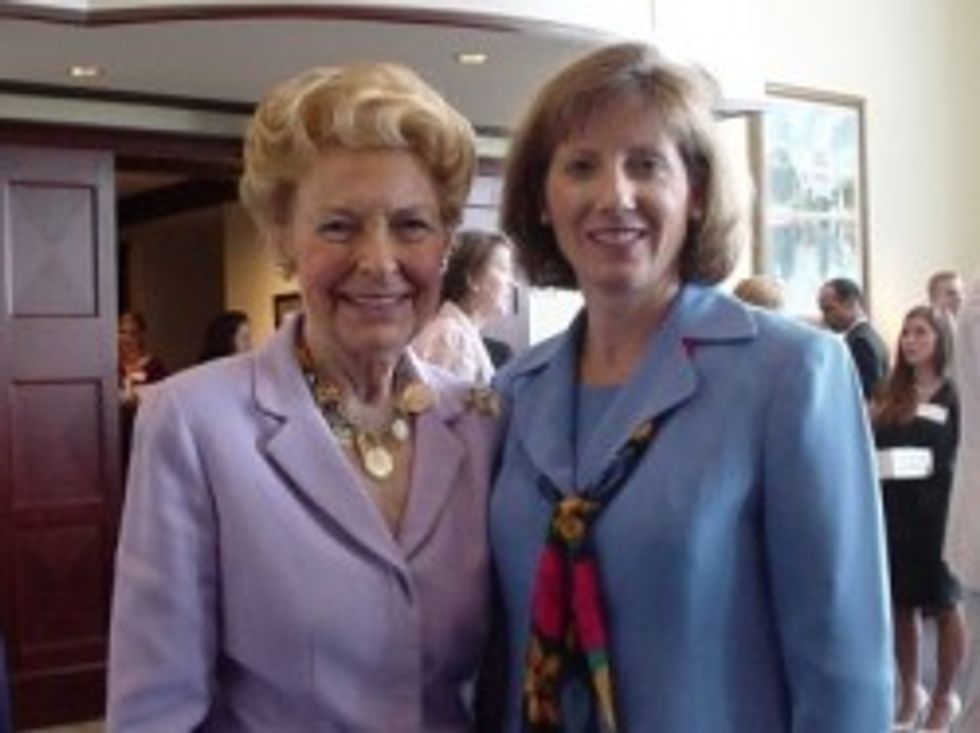 Fringe loonball Rep. Vicky Hartzler's weary spokesman has this report to share with us regarding the minutes of Hartzler's latest group therapy session with her constituents: “In responding to a constituent’s question regarding the Obama birth certificate, Congresswoman Hartzler confirmed that this issue has been raised by many 4th District citizens with whom she has spoken." Well, that sounds healing. She confirmed! All these wingnuts needed was a little confirmation, sure. Way to defuse the anger! Unless... eh, let's just roll the tape:

From the Sedalia Democrat:

“What do you think about Obama’s birth certificate being called a forgery?” asked a man who identified himself as an Army veteran.

“You know I have a lot of doubts about all that,” she said. “I don’t understand why he didn’t show that right away.”

When asked to clarify her doubts during press availability after the event, Hartzler said: “I have doubts that it is really his real birth certificate, and I think a lot of Americans do, but they claim it is, so we are just going to go with that.”

That is one way of "confirming" that people have asked you about Barack Obama's birth certificate being a fake, by telling them you think it probably is! But be nice for one time, mean old Wonkette, Hartzler did say that that is not even the issue:

Hartzler declined to say whether she believes Obama is a U.S. citizen, calling the issue “irrelevant” and said people should “focus attention on his specific policies and not his birth certificate.”

There we go. Bad policies. Barack Obama has bad policies, that is the important thing. So what sort of policies does Vicky Hartzler have, according to this same meeting with her constituents?

Well for one thing, Great Britain's film industry is not doing enough to villainize the U.S.'s second-largest trading partner:

“We need to have a new 007 James Bond movie with China as the bad guys,” she said, citing a report she read recently. “China has the largest spy network. They are stealing our intelligence from our corporations ... it has the largest industrial espionage and stealing theft in history.”

So get on that, Britain! The United States will handle all of China's non-stealing theft. Deal? [POLITICO/Sedalia Democrat]