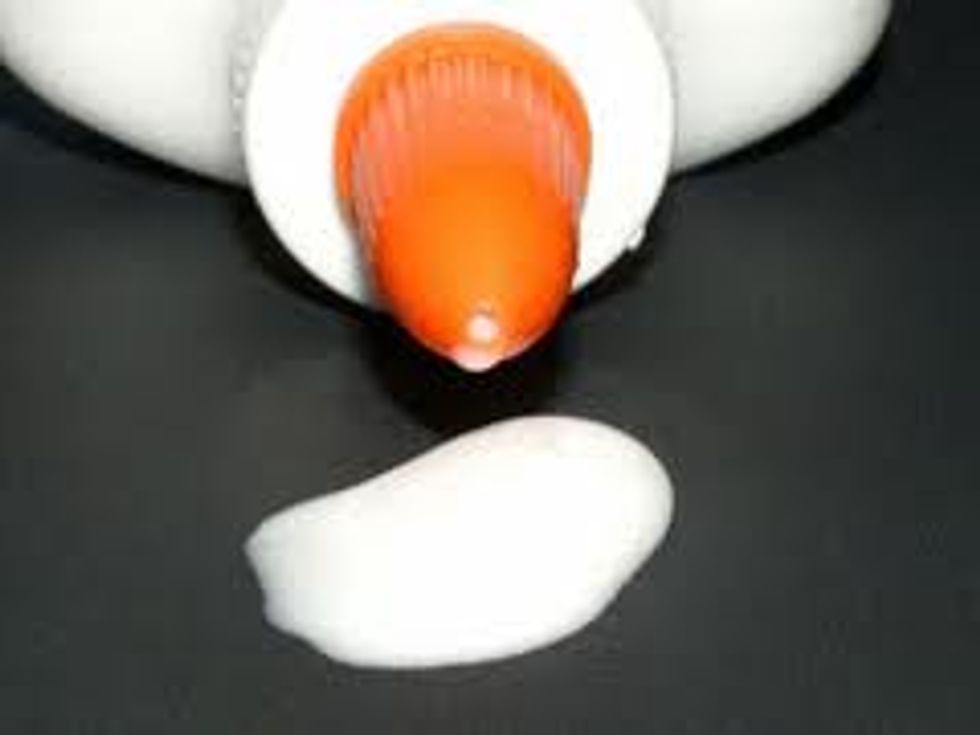 Drop the confetti and grab the lube, because Renee Ellmers has earned the rare Wonkette Daily Double Derp Dip (Non-Palin Division)! First, we reported that Ellmers's poor son got his unsecured murder toy stolen right out of the family's unlocked garage, probably by Eric Holder. (In that post, we reminded you about the time she said “I need my paycheck. That’s the bottom line,” right after she decided that other government employees wouldn't get theirs unless the Stormin' Mormon and That Obama let her mangle Obamacare.)

But what's this? Do you smell that? Smells like fresh Legislative Shitmuffins! It seems we have no choice but to nominate Ms. Ellmers now, because here's ThinkProgress curating her recent appearance on CNN. SPOILER ALERT: She was not intellectually honest!

ThinkProgress's headline was "Confronted With Example Of Obamacare Success, GOP Rep Freaks Out," which is not accurate; CNN host Carol Costello is the one freaking out, because Ellmers is a machine designed to infuriate smart people. At one point, referring to Kentucky Gov. Steve Beshear's account of Kentucky's success with their Kynect insurance marketplace, the host no-bullshit yells:

"But you're discounting everything the Kentucky governor is saying! You're discounting it all instead of sitting down with him and saying, 'Governor, let's talk. Let's figure this out together.'"

And what was the governor saying? Just some awesome stuff like this:

"Let me just give a piece of unsolicited advice to the critics, and honestly, to the news media: Take a deep breath. You know, this system is going to work… You know the last time we did a major transformational change in health care in America was back in 1965 I think it was, we passed Medicare. Well, history shows us it took two or three years to work through all the bumps in the road and all of the kinks to get it up and running and making sure that everybody joined up. So, this is going to work and everybody just needs to chill out a little bit.”

Republicans and Democrats actually agree that the news media needs to "chill out a little bit," as Ellmers rebukes Costello: "You're getting awfully angry about this situation [of me being thick and pretending I'm answering your questions when all I am really doing is trying to set the record for most times calling Obamacare a 'failure' and a 'disaster' in a single TV appearance.]"

Ellmers also says "Let's look at another state Obamacare was modeled after" and then talks about... Tennessee's TennCare, which is nothing like Obamacare.What about Massachusetts, you ask? What's that? Some kinda state or something? Never heard of it.