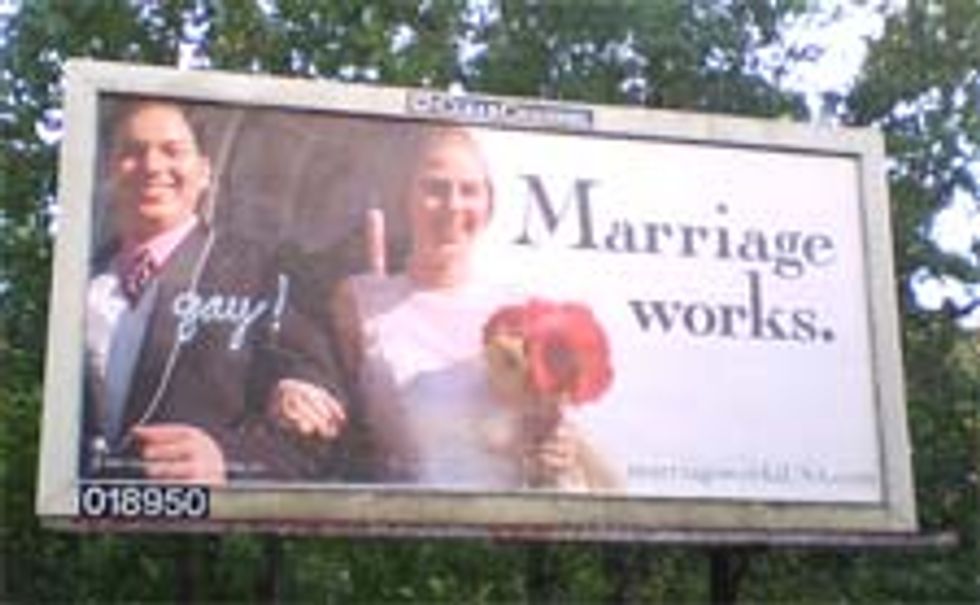 The Senate Judiciary Committee voted 10-8 today to advance a bill to repeal DOMA over Republican objections. Not just the usual "becuz Jesus no likey teh gheyz" objections, but for anovel new terrible reason: gay marriage will ruin Social Security! “No one has paid into the Social Security system expecting benefits to be paid to same sex partners," argued crabass old John Cornyn. Logic whiz Patrick Leahy was then forced to step in and remind the Republicans that, uh, gay people are actually still human? And have always been paying into Social Security like everyone else.

“Repealing the Defense of Marriage Act (DOMA) would actually result in an expansion of federal benefits and spending at a time when we know that federal spending is way out of control and our entitlement programs are unsustainable,” [John Cornyn] told the Senate Judiciary Committee Thursday.

The CBO found in 2004 that this wasn't the case, although even if it did all costs could probably be offset by the federal government purchasing exactly one less F-35 fighter jet or bombing one less village in Pakistan, but anyway here was Leahy's rebuttal that is so simple it is incredibly depressing that someone had to say this out loud:

“If you have a same sex couple, both of whom have paid into Social Security, both of whom have fulfilled all the things required, that somehow it would be wrong if they got the same benefits as an opposite sex couple would,” [Leahy] said. “Fair is fair. They paid. They should be allowed."

And in the other corner of the hearing, literacy hero Al Franken is also your new hero of basic history, for painstakingly explaining to Chuck Grassley that humans have not always been following the Pope's rules for marriage since the dawn of existence, despite popular evangelical myth: