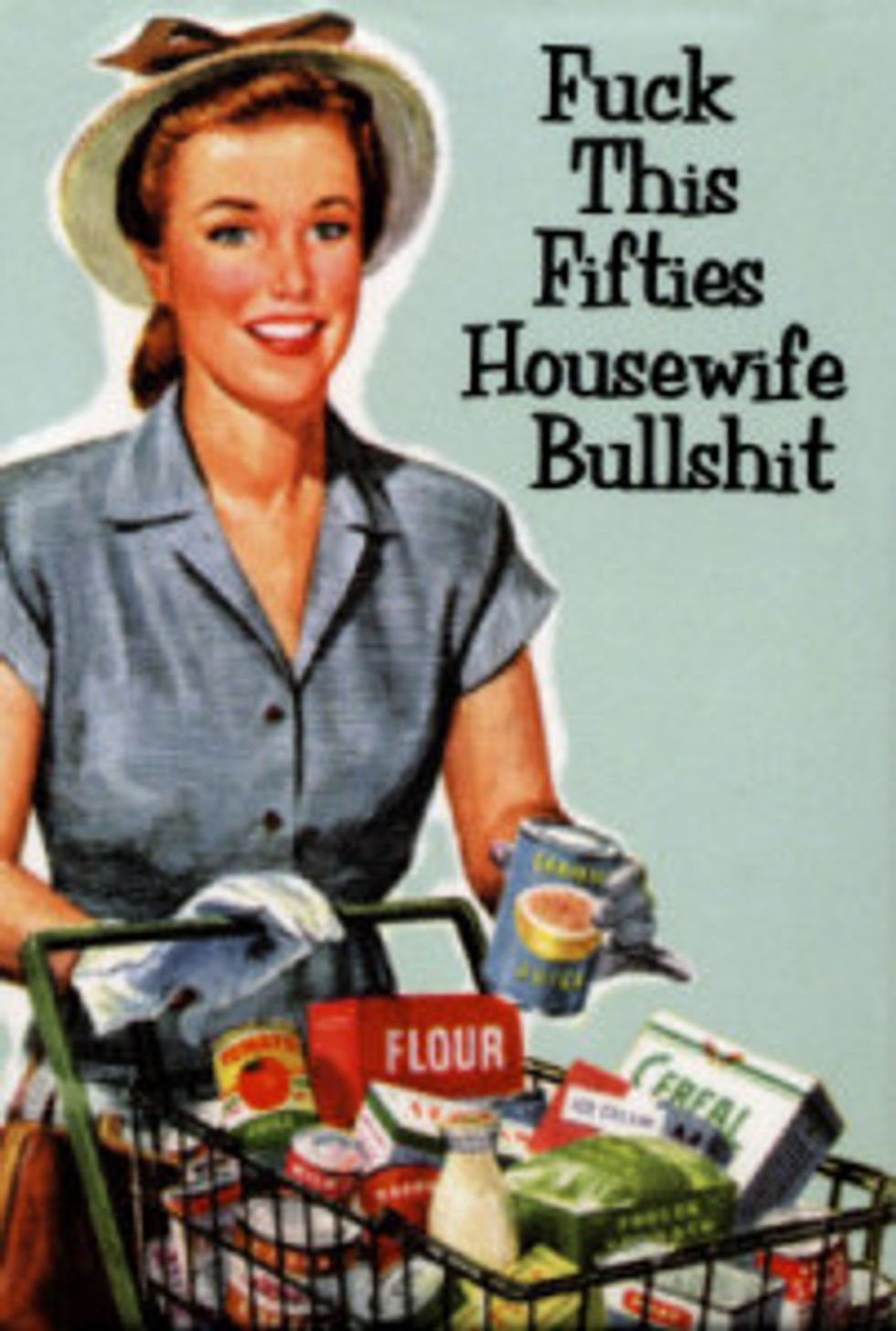 Hey ladies. Have you been patronized today? Have national Republicans belittled your tiny mind and puny ambition yet this week? Well, they might have, but would you have even noticed between all the housework and childcare and womanly duties? Probably not, so take yourself a little break from watching The View or prettifying yourself for your man, and let this mommyblog help you out.

House Republicans are putting the first touches on what they hope will be a formal program to recruit more female candidates for the 2014 midterm elections.

Maybe you want to trade in that vacuum cleaner for a seat in the House of Representatives!  Did you even know that you were allowed to run for office, or even vote (and not necessarily the same way as your husband)? Have no fear, because Freshman Rep. Ann Wagner (R-MO) is here to help:

“Women need to be asked,” said Wagner, who helped create a similar recruitment program as Republican National Committee co-chairwoman in 2001. “They have to be told of the opportunity and be encouraged to run.”

Conservative women often play the more traditional role as caregivers to their children, and running for and serving in Congress often prohibits them from carrying out those roles, said Angela Faulkner, a GOP direct-mail consultant.

Faulkner suggested the recruitment program should devote a significant amount of resources to help create child care options. It must also allow women to have more flexible schedules to take care of their families and the responsibilities of being an elected official.

What are you talking about, providing child care opportunities? You mean that sometimes it is difficult for working women to have a job and care for children? Is this why the GOP budgets regularly seek to cut funding for child care? Is it only conservative women who run for Congress who need this so-called “child care”? For the rest of you women out there, you are on your own. If you want child care, look into running for Congress on the GOP ticket, because then it is ok and stuff.

What about the Democrats? Aren’t they having an outreach strategy, too?

“The essential difference is that Republicans have to recruit women. All I have to do is answer the phone,” Israel said.

Apparently the demon-crat womyns know about opportunities to run for Congress, probably because they send out notices in the Gay/Lesbian Agenda Weekly. And they are bold hussies who just call Steve Israel and say, “Hey man, I wanna run for Congress, so once I get done with my high-powered job let’s go have a drink and talk about it, because I have a progressive partner at home who realizes that child care can be a shared responsibility because I don’t live in 19-fucking-50.”

One has to wonder why the Democrats have an easier time attracting candidates… let’s list a few of the possible reasons, shall we?

So it really is a mystery as to why the GOP has trouble attracting women to run for office. With a track record like this, perhaps women are more content to deal with the drooling, screaming brats they have at home, rather than the drooling screaming brats in the House.