GOP Senate Drops Words 'Civil Rights' From Subcommittee About Civil Rights, Because They Get It 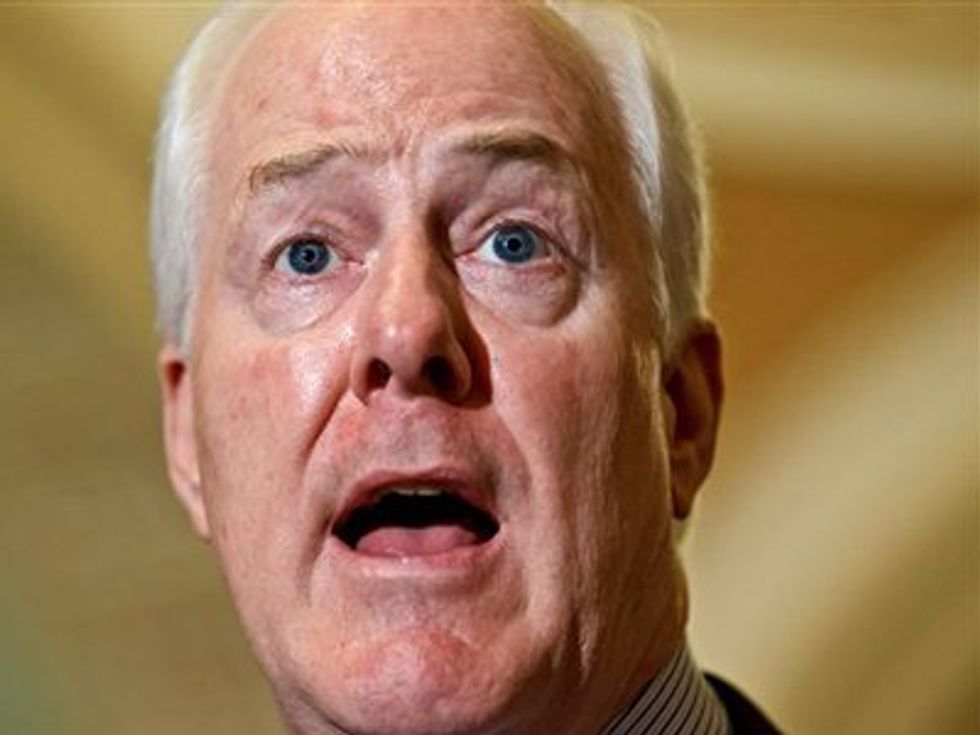 According to a Cornyn spokesperson:

We changed the name because the Constitution covers our most basic rights, including civil and human rights. We will focus on these rights, along with other issues that fall under the broader umbrella of the Constitution.

Okay, this Subcommittee has jurisdiction over constitutional and statutory civil rights matters, human rights laws, separation of powers issues, and constitutional amendments. So, the only real damage it can do is report out bills that would impact issues like voting rights, gay marriage, abortion rights, and firearms legislation. It's no big, just chill out, everyone. Corwyn said in a press release that he would "pledge to protect aggressively the U.S. Constitution and hold those who overstep it accountable for their actions." Great, we are excited to see Cornyn act "aggressively" and we will make sure we are wearing body armor when that happens, because have you seen his legislative priorities? They are guns, repealing Obamacare, Stopping Ladies from Having Abortions, Securing Our Borders Against Brown People, and guns.

Nancy Zirkin, the Executive VP of the Leadership Council on Civil and Human Rights, called the Subcommittee's name change "discouraging:"

"Names matter. This, after all, is a subcommittee with jurisdiction over the implementation and enforcement of many of our most important civil rights laws,” she said in a statement on Friday. “Changing the name of this subcommittee is a poor start, but the proof of the panel’s seriousness about addressing these issues will become apparent in its actual work. We only hope that this troubling name change doesn’t foretell a heedless retreat on civil and human rights.”

"Discouraging" is one way to describe the name change (and also the entire concept of Republicans being in charge of anything related to civil rights or constitutional rights, or, actually, anything, ever). We guess Nancy Zirkin had to say it that way, because she is a professional and a leader in a major civil rights organization, but another way to say this might be: holy shit, it's going to be a long two years, please kiss your civil and human rights goodbye in the meantime, omfg this could turn out to be worse than we imagined and it hasn't even started yet.

Don't even worry about it, though, if you want some civil rights or human rights, this Subcommittee will still protect you if you are a white man or a white gun owner or a fetus. In the interest of total honesty, Cornyn should have named it the Subcommittee on It's Christmastime for the NRA and Shut Up You Do Not Get Voting Rights, You Are Way Too Black, but he's obviously a total RINO.