GOP Senator Really Sorry He Made Fun Of Your Boob Cancer 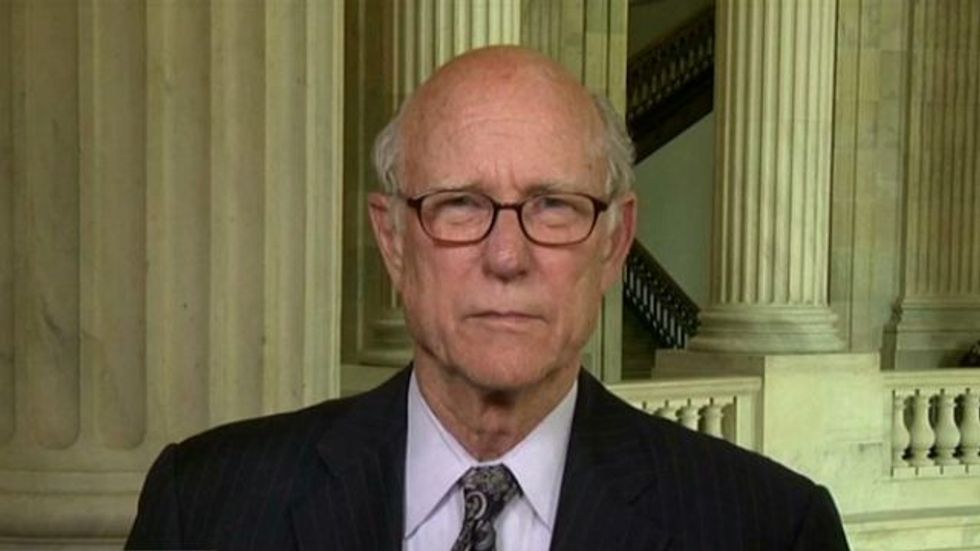 Maybe Larry David can play him on SNL too

Once it started looking like TrumpDon'tCare might eliminate requirements that health insurance actually cover a range of essential services, Republicans started having all sorts of fun pointing out that men will be freed of the burden of paying for ladyparts health, because men don't have ladyparts, hooray! Assuming they actually vote on the bill, ever, of course, since at the moment they've "delayed" it because of how they are quite poor at governing and don't have the votes.

But we were speaking of Kansas Senator Pat Roberts, who realizes that in all his excitement over the prospect of axing requirements that women's health services be covered, he may have gone a little far, so he's apologizing for a very funny joke he made: Asked by Talking Points Memo reporter Alice Olstein about the prospect that premiums may be cut at the cost of axing essential services, Roberts replied with a witty quip about men not having boobies:

Do you get the joke? Men can save a lot on insurance by not having to pay for icky women and their weird diseases, especially since men never get breast cancer, except for when they do. Apparently, someone pointed out to Roberts that his little quip might be considered thoughtless, even though he may privately know it was really the tits, so he let the forces of Political Correctness force him to apologize:

"I deeply regret my comments on such an important topic," Roberts said in a statement. "I know several individuals whose lives have been saved by mammograms, and I recognize how essential they are to women's health. I never intended to indicate otherwise, and I apologize for my comments."

Roberts nonetheless said on CNN he thought it would be a great step forward for freedom of choice if health insurance didn't have to really cover luxuries like "health," explaining that dropping the essential health services requirement would be fine:

"I don't think it's the end of the world in terms of coverage by any means," he said. "That would be by the decision of the individual and the doctor of their choice. That's the whole point. "

Asked whether mammograms should be covered, Roberts suggested he wouldn't need them because he's a male.

Roberts has quite a way with a witticism; as you may recall, back in 2014 he welcomed American citizen Vivek Murthy to the USA on the occasion of his nomination to be Surgeon General of the United States, advising Murthy that he knew a whole bunch of Indian doctors back in Dodge City:

"I'm going to invite you, because we have a lovely doctor from India," said Roberts [...] "She's in her mid-30s, and she's highly respected by the community. And another doctor from India who did a carpal tunnel when I did a stupid thing. And so, I think you'd be right at home, and we would welcome you."

Also joining the parade of Republicans celebrating the fact that men cost less to insure because their insides aren't cursed by God was Sean Spicer, who explained gutting essential services would be no big deal, since again, it would make everyone's insurance cheaper and crappier (much crappier, in case you need an explanation of how insurance actually works). Spicer thought it was such an obvious point that, duh, of course men shouldn't have to pay for ladyparts coverage:

"Well, I think if you're an older man you can generally say you're not going to need maternity care."

Yeah, what do men have to do with babbies anyway? NOTHIN'. Especially not old men, like our 70-year-old president and his 10-year-old son.

Yr Wonkette is ad-free, and it would make us all kinds of happy if you could help us keep it that way with a generous donation. Just click the Donate bar below the article!