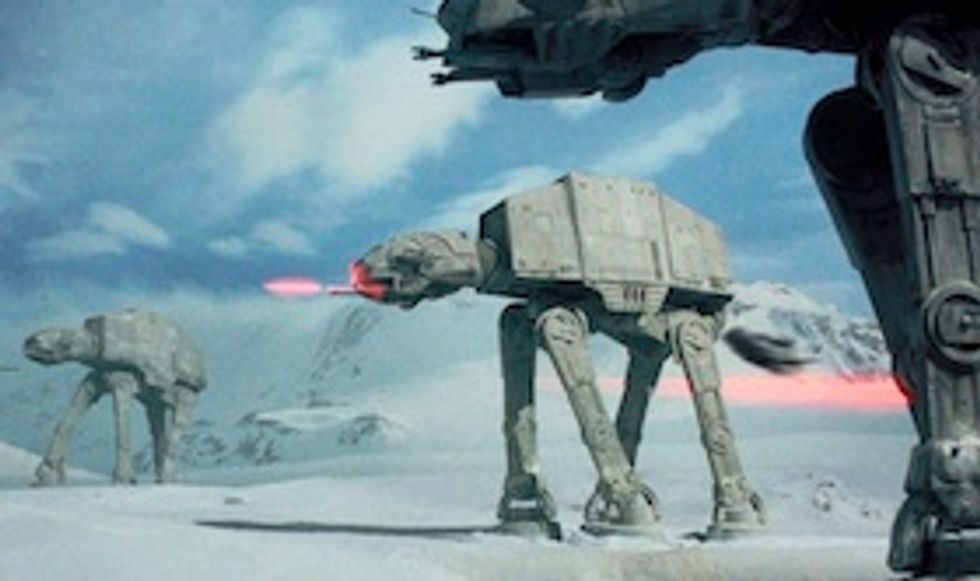 A group of weepy warlords in the Senate including ol' Jowls McGoo Joe Lieberman are busily soiling their Depends over a $487 billion planned reduction in defense spending over the next decade that was included in the White House fiscal year 2013 budget. But know who is not having a whiny meltdown over the proposed cuts? The people in charge of the military are not! Because they helped to design the cuts, along with the White House. And this is trying the patience of various Republican Senator humans and Joe Lieberman who refuse to have their naps until everyone goes back to the old system of military appropriations, where the Pentagon sends over its thirty-mile long list of every wish it ever had scribbled in blood collected from Afghan corpses and Congress says sure, the FDA does not really need to screen baby formula for arsenic this year. That system worked so well!

A group of Senate Republicans is pressing the Pentagon to submit "wish lists" to Congress, arguing lawmakers cannot determine the military's budgetary needs without them.

The service chiefs have announced they are ending the long-standing practice of sending annual budget wish lists to Capitol Hill. They say the budget proposals submitted to the DOD for fiscal 2013 include everything they need, given the financial pressure the department is under.

But the decision to end the wish lists has drawn protests from Republicans, who have questioned whether military leaders are withholding their true opinion of President Obama's proposed cuts to defense spending.

So that is sort of a fun tactic, for the Republicans to start worrying now, in 2012, that the military's top brass are publicly lying about war stuff.

Here, Joe Lieberman, we have found a report to soothe your rage:

"More jobs" is much less exciting than having a bunch of trillion-dollar doorstops littering the tarmac at a military base in Texas, though, so we should not discount that. [The Hill]