GOP Senators Have Had Quite Enough Of Your 'Research' And 'Economics' 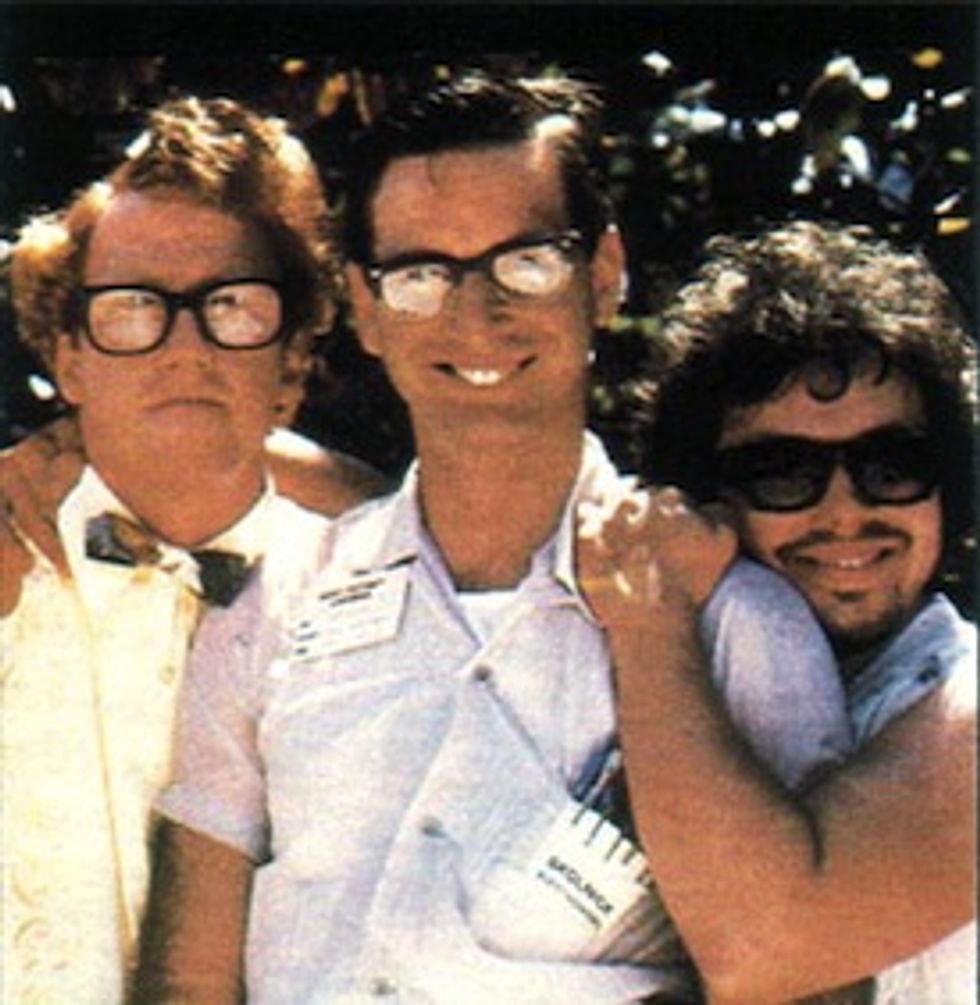 Are you tired of petty partisanship, of red/blue bickering, of the enthusiastic embrace of blatant falsehoods generated for political gain?

Well you can cross another enemy off the list, because Senate Republicans have finally stood up to the reprehensible grandstanding of ... the Library of Congress.

Yes, dear citizens! The library's reign of terror is over! No more will they plague our government with "reports" of "findings," especially when their "research" — if you can call it that — dismantles the entire economic ethos of half of the American political spectrum.

The report we speak of this time is one from the Congressional Research Service, a nonpartisan agency that analyzes policy and legal issues for Congress. It was founded in 1914 and employs more than 600 lawyers, scientists, librarians, and economists, all working to help legislators better understand the issues around which they are crafting laws.

You know what that means — they cannot be trusted.

They wrote up a report, see, about how there isn't any measurable influence on the economy from changing the tax rates of the wealthy. That's right: They found that increasing taxes on "job creators" doesn't harm the economy. What a buncha maroons!

And what "evidence" did they use to conclude this, New York Times?

The report received wide notice from media outlets and liberal and conservative policy analysts when it was released on Sept. 14. It examined the historical fluctuations of the top income tax rates and the rates on capital gains since World War II, and concluded that those fluctuations did not appear to affect the nation’s economic growth.

Egad! Who do these economists think they are, using 65 years of data to inform politicians about the consequences of their policies? It's almost like they want things to be decided using informed reasoning instead of pseudo-patriotic platitudes! It's almost like... they hate capitalism. And eagles.

The Congressional Research Service has withdrawn an economic report that found no correlation between top tax rates and economic growth, a central tenet of conservative economic theory, after Senate Republicans raised concerns about the paper’s findings and wording.

Well, they SHOULD be concerned about the findings, as they make the Republican rhetoric of the past decade or five look kind of ridiculous. But this is America, where we are well beyond economic research or labor statistics or believing people who are paid to research things. Everybody knows anyone who disagrees with Republicans is just a liberal in a labcoat. Plus, "evidence" sounds an awful lot like Sharia law.

So Sen. Mitch McConnell and a few of his pals “raised concerns about the methodology and other flaws," and he should know, because if there's anybody qualified to critique the methodologies of congressional research economists, it is a dude who graduated law school 45 years ago and immediately became a politician.

“There were a lot of problems with the report from a real, legitimate economic analysis perspective,” said Antonia Ferrier, a spokeswoman for the Senate Finance Committee’s Republicans. “We relayed them to C.R.S. It was a good discussion. We have a good, constructive relationship with them. Then it was pulled.”

Yes, there's nothing like a government agency having a "good, constructive relationship" with a bunch of people who got elected by making lists of government agencies they want to blow up. At least everybody's happy now, right?

A person with knowledge of the deliberations, who requested anonymity, said the Sept. 28 decision to withdraw the report was made against the advice of the research service’s economics division, and that [report author Thomas L.] Hungerford stood by its findings.

Ah, so the economist guy is kind of pissed, but who cares? He's only the guy who knows what he's talking about. Clearly he has no place in Congress. [NY Times]