GOP: Thanks For The Votes Ladies, We'll Take It From Here 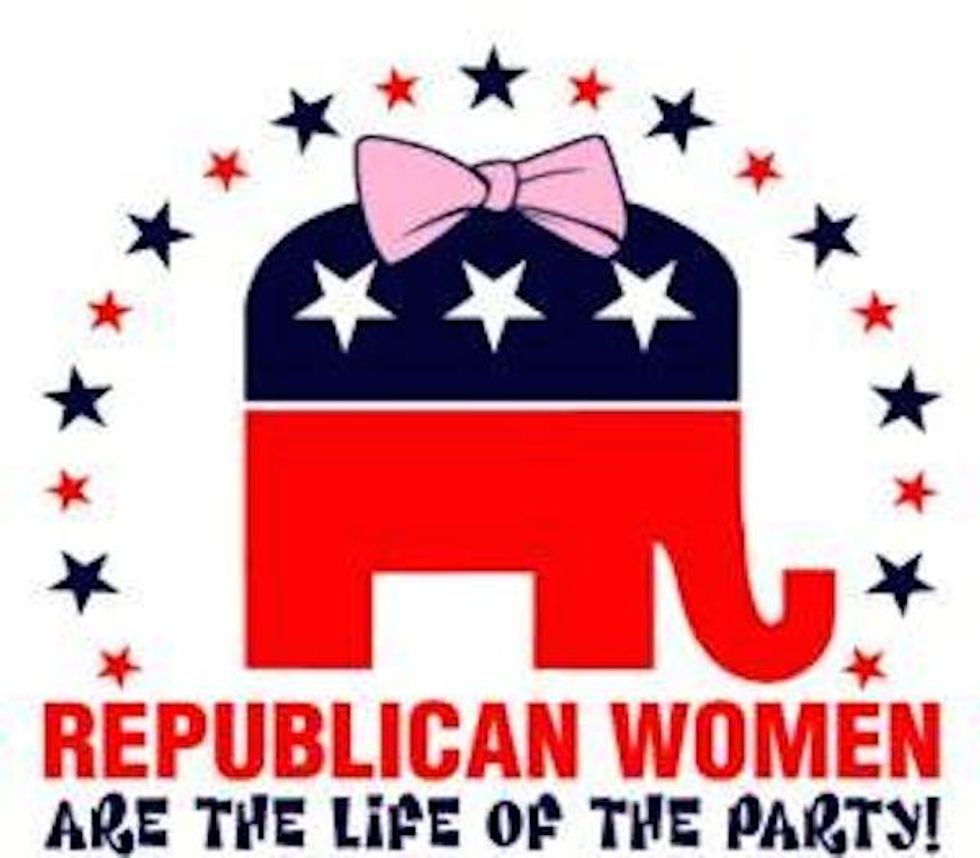 Republicans aren't too keen on putting women in charge. In the US House of Representatives, men will chair 20 of 21 committees next year. Assignments aren't finalized for the new GOP leadership in the US Senate, but Lisa Murkowski appears to be the only woman to chair a committee on that side of the Capitol as well. And MSNBC just reported that 79 percent of chiefs of staff for Republican Senators and Members of Congress are male (compared with 60 percent for Democrats).

So you might not be surprised that my research so far indicates that the Republican takeovers of state legislative bodies are also not resulting in a slew of women leaders of those chambers.

In fact, all 11 state lawmaking chambers that flipped to Republican control in this month's elections –- six senates, five houses or assemblies -- will be led by men. In 10 of the 11, the new Speaker or Senate President (or President Pro Tempore, depending on the state's particular quirks) has been chosen; in the other, all the reported contenders are male.

But give the GOP some credit where it's due. Republicans in Montana and Wisconsin have selected Debby Barnett and Mary Lazich to the top state senate posts, joining Susan Wagle of Kansas and Tonya Schuitmaker of Michigan to put women in charge of four of 35 Republican-controlled state senates next year. That's 11 percent (for you women, who I hear are not so good at math); not great, but not as bad as it could be, considering that women make up just 15 percent of all GOP state senators in the country.

Women hold closer to 18 percent of all lower-chamber Republican seats, but there the boys are definitely in charge. Republicans will control 33 state houses and assemblies now, including five they've just taken over, and 10 more where they've just chosen a new Speaker. All 15 of those newly crowned leaders are men. It appears that the only female Republican Speaker in the country will be Beth Harwell of Tennessee -- assuming she withstands a reported challenge. That's one woman and 32 guys, a 3 percent/97 percent gender split.

Barring some possible late developments, it appears that men will hold the top post in 93 percent of all GOP-led house legislative chambers -- the exact same percentage as before these elections, but now covering more than two-thirds of all the country's lawmaking bodies.