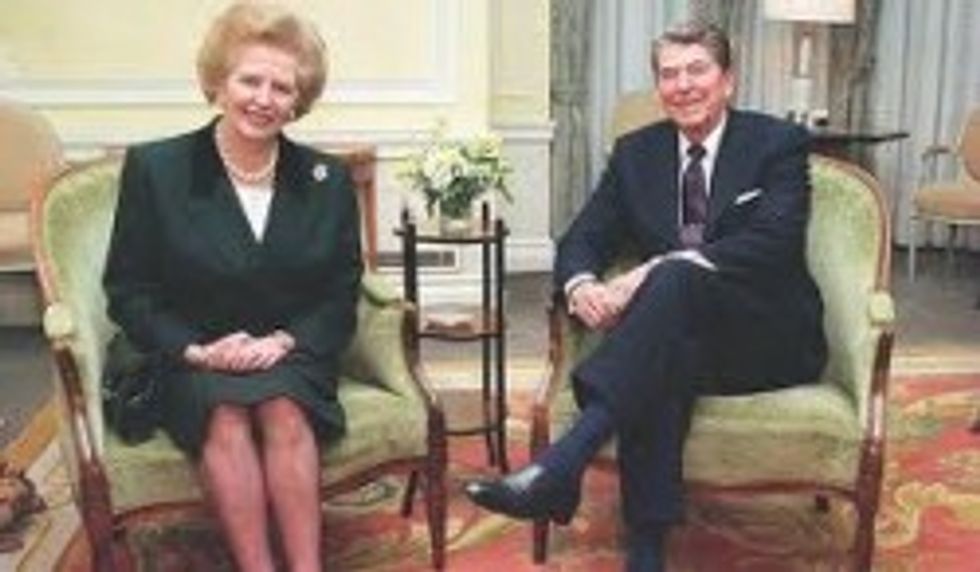 Hey girl. You probably already heard that the GOPblocked the Buffett Rule, the "political" "gimmick" that says millionaires have to pay as much in taxes as Ronald Reagan's secretary. Everyone knows that making millionaires pay the same rate as losers like you means punishing them for their success. ONLY YOU ARE TO BE PUNISHED, because we know you like it. Pay those taxes! Yeah, yeah, pay 'em harder!

The Buffett Rule is broadly favored in American society -- as the Washington Times notes, "its approval stands at better than 50 percent," and 60 percentis higher than 50, so the Washington Times finds itself in the rare position of only lying a little bit. But since the Senate Democrats don't have 60 votes (and even when they had 60 votes those votes still came with Ben Nelson attached), nothing will ever be passed forever and ever. Like, purely hypothetically, the Democrats could compromise their way to a Republican plan made by Republicans for Republicans, and when it came time to vote for it, it would be Fascist Marxist Communist Leninist Trotskyite Stalinist Bolshevik Liberation Theologist Socialism! So weird, right?

Anyhoo, the vote was 51-45, which means it lost because Democrats and Barack Obama are pansy-ass losers. Joe Lieberman missed the vote (and apparently he counts for four), but says he would have been against it too, had he managed to waddle himself over there, because "job creators" and "assorted nonsense" and, hmmm, well let's just ctrl-c:

“To me, economic history proves that lower capital gains taxes grow our economy and higher capital gains taxes don’t increase revenues,” Mr. Lieberman said in a statement, calling the Buffett tax “especially ill-timed” because businesses report sitting on billions of dollars they otherwise might be investing if they had more certainty about the economy and tax policies.

Let's repeat that in italics this time instead of [strong]: Businesses report sitting on billions of dollars they "otherwise" "might be" "investing" if they had more "certainty." Also, if you want to know about capital gains rates and growing economies, may we suggest Kevin Drum's blog, or Ezra Klein's maybe, or pretty much any economist in the world who does not work for AEI? And that's why we threw Joe Lieberman the fuck out of our party, The End. [WashTimes]