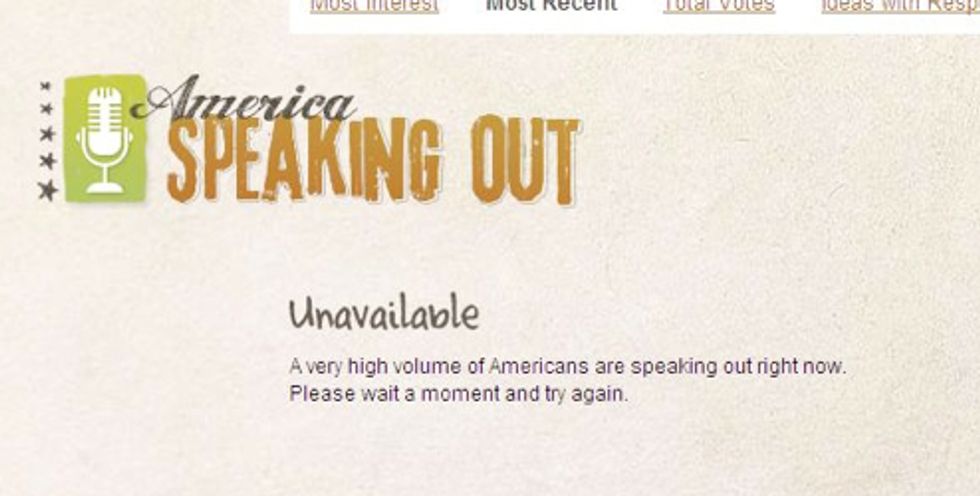 Several friendly jackass readers have notified your Wonkette of the current status of the GOP'snew comedy website,America Speaking Out. Apparently so many brilliant American political/policy strategists are trying to type in cock jokes that the website -- which Rep. Kevin McCarthy was only able to create after he "personally traveled to Washington state and discovered a Microsoft program that helped NASA map the moon" -- is now acting like a lazy Muslim. How are Wonkette-Americans going to write Dana Milbank's columns for him from now on, given this roadblock? (Oh look, it's working now! Not working. Working! Whatever.) [America Speaking out via operatives "Max B" and Blogslut]