GOP Women Count Carefully Back To Ferraro, Come Up With 'GOP Only Party With Chick Veep In Past 25 Years' 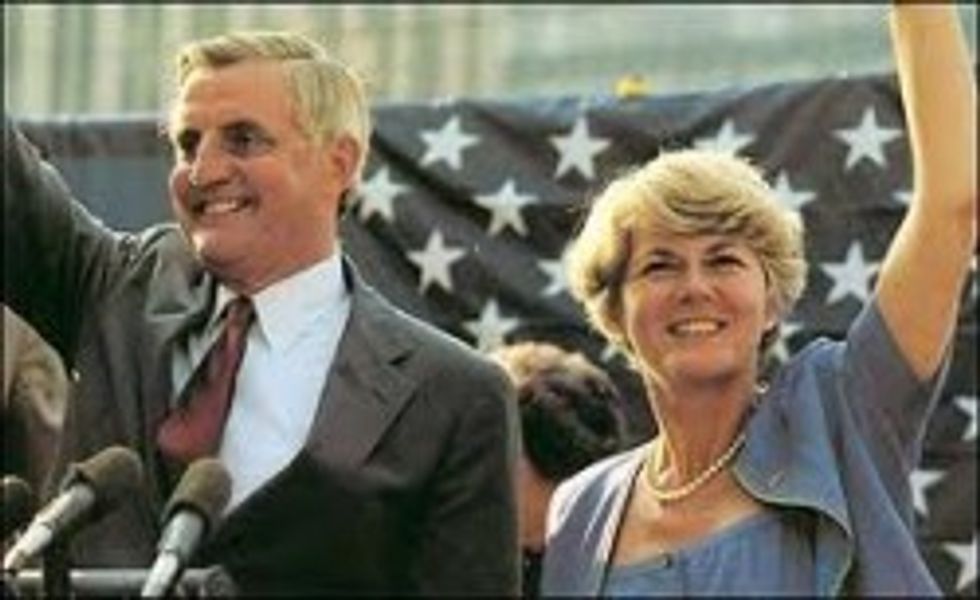 Hey GOP women, is theGOP the real party of women? Please answer in the form of a sexist "joke"!

There’s an important truth here. The things that women focus on and the decisions they make are often unappreciated — but they’re the foundation of our society.

Good joke, GOP women! Because a woman's place is in the home, so that is all the stuff she cares about, because she is vapid and trite, which prompts the difficult question of just what the fuck these women are doing in Congress, we are pretty sure it is not voting on their household budgets anytime soon? Ha? So, right, some GOP broads wrote a column that started with that "old joke" (that honestly we don't really get, but we are probably not their target audience, too busy murdering children, and thinking about the Middle East, sorry), and then moved on to all the awesome reasons the GOP is the real party of women.

For the past few months, the Democrats have been accusing Republicans of waging a “war on women” as if some honest disagreements between the parties — over matters like how an “Obamacare” mandate should affect religious institutions or the proper scope of federal law on tribal land — constitute a deliberate GOP campaign to take away women’s rights.

Nothing could be further from the truth, and Republican women have been at the forefront exposing these myths. Let’s face it: Republican women — like us — would never be part of a party that didn’t believe in women’s rights, equal pay for equal work and strong laws against sexual violence. The Republican Party believes in all of those things.

Huh, that is funny, because only three Republicans in the House voted for the Lilly Ledbetter Act (which actually makes "equal pay for equal work" a doable proposition, since it allows people to sue once they find out about the wage discrimination they suffered), and none of you were among them! And, hmmm, your "strong laws against sexual violence" were actually weakened with your vote on the House version of the reauthorization of the Violence Against Women Act! Weird!

We have a dynamic group of 24 women in the House, including a record nine freshmen. Four of the six women governors today are Republicans. We’re also the only party in the past 25 years to nominate a woman for vice president.

Cool! We wonder if they made sure a man checked their math (it is hard!) before counting back to 1984 so they could get the proper number of years in which the Democrats haven't managed to field a female nominee for veep (28!). We are glad you went with "25" instead of "28," because that would have sounded super shifty! But that sort of prompts a question of its own -- why did it take the GOP 24 years after Geraldine Ferraro (God rest her crotchety soul!) to find a Gyno-American of their very own?