GOP's Got A Fever, And The Only Prescription Is More Benghazi! 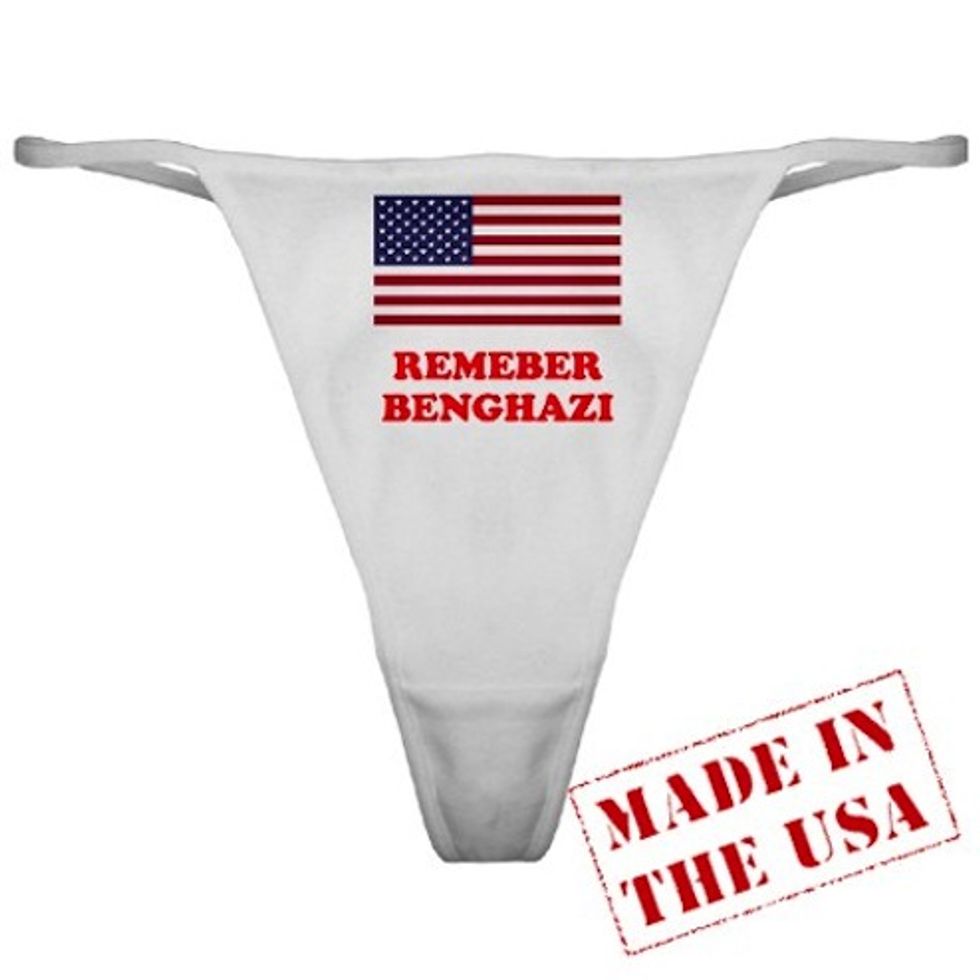 If you need further proof that the newly created House select committee to investigate BENGHAAAAZI!!!11!! is political theater designed to give the wingnuts an "accomplishment" to put in this fall’s election ads while separating the rubes from some campaign donations, look no further thanthis little nugget:

Almost every one of the 230-plus House Republicans is clamoring to be among the seven members placed on the Benghazi select committee.

Multiple Hill reporters tweeted that 206 congressional GOPers had requested a seat on the committee.

This raises the question of who are the RINOs who don’t want to be on the committee, and can any of them still be primaried?

David Drucker of the Washington Examinersuggests that the Republicans not seeking a seat on the committee are mostly representatives who are retiring or running in competitive districts, so presumably they don’t want some voters thinking they have gone running off this cliff with the rest of their insane caucus. Which means nearly 90% of the GOP in the House at worst doesn’t think that appearing insane will hurt them in their election campaigns this fall. Which is depressing enough.

The other piece of evidence that this is a bunch of Kabuki theater, as if you needed it, was a fundraising letter the National Republican Congressional Committee sent out yesterday telling the rubes that for a measly $25 donation, you too could be an official Benghazi Watchdog. Wingnuts do love to play-act that they are vitally important to the continued functioning of the Republic by giving themselves official-sounding titles, like those idiots out at the Bundy Ranch playing Red Dawn with real guns.

Even Rep. Trey Gowdy, who had to give up his new job playing the serial killer chased by burned-out cop Jake Gyllenhaal in a B-movie in order to chair the special committee, told his fellow Republicans to knock off the fundraising. So big of him to try and follow John Boehner’s directive that this whole thing won’t turn into a circus.

With exquisite timing, nasal-voiced hate machine Dana Loesch hit the nail right on the head. Only the head was her own and she didn’t stop with one swing of the hammer.