GOP's New 'Joe The Plumber,' 'Chris The Baker,' Just As Tawdry As The Last One 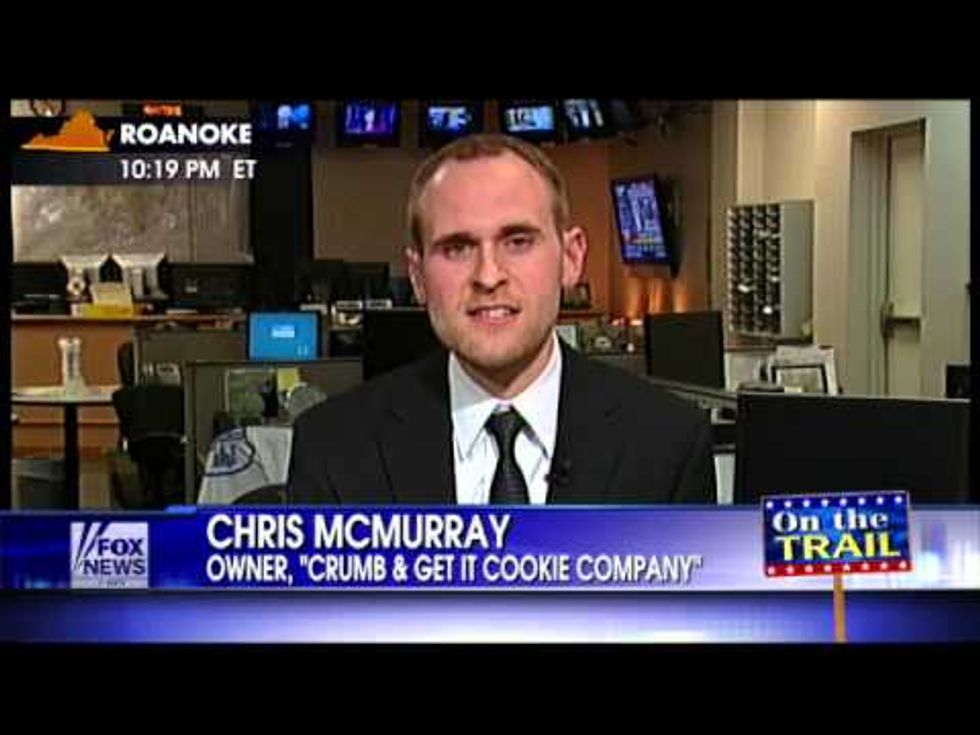 Oh, did the Republicans make someone their new national hero for being rude to a Democrat, in this case our dream lover, Old Handsome Joe Biden? They did? That's so weird, we would never have guessed. You will remember this "Chris the Baker" fellow fromcupcake-blocking Joe's appearance in his cupcakery, because he was mad that Obama said he didn't build that. Well, Chris the Baker might have built it! But he also built another place, which he reportedly fled in the middle of the night with his rent unpaid. Why are all these people who refuse to pay their bills so staunchly Republican? Oh, did we just answer our own question? We did!

On Wednesday, the Romney campaign put Chris McMurray, the owner of Crumb and Get It Cookie Company in Radford, Va., front and center at a rally featuring Romney's running mate, Paul Ryan.

The Romney campaign discovered McMurray after he declined to host Vice President Joe Biden at his bakery last week. The small business owner “happened to disagree with the president and vice president on a few a things," he said Wednesday at the campaign event in nearby Roanoke -- where President Obama just one month earlier uttered the now infamous "you didn't build that" line, sparking Republican outrage.

And blah blah blah he loves to skip out on his bills (ALLEGEDLY):

A sign posted on Crumb and Get it Cookie Company's doors for more than four months states the store is undergoing a management change and is temporarily closed.

But Bob Pack, managing partner of Kent Square North, where the store is located, said the locks have been changed and the space has been shown to potential renters because the store's owners, Christopher and Kelly McMurray, have moved out of state and have not returned Pack's phone calls about money owed on the space.

"It's one of those deals where they kind of pulled out in the middle of the night," Pack said. "Unfortunately, it's not uncommon in this [the rental] business."

No, it isn't uncommon at all, sadly! And since McMurray (ALLEGEDLY) skipped out on his rent in April of 2009 in the middle of the night like a common gypsy or Newt Gingrich (same thing), we are sure he will just blame it on Bamz, because he had been president for like four whole months by then, and anyway he was responsible for the economy before he was president too, you can ask anyone, it is just a Science Fact.

When will we see Chris the Baker for Congress? Soon? Will it be soon? We hope it will be soon!