Gov. Paul LePage To Nurse: Sure Would Be A Shame If An Angry Mob Attacked You 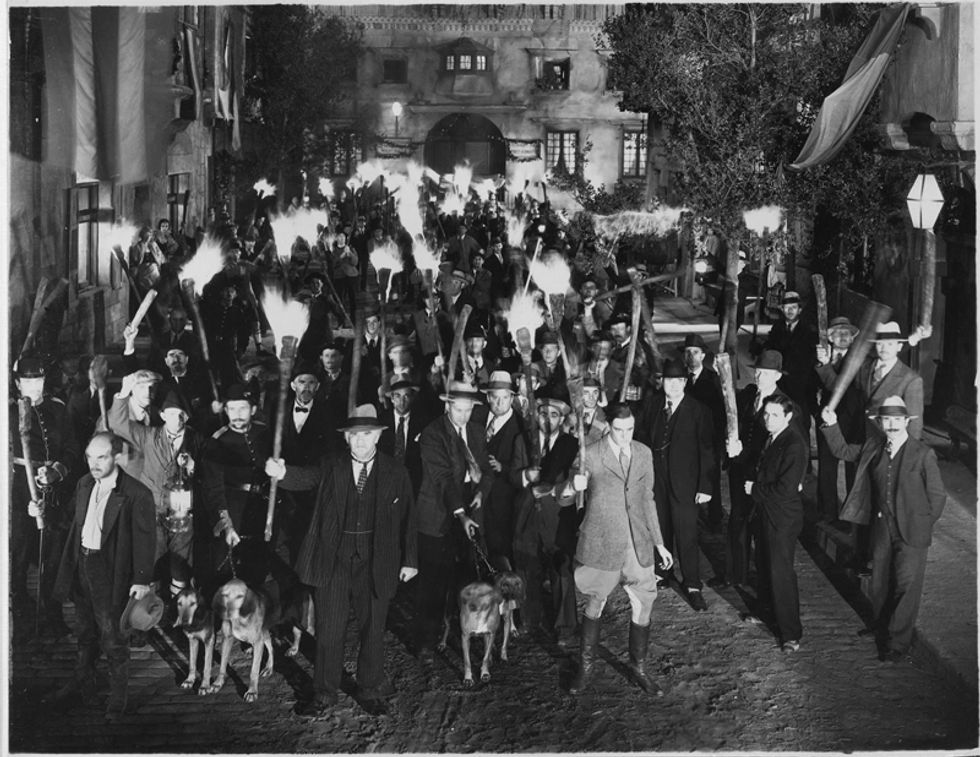 Nurse Kaci Hickox took a bike ride Thursday, and it was huge news because she was defying Maine's arbitrary, unscientific semi-quarantine against her. There's no official order, but the state has said she should not leave her home until Nov. 10, and there's been a state police car parked outside her home, just to keep an eye on her.

Hickcox, who has tested negative for Ebola -- twice -- and has no symptoms and is not a danger to anyone, earned herself a first-rate mafia-style threat from Maine Gov. Paul LePage:

"Right now, she can come out of the house if she wants, but we can't protect her when she does that. The reason there's a police car there when she does that is to protect her more than anybody. 'Cause the last thing I want is for her to get hurt," he said. "But at the same token, her behavior is really riling a lot of people up, and I can only do what I can do. And we're trying to protect her, but she's not acting as smart as she probably should."

Sure would be a shame if a mob of crazed paranoids wielding torches and pitchforks attacked her. If she's smart, Kaci Hickox will know what's good for her. But if she insists on acting like she's not a threat to public health -- which she is not, as the Maine Medical Association pointed out Wednesday in a letter to the governor -- there's just no telling what panicked folks might do, ya know? She's just got everyone so fearful!

Gosh, if only Gov. LePage could say or do something to calm those unreasonable fears instead of stoking them. Instead, he's vowing not to let Hickox get "within three feet of anybody," and promising he will "exercise the full extent of his authority allowable by law" to keep her away from the public.

MSNBC's All In With Chris Hayes put together a lovely montage of the televised hype surrounding Hickox's bike ride, including a shot of Fox's Eric Bolling asking, dumbfounded, "Why do you wear a helmet?" What a crazy lady, protecting her noggin from a possible head injury when she's risking killing everyone with Ebola!!! Or maybe, as a nurse, she's aware that roughly 500 Americans die annually from head injuries sustained in bicycle crashes, while the 2014 death rate for Ebola in the USA remains steady at 1 (one). Still, those helmets sure look stupid! Also, Greg Gutfeld insisted that "she should be quarantined for being obnoxious," which is probably not a policy Mr. Gutfield should encourage, if he knows what's good for him.