Gov. Sam Brownback Has A Brother, And He Also Blows A Lot 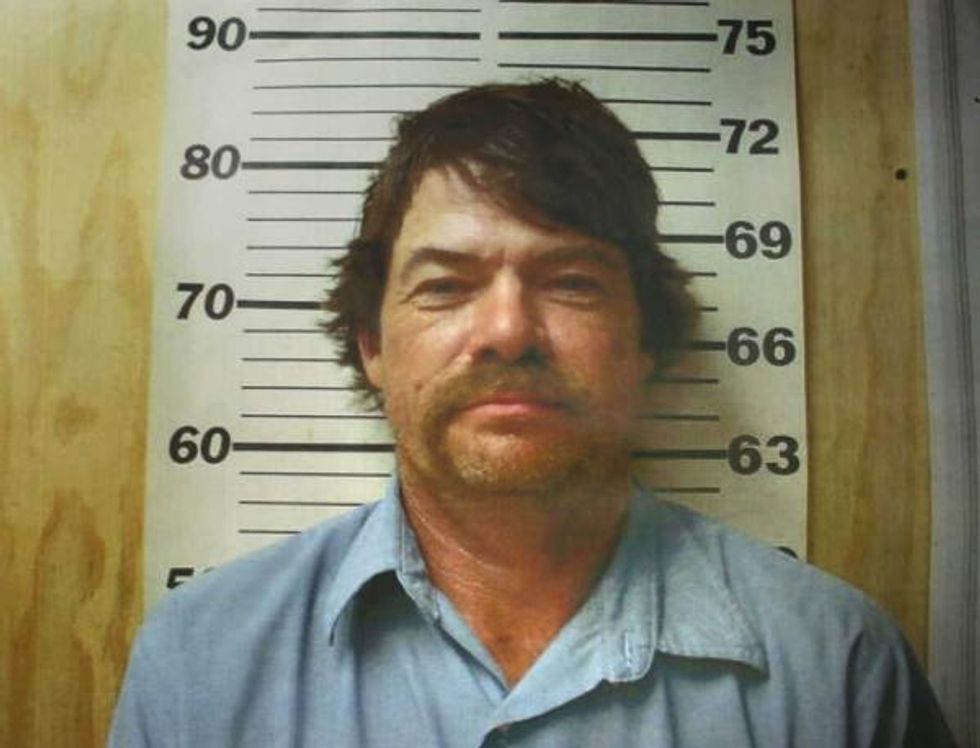 Billy Carter? Roger Clinton? Amateurs! When it comes to embarrassing political siblings, those two are pikers compared to Kansas Gov. Sam Brownback's brother Jim, according to an in-depth investigative piece published in the Topeka Capitol-Journal Sunday. According to reporter Tim Carpenter, in a lede that sounds like it came from one of the great muckraking stories of yesteryear, neighbors and others who've tangled with Jim Brownback say that the governor's brother has "woven a liquor-infused tapestry of fear colored by intimidation, abuse and lies." Sounds charming!

This guy doesn't sound like a genial-goofball troublemaking brother like your Billy or your Roger. This is more like Merle from The Walking Dead, only the braindead zombies are played by local law enforcement who seem unable or unwilling to do anything about him. (And here the analogy breaks down, exactly like our civilization hasn't yet from an undead menace. How's that for some wordsmithing?)

Now, for all the awful things that Jim Brownback is accused of doing in this story, we should note that at no time has he attempted to blackmail judges with a threat of zeroing out the judiciary budget, nor has he imposed ludicrous restrictions on poor people, or even attempted a vendetta against a high school girl who insulted him on Twitter. You have to leave the high-level bullshit to Sam.

While the story doesn't claim that Gov. Brownback has ever intervened on his brother's behalf when Jim has gotten into trouble, it does note that Jim has bragged to neighbors that because of his family connections, "Nobody can touch me." And so far, he seems to have gotten away with a hell of a lot, much of it involving a feud with neighbors Joann and Robert Peine that started in 2011 when the Peines killed a stray dog that had badly mauled two of their hogs; the dog turned out to belong to Brownback's stepdaughter, Kara Jo Earnest.

Ms. Peine sought a protective order against Jim Brownback and Earnest in 2013 after several encounters in which Brownback drove onto the Peine's property on a four-wheeler, drove past their house shouting obscenities, and took target practice with explosive targets that caused blasts that "rattled windows for miles." Jim Brownback told the county sheriff who asked him to knock it off that he didn't have to, because it was all on his property: "'It’s legal,' Jim Brownback said in an interview. 'It’s legal.'”

And then there's this carefully worded paragraph combining things the Peines saw Brownback do with passive-voice descriptions of events that don't have any fingerprints on them:

In June 2011, a keg of nails was poured onto the Peines’ driveway. Jim Brownback used a vehicle to block a rural intersection and obstruct the Peines’ path in June 2012. A gutted fawn, shot through the neck in September 2012 outside the hunting season in Kansas, was dumped at the end of their drive. In May 2013, Jim Brownback stopped at the Peine place to yell “bitch” at anyone within earshot. The Peines’ mailbox disappeared. Their black Labrador retriever was found slain in a ditch 15 miles from their home.

That there is a paragraph that Legal looked over quite carefully, isn't it? The Peines say that after the protective order expired in August 2014, the just-this-side of legal intimidation resumed. Jim Brownback is quite sure who the real bully is here: his brother's political enemies.

“We’re targets,” Jim Brownback said. “Sam says: ‘You’ve got to carry the baggage of the name. And, ask the Lord what to do first.’ ”

And we guess God told him that the whole turn-the-other-cheek thing is nowhere near as much fun as fear and intimidation. Which of course he never did, although Joanne Peine has kept exhaustive records of her family's harassment by Brownback, including late-night gunfire and an October 2012 incident in which an inebriated Jim Brownback was investigated on suspicion of firing out of the back seat of a pickup at the Peine's house -- a case that went nowhere after the local sheriff's department "lost" the ballistics evidence.

Jim Brownback insists that the Peines are the real troublemakers, and wishes that instead of investigating every last complaint they get about him just because he's the governor's brother, local law enforcement should focus on all the people in the area who are making meth and doing other bad things. He also told Carpenter that he thinks Joann Peine should be fired from her job as a teacher, although he didn't specify why. Probably just because she's a troublemaker who's out to make the governor's family look bad.

Her brother-in-law, Ron Peine, seems to be a troublemaker too; telling Carpenter that Jim Brownback threatened to shoot him for driving past his property. And there are other troublemakers in the story, like Jim Brownback's first wife, Martha, who made trouble for him in 2005 when a warrant was issued because he was more than $6000 behind in child support payments; he was arrested again for nonpayment of child support in 2006, that time for being over $5000 short. Also, too, a neighbor who says that Brownback refused to return two cows that mysteriously ended up in Brownback's pasture one morning after the neighbor noticed vehicle tracks in mud that led to Brownback's property. Brownback says the neighbor was at fault for never coming over to get the cattle back. Oh, and then there's the woman whose car suffered $2800 in damage when a flatbed truck that looked exactly like Jim Brownback's backed into it and drove off -- another mystery that Linn County's Finest haven't been able to solve. And then there are the accusations that Brownback routinely lets sick animals on his farm suffer without food or veterinary care without putting them out of their misery. (None has been a lion, so no big.)

Seriously, go read the whole thing -- it's pretty nuts. Who'd believe that a smug, self-righteous prick who loves punishing poor people and would rather spend state money on a futile fight to stop abortion than keep schools open would have a brother who acts like an arrogant violent dickhole? It just seems so out of character.

[Topeka Capitol-Journal via tip from "Michael"]