Government Cuts Won't Hurt Anyone, Except Maybe When A 12-Year-Old Dies Because Her School Had No Nurse 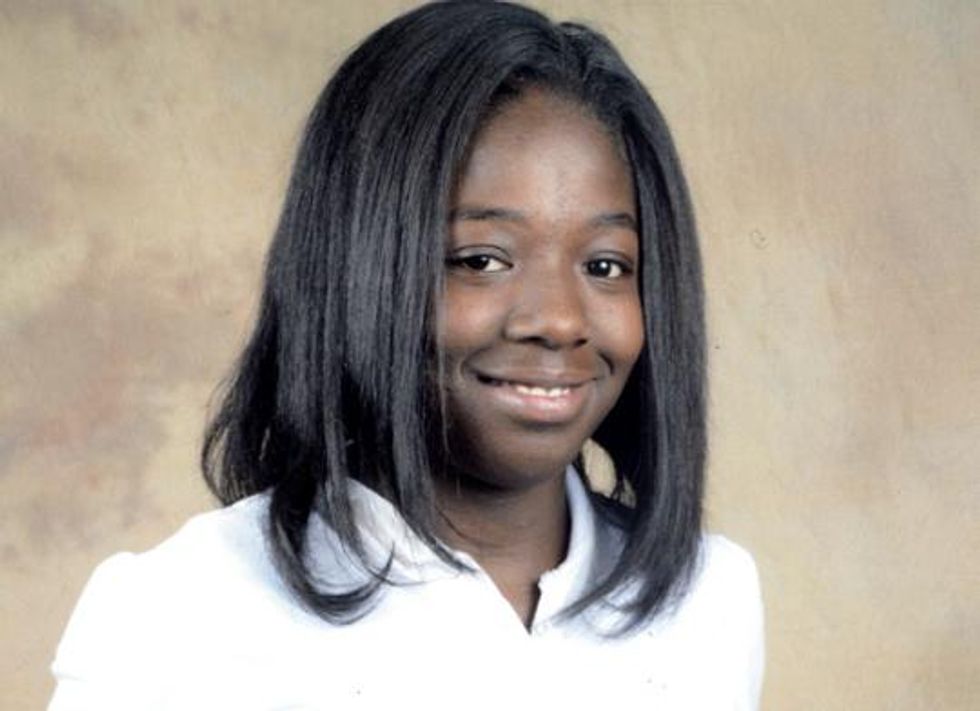 Before you read this story, you may want to make sure you secure any heavy objects nearby, so that you won't hurl them through your computer monitor. From thePhiladelphia City Paper, just one more example of what happens when you make government small enough to drown in a bathtub: Children will die.

Sixth-grader Laporshia Massey died from asthma complications, according to her father, who says he rushed her to the emergency room soon after she got home from school on the afternoon of Sept. 25. He says Laporshia had begun to feel ill earlier that day at Bryant Elementary School, where a nurse is on staff only two days a week. This day was not one of those days.

Daniel Burch, Laporshia’s father, is angry and wants to know whether Philadelphia’s resource-starved school district failed to save his daughter’s life.

The Pennsylvania state legislature has declared war on funding for Philadelphia's schools, and Laporshia Massey is just part of the collateral damage.

Now, Laporshia had gone to the office at some point earlier in the day -- the school refused to tell City Paper when, citing privacy policy, and to be extra certain of students' privacy, they also escorted the reporter off school grounds. The school did call her father to let him know that Laporshia wasn't feeling well; Daniel Burch didn't realize, from the phone call, just how serious her condition was, and assumed that they could just take care of it when she got home. He believes that if a trained nurse had been on duty, there's a much better chance that the seriousness of Laporshia's asthma attack could have been recognized, and she could have gotten to a hospital. By the time she did get home, she was so sick that Burch started driving her to an emergency room; she collapsed in the car and he flagged down an ambulance. Laporshia died after getting to the hospital.

“They told her school was almost out, and she’d get out of school and go straight home,” says one district source, who requested anonymity because she was not authorized to speak to the press. “She went to the teacher,” who told her “there’s no nurse, and just to be calm.”

The District source believes that Laporshia’s life could have been saved if the school had responded appropriately to her illness. “If they had called rescue, she would still be here today,” the source said.

Philadelphia schools were taken over by the state in 2001, but the legislature and Gov. Tom Corbett have slashed district budgets, causing massive staff layoffs. State funding has also been bled away to fund charter schools, another rightwing pet project. Philadelphia had 289 nurses working in all area schools (including parochial and private) in 2011; today, that's down to 179.

The school district is investigating the incident; the teacher's union leader said that while it's not possible to say that a nurse on staff absolutely could have saved Laporshia's life, the shortage of nurses is definitely dangerous:

“We will never know whether or not having had a full-time nurse in the building would [have] been able to save her life. But what we do know is that there was not a nurse at the time of her illness to -- based on the training nurses have -- determine whether or not the child was in crisis, and seek medical attention from a hospital,” Jordan said.

On the positive side, Pennsylvania taxpayers don't have to carry the burden of paying for a nurse to be at each school all day, so it probably all evens out. There are probably other jokes to be made about this, but right now we are a bit busy being glad we don't yet live in the You're On Your Own wonderland of Liberty that so many teabaggers want us to live in, where if your kid gets sick, it's your own lookout.