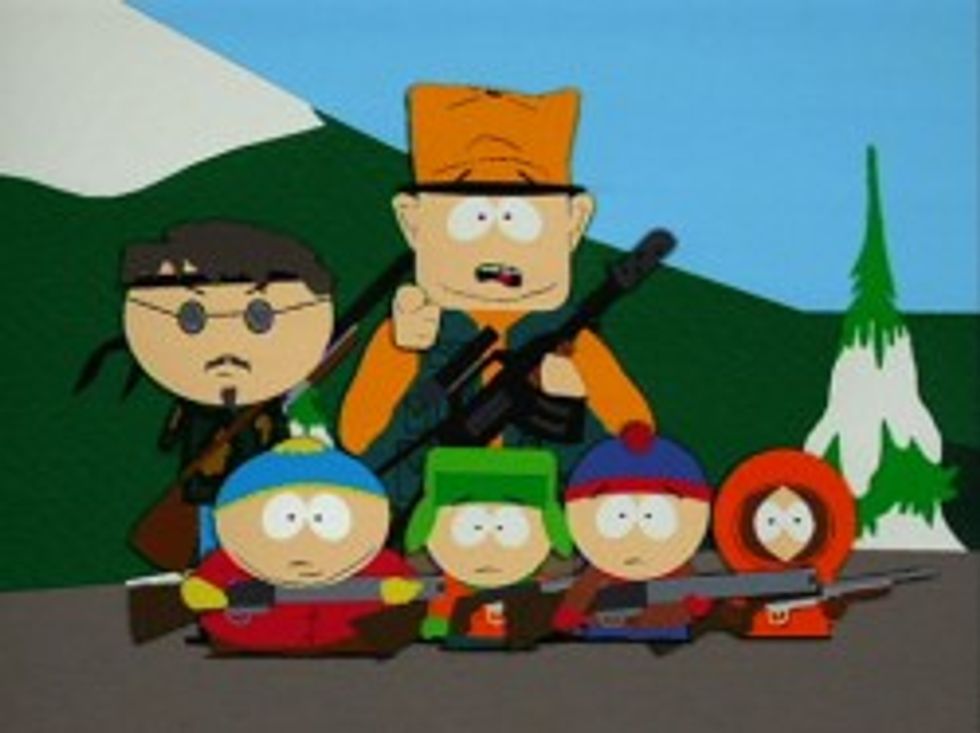 OK cowboys and cowgirls, gather 'round the semi-automatic campfire for a heartwarming story of the destruction of land, homes and wildlife in the great American state of Utah. Here's the story in a nutshell: Utah's "Dump Fire" (so named because it was set off by some Utahans target shooting at a dump) is only 30% contained and has so far destroyed 4200 acres, with 9000 people evacuated from their homes and a threat that the fires will take down the power grid for 7000 homes. In a state that has themostest laxiest gunnery laws in the U. S. of A. and has been called a factory for concealed-weapon permits for out-of-state gun owners (in 2011, out of 347,262 active permits, 200,525 belong to nonresidents), the governor is, well, outgunned and can do nothing but beg like a weasel for gun owners to "self-regulate."

Governor Herbert said Friday that there have already been 400 wildfires in Utah – 380 of those were human caused. He called on shooters to self-regulate since legislation bars sheriffs from banning firearms.

However, a statewide ban on shooting any ammunition with a steel component on BLM, state and unincorporated private land has been issued.

The Salt Lake Tribune reports that the two shooters who sparked the fire told authorities that they tried to put it out, and then called 911. Jason Curry of the Utah Division of Forestry, Fire and State Lands said there was no evidence of wrongdoing and charges would not be filed.

According to the Guardian, the BLM said that the Dump Fire "is the 20th target-shooting related fire this year in Utah." Read that again, the 20th target-shooting related fire this year. But any hint of a reasonable gun control conversation is verboten because it's all Obama's fault (that Utah still has the same lax gun laws -- and more! -- as they did before he was elected). Just this April, the Salt Lake City Deseret News quoted hair-farmer presidential candidate Mitt Romney when he told the National Rifle Association that he will "stand up for the rights of hunters and those seeking to protect their homes and families. He said Obama fails to do so, but he didn't offer any specifics." A Utah resident had this to say, defending poor Romney against gun-control commie commenters:

As to Obama and guns, he has repeatedly, in his own words, made it quite clear that he wants to restrict the right to keep and bear arms. A specific example of this administrations' action to this regard is the Fast and Furious scandal. If you can't see this as a threat to the Second Amendment, you are either not being honest or you are just drinking the Kool Aid.

Evidently, the property loss, plus the huge state, BLM and federal cost of fighting these fires, isn't enough for Utah to regulate gun use. They are also completely out of Kool Aid. So the only thing that Utah's governor Gary Herbert can do is learn to negotiate with gun owners by watching South Park: