GQ's Michael Wolff, 59, Has Just About Had Enough Sass From Young Whippersnapper, 50 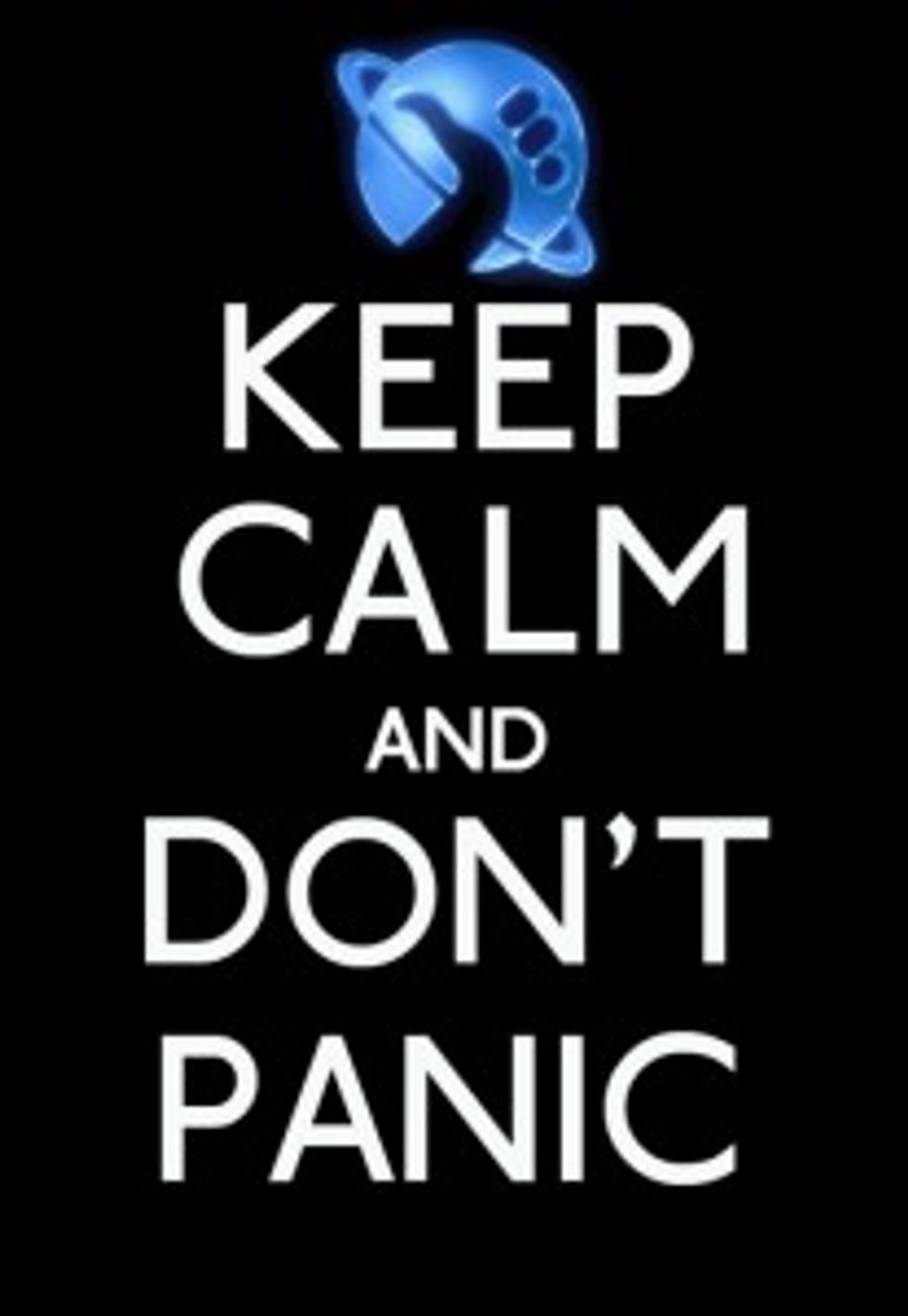 Well, golly, Wonkaderos, it would appear that Yr Doktor Zoom has gone and insulted a man of wealth and taste! We wrote alittle bloggy post about Michael Wolff's lamentations re. the frightful state of anxiety that New York's restaurant gauntlet induces in people who matter, and since yesterday was the birthday of Douglas Adams, we treated Wolff's piece as a goose into which we could stuff all the Hitchhiker's Guide to the Galaxy references possible, because, hey, what restaurant could be more exclusive than Milliways, the Restaurant At The End Of The Universe? (Yes, it would have been better if we'd finished it yesterday. But as The Master said, "I love deadlines. I love the whooshing noise they make as they go by.")

Turns out that our dauntless diner didn't want to pâté like it's 1979. Wolff's self-absorbed contention that "Restaurant talk may be the highest form of cultural sophistication and Zeitgeist connection" pretty much pounds all of our deep-seated Class Struggle buttons, which apparently was not an isolated reaction -- the first comment at GQ is "jesus, I think I actually turned into a Marxist reading this demented piece. it's a parody, right? tell me its a parody." So we borrowed a line the Guide itself borrowed from some Yippies and described Wolff as "a mindless jerk who'll be first against the wall when the revolution comes." And before you knew it, we were being told to get off Wolff's lawn!

As we note in our headline, Mr. Wolff is all of nine years and a few months older than Yr. Doktor Zoom, who has long considered himself a "fogey" but not yet a "codger." We would call up the local radio station and dedicate a gramophone recording of Frank Sinatra's "You Make Me Feel So Young" to Michael Wolff, but our assistant seems to have misplaced the number. Probably just as well, as we have never cared for that jumped-up jivey music anyway.

And how about that wacky "modern youth culture" enjoyed by those youngsters today! Douglas Adams, of course, was born in 1952, Michael Wolff in 1953. Hitchhiker's Guide To the Galaxy began its run on BBC Radio in 1978 and first came out in book form in 1979, which is also the year Mr. Wolff published his first book. Of course, HHGG is loved by millions of people of all ages worldwide, whereas Mr. Wolff's work only appeals to the right people.

Our greatest error appears to have been accusing Mr. Wolff of committing "satire," as his tweets seem to indicate that his douchey sense of entitlement is not at all an ironic pose. We would say that he truly is "Hungry like the Wolff," but that reference to a song from 1982 might skew to the youth demographic far too much.