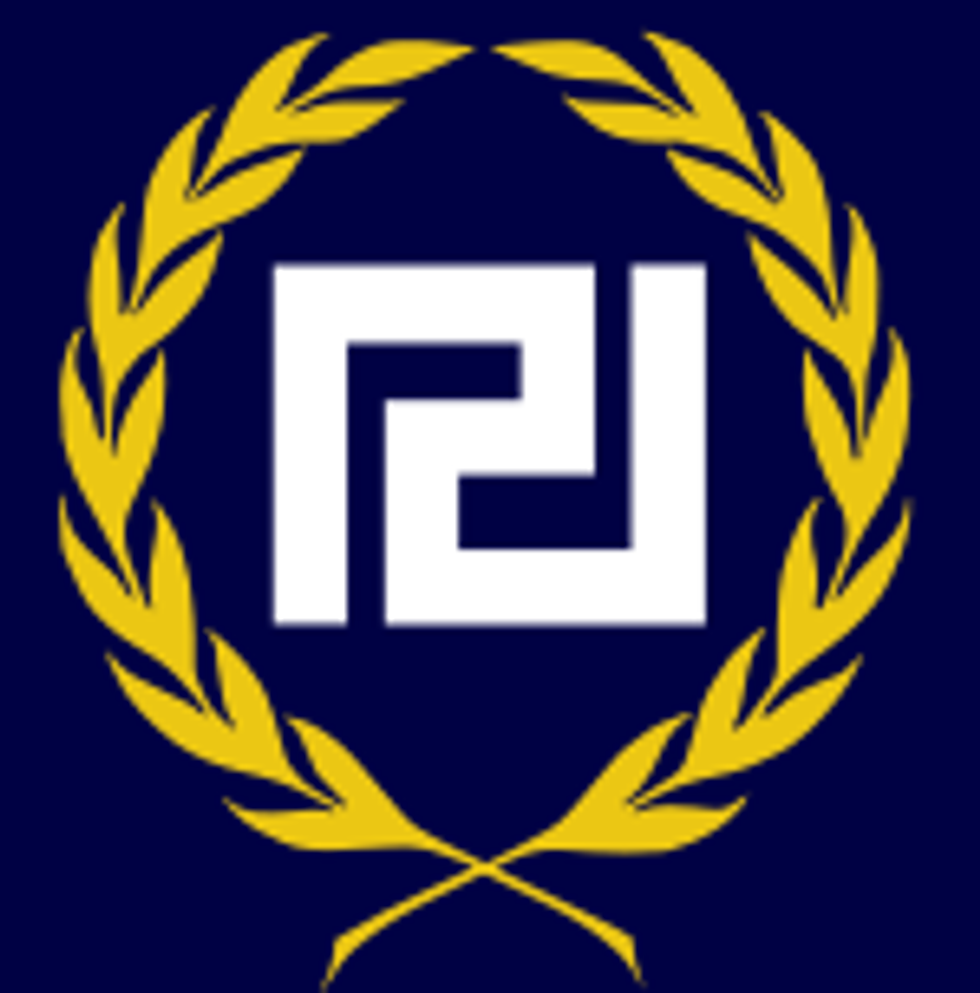 It turns out that Greece, the country from which we kind of plagiarized democracy, has its very own crazy party, called Golden Dawn, which actually makes our American-style teabaggers seem sort of tame. (Come to think of it, we may have stolen teabagging from the Greeks too.) If you are into neo-Nazis, Golden Dawn is your kind of party. And we don't mean in a Godwin-type way, like how Republicans are always comparing everything -- from birth control to not letting Rick Santorum gay-bash at high schoolers -- to Nazis.

These are actual neo-Nazis, though they prefer the term "nationalists" because "Nazi" is such an ugly word, isn't it? This is a party that openly praises Hitler, quotes from The Protocols of the Elders of Zion, and sure does hate Jews. And you know who else hated Jews?

So check out this latest bit of charming, via The Guardian:

A member of parliament from Greece's extreme-right Golden Dawn party allegedly tried to punch the mayor of Athens on Thursday, swinging at him but reportedly missing and hitting a 12-year-old girl instead. [...]

Golden Dawn issued a statement denying a girl had been hit and vowing to sue [Giorgos] Kaminis and his security guards. For his part, Kaminis intends to sue [Giorgos] Germenis for the attempted attack, the municipality's press office said. Police said they were investigating complaints against the MP for threats and brandishing a weapon.

Golden Dawn had announced it would hand out free Easter food to Greeks only on Thursday. Kaminis had banned any such events in the city's main square, and vowed Wednesday not to allow the "soup kitchen of hate" to take place.

Obviously, a violent far-right party that "shows great fondness for Nazi literature and symbols" would not really do violence do a little girl, even if the violence was intended for the mayor. It's not like members of this party have a history of doing violence, especially not to women:

During a live television debate on Thursday between a bunch of Greek politicians (its broke citizens go to the broken polls on June 17), Ilias Kasidiaris, a spokesperson for and member of the terrifyingly named neo-Nazi party Golden Dawn, tossed a glass of water at a lady rival, Rena Dourou of the left-leaning Syriza party, THEN slapped another lady politician, Liana Kanelli of KKE, the communist party, twice. This after an exchange of insults including “you old commie!” (he to she) and “fascist!” (she to he). The bestest part of this is that it is ONLINE! The second best part is that the reason Kasidiaris attacked the women is because they were asking him about a 2007 mugging that he has been implicated in. The trial about that mugging is ongoing, but it’s safe to say, um, innocent until proven to be a violent freak on national television.

Funtimes video at the above link!

Then the Golden Dawn dude sued the lady, for making him punch her.

Golden Dawn sounds like a nice group of gentlemen, doesn't it? Almost makes you grateful that the idiots in our government mostly just go around saying stupid things -- not actually beating up their colleagues and little girls who get in the way.