Greta's Husband Tried To Broker Friendship Between Clintons And Palin 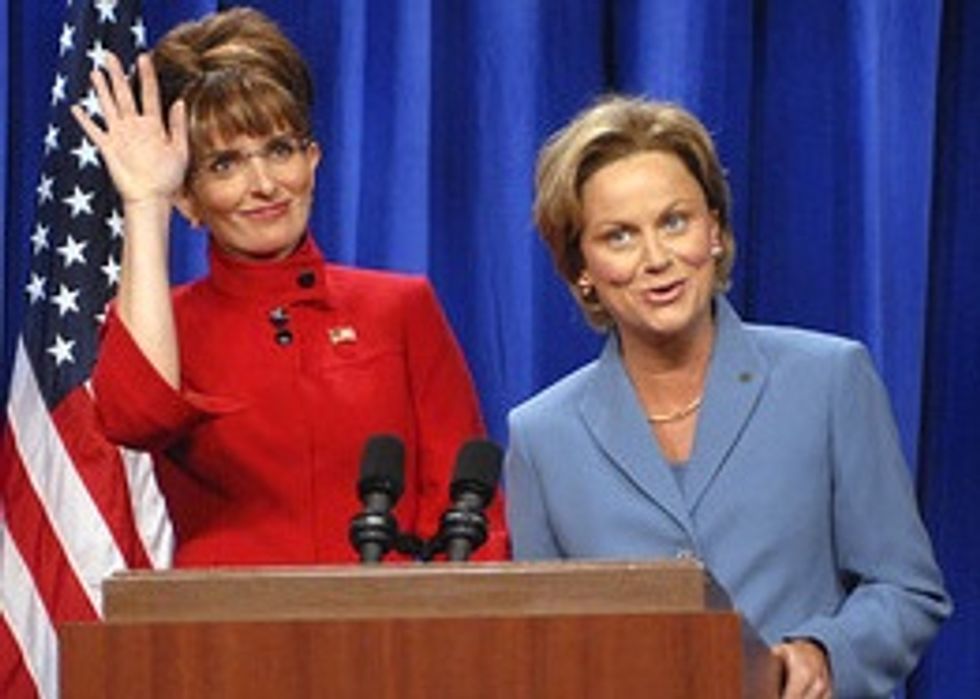 All right, Jonathan Martin, you WIN THE NIGHT and ALSO THE FOLLOWING MORNING for thisexplosive exclusive thing on a truly boneheaded scheme to foster some sort of political alliance between the Clintons and Sarah Palin. The perpetrator: John Coale, prominent Palin pal, husband of Greta Van Susteren, and Clinton supporter who got his panties in a bunch when Hillary didn't win the nomination. The victim: Sarah Palin, who just wants to be left alone and limit huge public embarrassments to, say, a mere thrice-weekly occurrence.

So Coale said in January, "Hey Sarah you know what would be awesome? If you helped retire the campaign debt of that woman you despise, and who despises you back times a million." We refer, of course, to Hillary Clinton, who it's true would take a political donation from Lucifer himself and probably already has. Presumably, though, she was not in on THIS retardo scheme.

Coale made his case to Palin at the Iron Dog snowmachine competition in Fairbanks, where Todd Palin was competing over Valentine’s Day weekend. His broader aim, say Palin camp insiders, was to help Palin develop a relationship with the former first family that he thought could bolster the polarizing governor’s standing with Democrats and independents.

Well needless to say that did not happen, because even Sarah Palin's advisers decided it was a bad idea.

Basically everyone in Washington is just flummoxed at the sheer terribleness of this plan.

“He thought the Clintons could rein in some of the Democratic firepower aimed at her,” said a dumbfounded Republican privy to the discussion who advocated fiercely against the idea.

A former Clinton aide hadn’t heard of the plan but deemed it “not rooted in anything that would touch on reality.”

Coale's reasoning basically boiled down to this: Hillary Clinton and Sarah Palin both have ladyparts, so they should stick together, like ladies do, and fight Sexism. And anyhow, the Clintons are just good people to know in Washington, for sure, but let's face it: they're only friends with people who are smart or who are useful to them, and Sarah Palin is neither.

In conclusion, John Coale should be fed head-first into that turkey-chipping device that Governor Palin is so fond of.