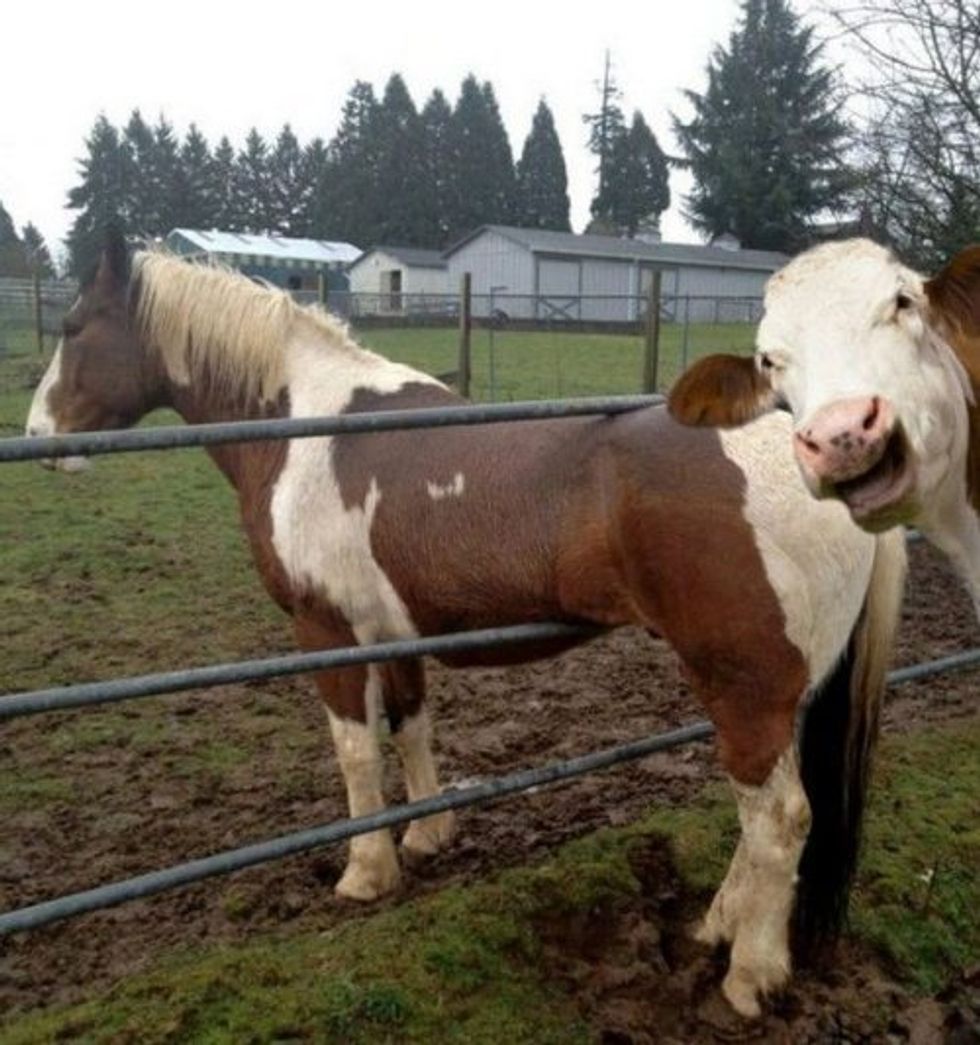 Here's a fun little postscript: Remember that little "Go ahead and discriminate" bill that Arizona Gov.Jan Brewer vetoed a couple weeks back? Turns out that before she signed against it, her office was helping to put it together. It was probably pretty good exercise, playing on both sides of the fence like that.

Capitol Media Services reports that in January, aides in Brewer's office asked for a number of changes in SB 1062, the "religious liberty" bill as it was being drafted by the Center for Arizona Policy (CAP):

CAP President Cathi Herrod said her organization made every change sought by the administration to her proposal to expand the existing state Religious Freedom Restoration Act. She said that includes deleting phrases that concerned the governor’s staff and adding provisions designed to narrow who could legally deny services to someone based on a claim of religious freedom.

Yet even after all that help, Brewer turned around and vetoed the bill, which either makes Brewer actually smarter and saner than we thought her, or a complete RINO. But we repeat ourselves.

Herrod acknowledged that Brewer's office made no promises about signing the bill, but did her best to sound betrayed anyway:

Herrod is pretty sure that Brewer just caved in to public pressure after opponents of the bill "made the bill about something it was not,” although she didn't specify what exactly that was -- probably the ridiculous idea that the bill would have allowed people to discriminate against gays for trivial reasons, when in fact it would only allow discrimination against gays for very serious God-endorsed reasons.

Brewer's press aide, Andrew Wilder, said that staff had met with the bill's sponsors to discuss the bill's language, but that such meetings are fairly common and do not indicate an intention to support proposed legislation even after it has been modified.

Among the changes made to the bill was the inclusion of a 3-part test that had to be met for the law to protect someone from being sued for discrimination, requiring that:

Not that any of those guidelines could be excessively vague or anything.

Cathi Herrod still seems pretty put out about how Jan Brewer pulled the football away just as she was about to kick it, and that's just not fair, because after all, her group made all the changes the governor's staff asked for, and where did it get them? Thrown under the big gay bus by a governor who thought that avoiding losing the Super Bowl and not being boycotted was more important than supporting people's God-given right to not bake sodomy cakes.

Yr Wonkette is torn between wondering how Jan Brewer will impress us next and worrying that we have just tempted fate, ensuring that Jan Brewer will now sign some horrible draconian law to restrict food stamps to children who take loyalty oaths or something.