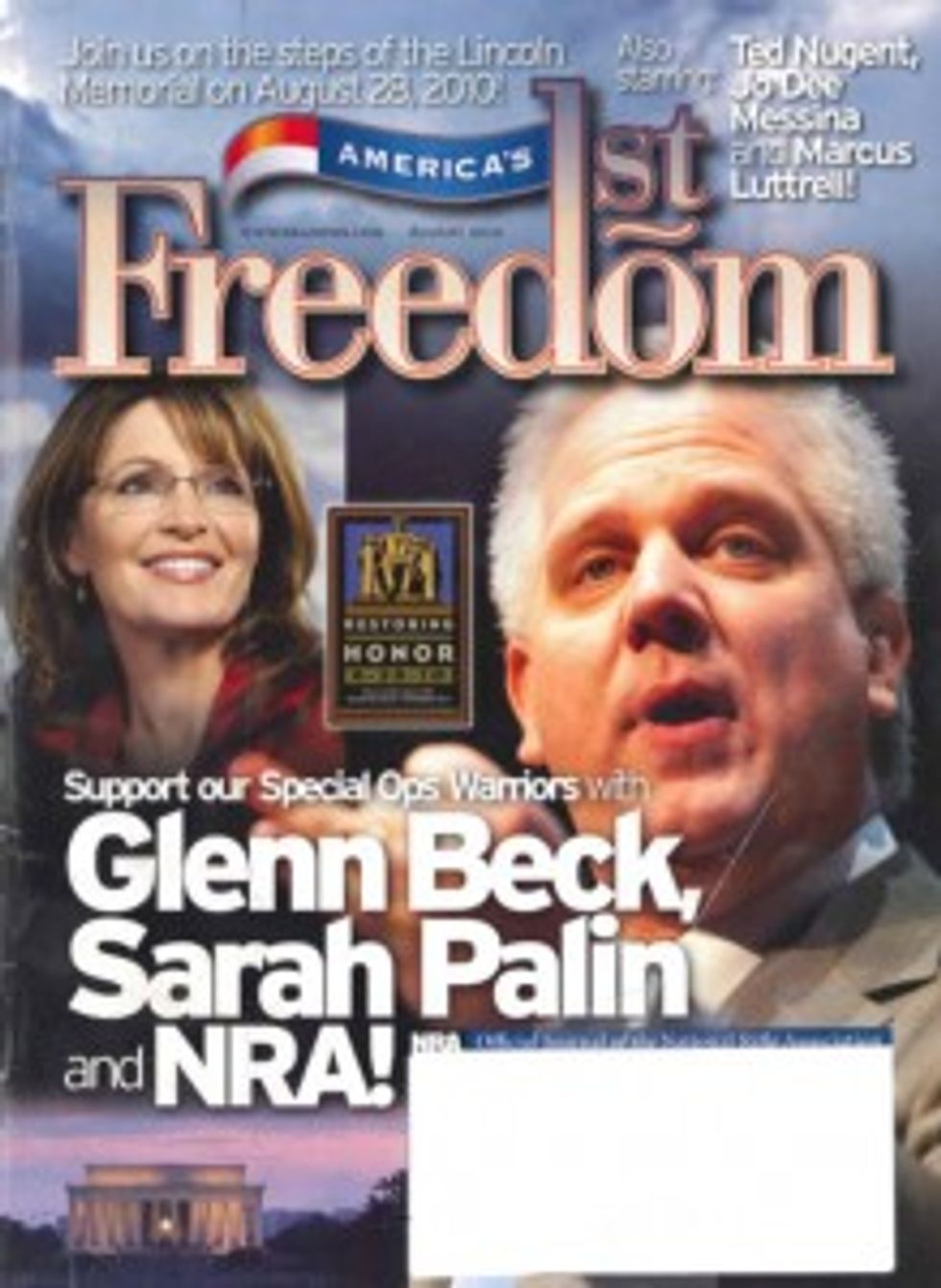 Hey you guys, are you going to Glenn Beck’s“Restoring Honor” rally at the Lincoln Memorial on “8.28.10”? We should all carpool with Ted Nugent and Sarah Palin in their cars/snow machines and sing “Cat Scratch Fever” on the way, it will be so cool. But if their rides are full, then maybe our National Rifle Association friends can take us to the rally, which is being promoted with Abe Lincoln posters. Did you know that Abraham Lincoln was shot once?

So was Martin Luther King, Jr. -- and as Brady Campaign to Prevent Gun Violence president Paul Helmke points out, August 28 is the anniversary of MLK’s “I Have a Dream” speech, also at the Lincoln Memorial. Wonder how Lincoln and MLK would feel about the NRA. Or about the NRA’s new magazine cover (as seen here thanks to Media Matters for America and their scanning technologies), which looks junky.

Supposedly the rally, which is being organized by Beck and the Special Operations Warrior Foundation, won’t be political at all because it’s all about honoring the troops and Freedoms. But all of the speakers are known for their political views and for being psycho, basically, so if everyone stays on message then it will be a miracle. And Abe Lincoln and MLK will rise from the dead to become spokesmen for the NRA, and there will be peace in America. [Huffington Post]