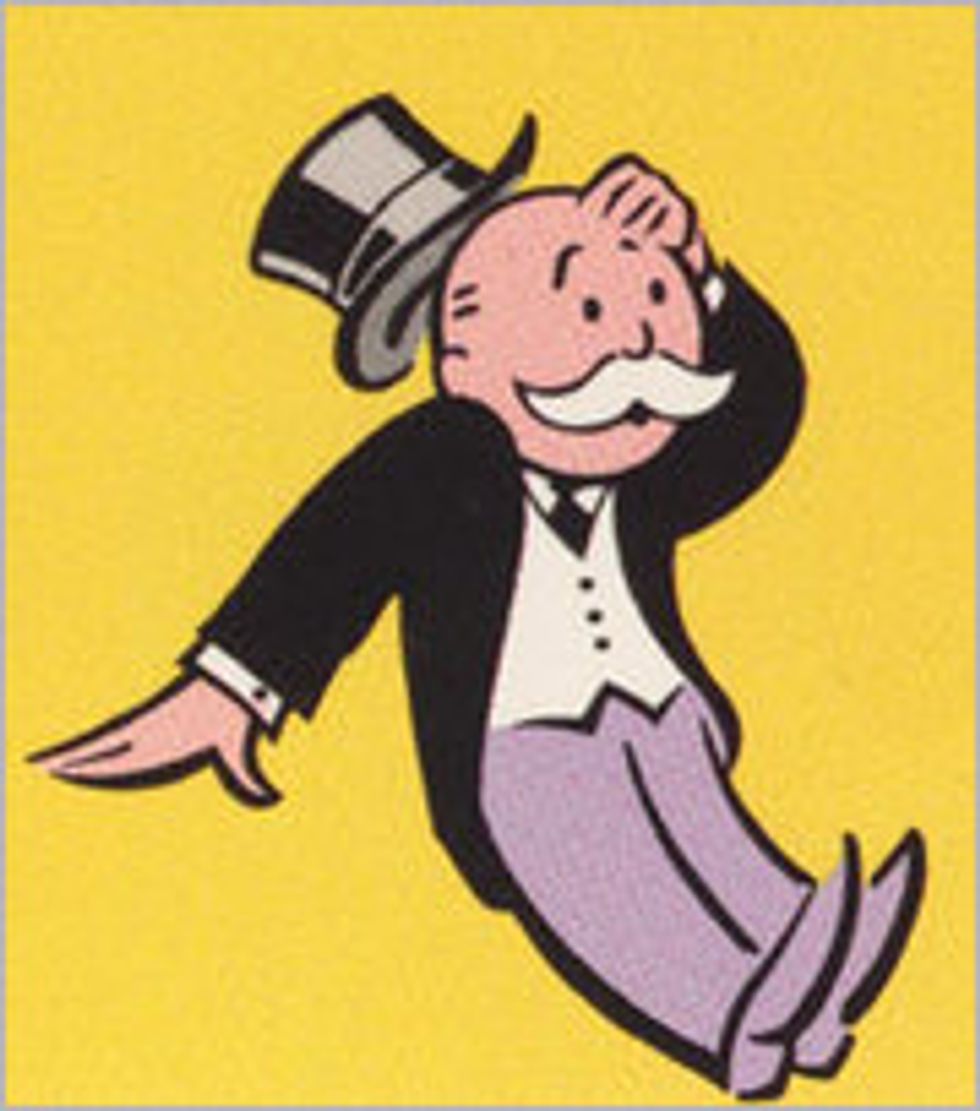 How are the people in charge of the money treating the people who serve the people in charge of the money these days? Still not so good, it seems! International Monetary Fund chief Dominique Strauss-Kahn was hauled off an Air France flight just before departing New York, all because the cops say he tried torape a hotel maid and then made a hasty departure for the airport. (Also: These sorts of people have "standing access to Air France's business class," so there's no need to make reservations or whatever. The good life!) Maybe some world leader did something nice over the weekend, too. Who knows. Does Google News have a section for that?

Anyway, this guy was supposedly running for president of France, so that means "everybody" knew he had weird sexytime habits, allegedly. Have you ever been in some four-star hotel and thought, "Eh, maybe I'll rape somebody from the housekeeping staff"? Is this a normal thought, in the minds of the rich and the powerful? Sure seems to be common enough with the Eurozone's leaders. What is wrong with this crowd?

What is wrong with everything? The Internet! We haven't touched the computer all weekend, both because it was the weekend and also because, tonight, our power went out for like nine hours. And we wanted to save the last bit of battery juice to put on the classical station so we could sleep peacefully, but no, the power had to come back on, and we just had to check Google News, just in case! It gets dull, this habit. We remember turning off the lights and locking the office door about fifteen years ago so we could spend the three-day weekend drinking beer outside and eating psilocybin mushrooms in the park because it was a rare sunny holiday in San Francisco, and then we checked the news wires "just in case" and Princess Diana had been killed in that car crash in Paris, so there went the pleasant holiday weekend. Type type type, for the Internet.

Anyway, everybody in the "service industry" should be especially careful over the coming weeks, because the rich & powerful are getting extra weird. [New York Times]