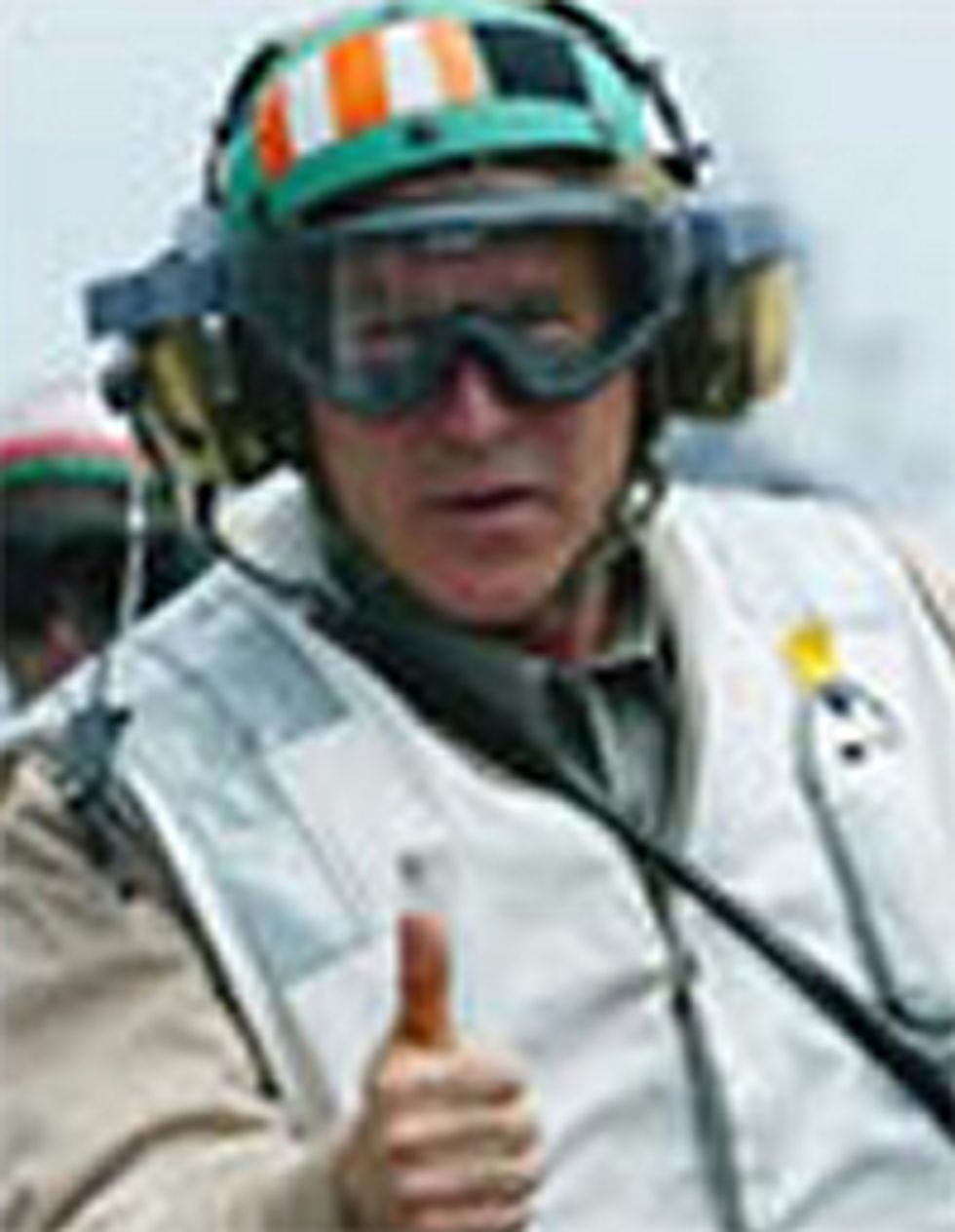 How many people have been blown up and shot and otherwise violently killed in the American invasion and eight-year U.S. occupation of Iraq, so far? We know the exact numbers of U.S. military dead and injured (4,436 dead and 32,009 wounded) and have a vague idea of "reported Iraqi deaths" (between 100,000 and 109,000), and then there were who knows how many dead from the illness and malnutrition that comes from having an entire country's infrastructure destroyed -- water lines, health clinics, vaccines and common medicines, grocery stores, produce markets, dairies, etc. A lot of military contractors died, too. But they were in it for the Big Money, so nobody really counts them. Also, America's "reputation and standing" were destroyed, forever, and just like the British after the Suez Canal debacle, the world will never pay attention to the U.S. government again. We are done, finished, an international joke, 309 million slobs trying to shoplift flatscreens with our Personal Mobility Scooters before thebatteries run out. So, the Iraq Invasion/Occupation was good for something, right? Also, the Iraqi defector who gave the United States all that "intelligence" about Saddam's Weapons of Mass Destruction and all that? He just made it all up, because he wanted America to topple Saddam. It worked! Tell whatever lies you want for whatever ends you desire. That is the lesson.

This doesn't seem to be getting a lot of play in the U.S. press today, does it? The Guardian reports:

The defector who convinced the White House that Iraq had a secret biological weapons programme has admitted for the first time that he lied about his story, then watched in shock as it was used to justify the war.

Rafid Ahmed Alwan al-Janabi, codenamed Curveball by German and American intelligence officials who dealt with his claims, has told the Guardian that he fabricated tales of mobile bioweapons trucks and clandestine factories in an attempt to bring down the Saddam Hussein regime, from which he had fled in 1995.

"Maybe I was right, maybe I was not right," he said. "They gave me this chance. I had the chance to fabricate something to topple the regime. I and my sons are proud of that and we are proud that we were the reason to give Iraq the margin of democracy."

Haha, sure, you did great! Be proud. You easily tricked the former "superpower of the world" into a disastrous, eight-year nation-bankrupting nightmare fuckaround that resulted in the awful, violent, pointless death of at least a hundred thousand people. And you took down two countries in the process. Bravo, etc.

Remember that video from the White House Correspondents Dinner, of George W. Bush Junior comically looking around the White House for the make-believe WMDs he invaded Iraq to find, as a joke? We should watch that video, so everybody can laugh again. [Guardian]