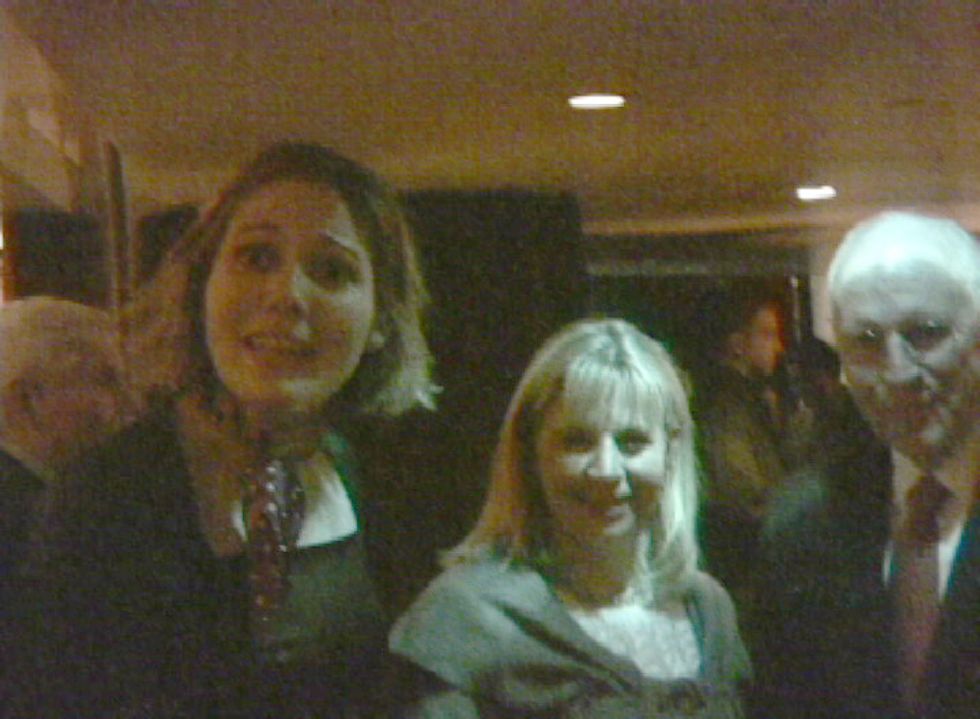 Now that Dick Cheney has been literally wheeled out of Washington on a stretcher, who will we blurrily photograph molesting young maidens in distress? That is a question that only you, the reader, can answer. Send us your sightings/sexy candid camera-phone pics of vaguely famous people misbehaving around town for our famous and sporadically produced feature, "Wonk'd." A handful of Wonkette readers recently spotted DC celebs in such unlikely places as the gym, and in "makeup trailers" (!). After the jump, sightings of a couple of news people and also aWeeds star and maybe even President Oprah Winfrey herself, eating her feelings at Starbucks later today!

UPDATE: Karen Tumulty herself writes to clarify! "Don't think this was me," she says, "But now you have me all paranoid about how old I must be looking on TV."

Seen somebody “famous for D.C.” doing whatever people do out in public? Send us your sighting report — and a cell-phone pic if you managed to snap one — to tips@wonkette.com, with the subject line Wonk’d.