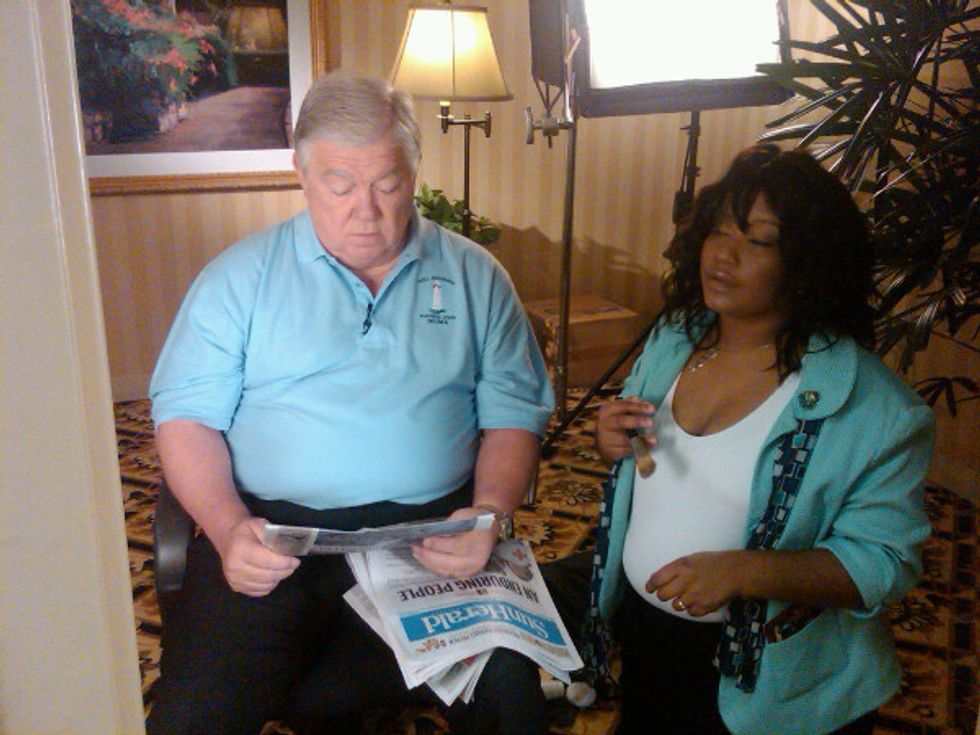 "We’re doing everything that we can to stop abortion in our state," Mississippi chief hog proctor Haley Barbour said. "And if I get elected president, I will come into office with that attitude. And that’s about 180 degrees different from the current president." That's right, Barack Obama is doing everything he can to increase abortion while he's in office. But what's his track record? So far, like on many issues, Obama is failing in this department. Still, that didn't stop Haley Barbour frombawling on stage at a speech in Iowa today because he loves developing humans so much. Yes, apparently he still thinks he can run for president. Even when he's once again providing his interesting perspective on black people.

A bit choked up, Barbour said he never would have predicted at the time how important the law would be to a future White House campaign.

Of course not! (And it still won't be important. Because nobody will vote for this man.)

“After an abortion in Chicago,” he said, pausing to collect himself, “the medical personnel are not able to save the life of a child. To me that’s inexplicable. And we changed the law in Mississippi so that could never happen in our state.”

Isn't that how an abortion works? You can take out whatever fetus goop is in there because it's not a baby that survive outside the womb? "No!" Barbour shrieks, fighting back tears. "Give the fetus some medicine! Put a pretty little dress on it! She'll be fine! Just fine!"

And then Barbour goes and says shit like this:

“The priests and the pastors who walked for civil rights, today the left would say there’s no place for religion in politics,” Barbour said.

Yes, because the priests and pastors who fought the Haley Barbours of the era weren't really concerned with civil rights, their purpose was to promote their religion in politics and maybe see if they could force some kids to pray at a lacrosse match or whatever.

Those black pastors being political? They're still around! They are named "Sharpton" and "Jackson" and such! But never mind, Haley Barbour is too concerned about THE BABIES to start noticing the existence of black people. [Politico]