HALF-ISH EXCLUSIVE: It Took A Nation of Millions To Hold Back James O’Keefe’s Racist Boston Video 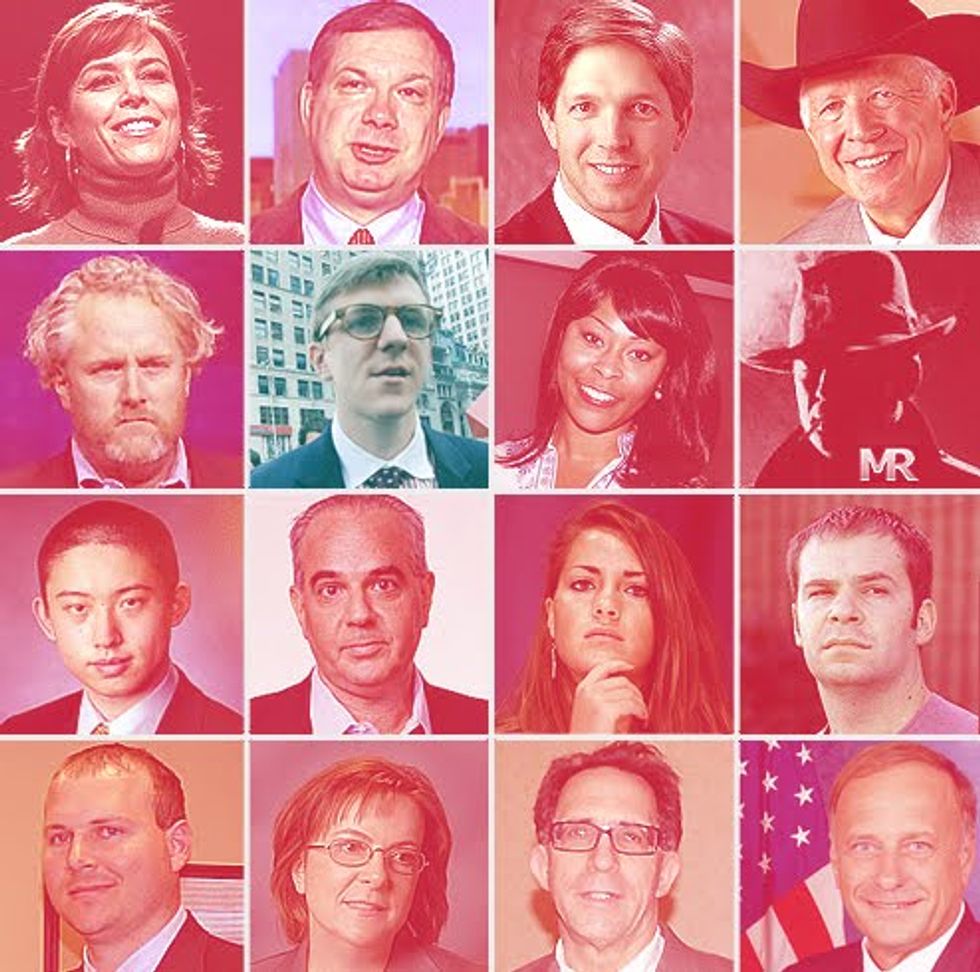 This is going to be difficult to hear — given how much all of you have come to lionize the Right’s greatest Candid Camera host, James Edward O’Keefe III. However,Buzzfeed has published a chain of emails detailing how a coterie of job-creating freedom fighters once micromanaged an authentic O’Keefe “pimpin’ video stang” targeting ACORN and SIEU during the 2010 Brown-Coakley senate race. Though the project was ultimately never finished, the planning emails present — in granular detail — a case study of just how James O’Keefe gets wielded as a partisan tool. You may recall that we mentioned these emails to you last June, in a piece widely criticized for a lack of buttsecks and a preponderance of words.

You will, of course, also be shocked to learn that there’s more to this story than has been reported by Buzzfeed, a digital McDonald’s® wrapper of GIFs and listicles, that (under ex-Politico writer Ben Smith’s guidance) is a real news organization now.

After the jump: A former Drama Club geek mass emails the entire Republican Party to organize his top secret, hidden-camera investigation. This is the News.

SO: Let’s first review what we’ve learned from the series of emails that Nadia Naffe (second row, to the right of O’Keefe) gave to Buzzfeed.

On January 12th, 2010, John Fund, a serial fabulist for The Wall Street Journal (top row, second square), forwarded a hot tip to Voter ID law enthusiast Michael Thielen of the Republican National Lawyers Association (not pictured, loser square). The tip, which was scorching hot, was that the Service Employees Communist International or SEIU was planning on bussing the inner-city poor folk of Massachusetts to and from their respective polling places so they could “vote.”

“If you’re black or brown,” said the delicately worded email written by Fund or his presumed source — talk radio gasbag John Batchelor (third row, second square) — the buses would “rope you in and take you to the polls, registration can be worked out.”

By midday the email had reached Heather Higgins (top row, turtleneck) a libertarian pundit that Bill Maher has a gross crush on. She then forwarded it along to a genuine Wyoming multi-millionaire and Koch brothers’ buddy Foster Friess (top row, cowboy hat), who then appears to have sent it to his whiz-kid male progeniture, Steve Friess (top row, third square).

Sometime after midnight, Steve Friess finished wrastling with a spark of inspiration, and done shared his thoughts with the group:

Wouldn’t it be great if a “ACORN sting video” could be produced about these busses?

Dad - maybe bounce this off Breitbart?

Some black /Latina conservatives could be wired for video, and get picked up on one of these busses, and show what goes on. My guess -they are offering cash, (which I am pretty sure is illegal), and I also would wager that at least some of these busses are making more than one stop with the same people - ie getting them to vote twice -though I don't know the mechanics of that.

Heather Higgins then forwarded this idea — which being neither paranoid, nor racist, was ready for wide dissemination — to James O’Keefe (blue square) and Andrew Breitbart (second row, first square, R.I.P., bro).

It was at this point — either because O’Keefe had his previous engagements in New Orleans or because, as a former colleague put it, “He needs to crowdsource any decision he makes” — that O’Keefe enlisted EVERY CONSERVATIVE ACTIVIST ALIVE.

Naffe’s emails show that, after paying to fly Naffe to Boston, James contacted Massachusetts-area conservative Amy Contrada (bottom row, second square) looking for a place to put her and Joe Basel up. They also show that he contacted Philadelphia-area private investigator Mike Roman (second row, mystery man) the founder of Election Journal and videographer behind that “New Black Panthers scaring old white ladies at the polls” nontroversy in 2008.

James had hoped that (again the PHILLY-BASED) Mike Roman could show him the “whereabouts of the busses in Boston SEIU, et al are using,” because God forbid James O’Keefe do any research himself.

When we first heard rumors of this sting in February of 2010, a source showed us emails James O’Keefe had also sent hoping to rope in assistance from the David Koch-founded and funded group FreedomWorks and the Koch-affiliated group Americans for Limited Government. He also contacted a virulent, Boston-area, anti-gay group called Mass Resistance (#puns), because … of … errr … gay voter fraud?

Though none of them recall participating in the sting, Brendan Steinhauser of FreedomWorks, Brian Camenker of Mass Resistance, and Richard McCarty of Americans for Limited Government (bottom row, first square, third square and not pictured, respectively) all verified either themselves or each other as recipients of the emails.

“I guess I got this email,” Steinhauser mumbled to us while looking at the thread in his inbox during a March 2010 phone interview. He recalled saying to Hannah Giles “let me know if you’re gonna be up there,” but never heard back. Toward the end of our conversation, we pointed out that Breitbart’s persistent presence on the email chain would suggest that he was much more abreast of O’Keefe’s sting activities in early 2010 than he’d told reporters after JOK’s New Orleans fuck-up.

“I don’t like where this is going,” Steinhauser told us, ending the call.

When we called Mike Roman about this story that same month, he became heated and belligerent, repeatedly saying of O’Keefe that he’d, “Never met the guy. Never listed polling places.” He then threatened to sue us if we ran with this largely factual, non-libelous story. (Roman has yet to reply to our email asking if he plans on suing Buzzfeed, which, just saying, has tons of money and is hiring like crazy.)

Teen pregnancy denier and Iowa Congressman Steve King (bottom row, final square) who had flown into Massachusetts for the Brown/Coakley senate race as some kinda voter integrity observer. Naffe told Buzzfeed that Congressman King was waiting at the hotel to greet her and Joe Basel before the election, taking them to dinner and giving them “a pep talk about illegal voting.”

Obviously, when we contacted representatives from King’s offices they denied that the congressman gave “a pep talk” to collaborators in a James O’Keefe sting.

Which is why we prank called Joe Basel — posing as a representative for Congressman King who we said was frantically hoping to contact him before some dirty muckraking reporters from The Washington Post could ask him to corroborate Naffe’s story.