Hannity: Poor People Are Doing Fine Because There Is Enough Rice And Beans To Go Around 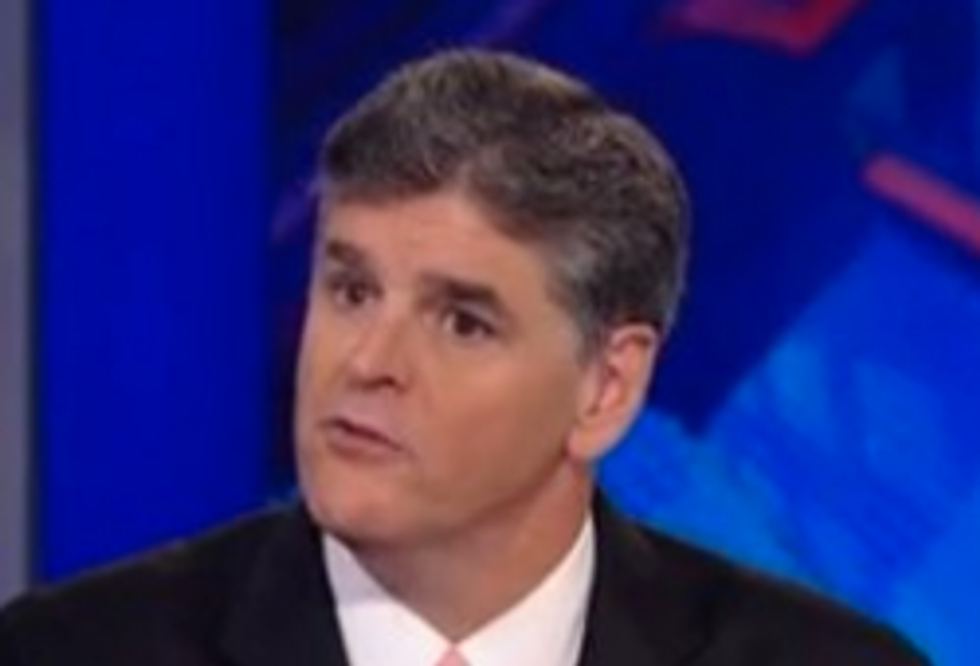 Oh, the radio! Fox News doesn't let Sean Hannity speak lies to the powerless to quite the degree that he would like to, so, on his radio program on Monday, the reigning drunk jock of the airwaves took a call from a man who was trying to explain why he wasn't convinced he should vote for Mitt Romney. WELL WHY NOT? Said the caller: "I need for you to ask him, when was the last time he went to bed or woke up hungry? You see, this is the part that most Americans can associate with." (Rude interruptions, disbelief from Hannity.) "See, it's kind of hard for them to associate with somebody that has never, ever had any financial problems in his life," the caller continued. Hannity's response to this is that he himself, Hannity, because this is his show, goddammit, has "never [gone] to bed hungry in my life -- ever. Most Americans haven't."

The caller defends his claim by saying that "your staff" is always talking about the latest poverty statistics. Hannity responds that yes, yes, he knows, there are 47 million people in poverty in the States right now, but that doesn't mean they're going hungry. It really does not. He knows. Who has the radio show and who doesn't?

If you look at some of the poorest people in the country, I went through these stats last week, most people have refrigerators and freezers and air conditioners and televisions and DVRs, or I'm sorry, DVDs, or something, and stereos and cars, they just don't have the best and the latest, and they don't live in the nicest neighborhoods.

Hannity spewed on a for a few more seconds, deciding that poor people in America are doing fine, they could do better, but they can't complain. Then he asks the caller:

At which point the caller, John, can be heard hanging up.

Hello? John? John? Are you there? I hear you. I guess not.

But HE JUST KEEPS TALKING! For the 11 other people listening. And here is his excellent advice!

You can get things, for example, I have friends of mine that eat rice and beans all the time. Beans, protein, rice, inexpensive. It's really -- and you can make a big pot of this for a week for relatively negligible amounts of money, for your whole family and feed your family. Not the -- look, you should have vegetables and fruit in there as well, but if you need to survive, you can survive off it. Um, it's not ideal. You can get some cheap meat and throw it in there as well, for protein. There are ways to live really, really cheaply. So, uh, anyway, I don't know where you got that from.

Here is the whole audio, if you dare:

So forget what you've heard everywhere, America! Stupid organic vegetables suck and are stupid, it is important that you be able to TiVo Pregnant In Heels and rent Mark Wahlberg movies. And for survival, try gas station burritos, which have some added carbohydrates in addition to the great protein of beans and cheapness of rice! [Media Matters]