Happy Friday From Our Drinking President 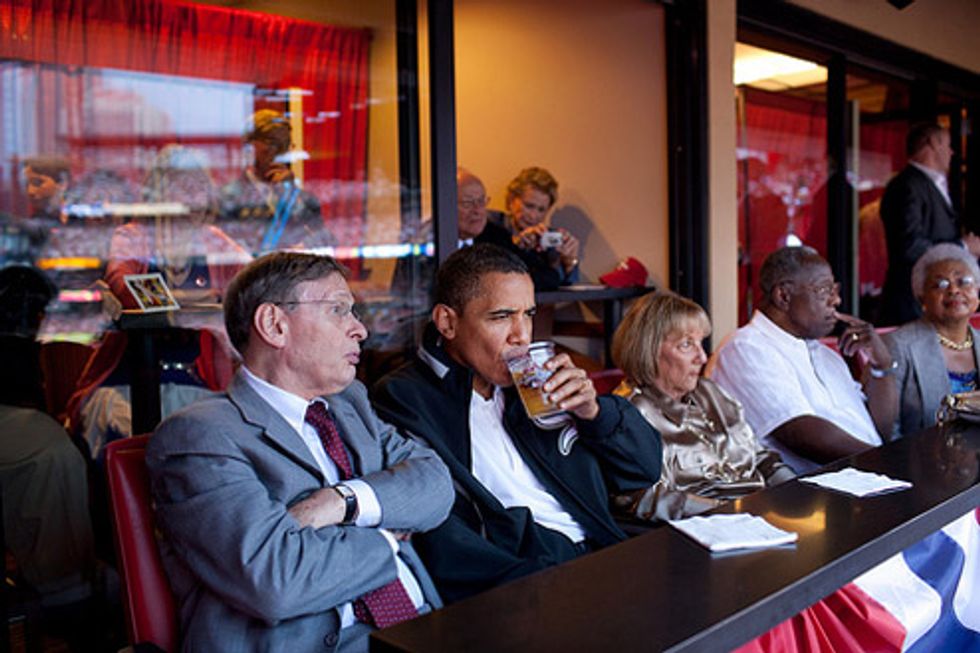 After eight years of that alky teetotaler George W. Bush, it's always a delight to see that your president is man enough to have a beer without turning into some raging drunken elder-abusing asshole. Here is Barack Obama just cold slurpin' a cold one with his powerful baseball-fan friends. On the left, let's see, that's probably Bill Gates. Hi Bill! And on the right ... hmm, maybe Madonna? Let's say Madonna. [White House Flickr]