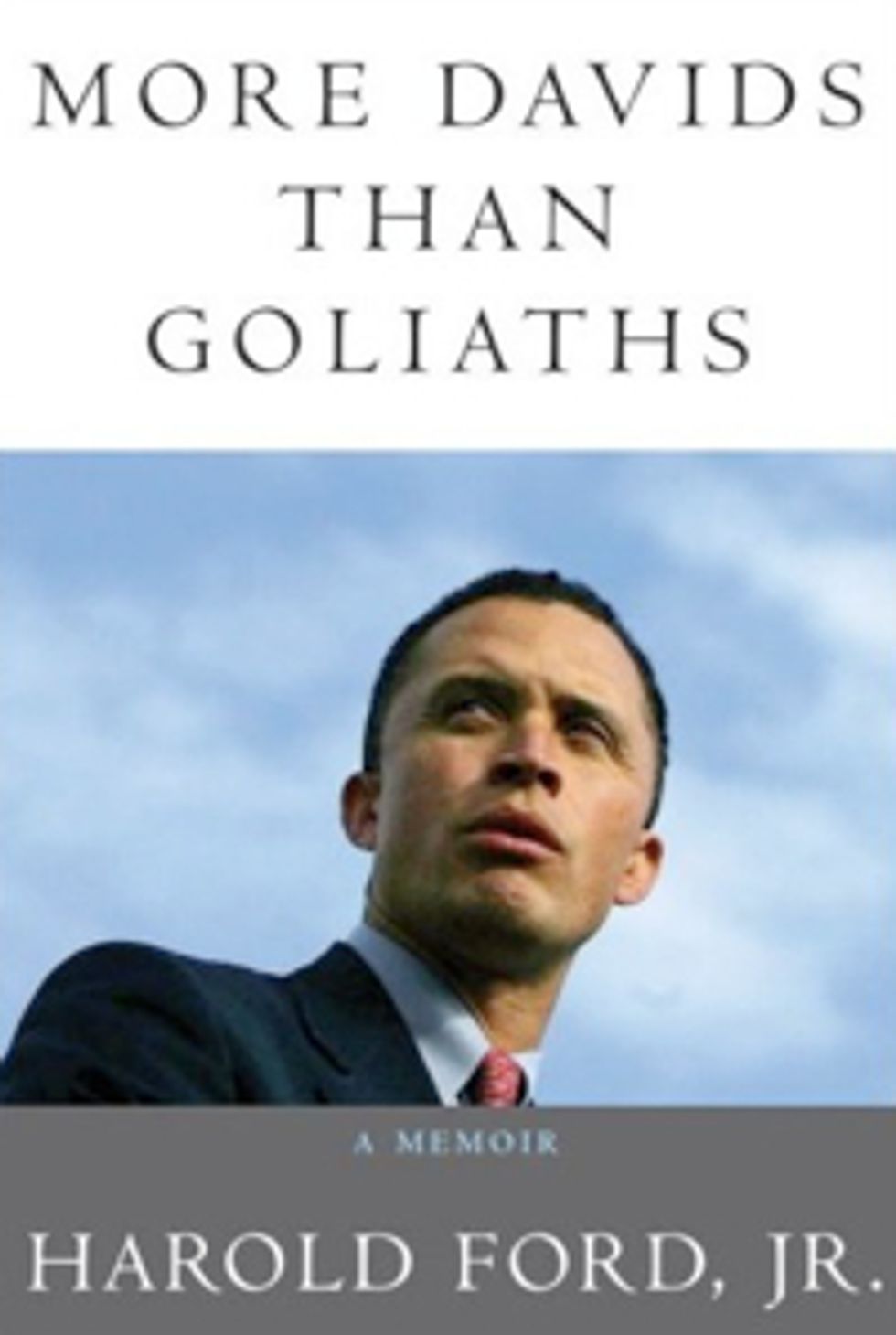 Like every othergay dingbat on this godforsaken planet, Harold Ford Junior has a dumb book chronicling his Life coming out in the near future -- replete with the "forward-looking/confident gaze into the heavens with cloud backdrop" provisional cover. It comes out one week before the New York senatorial primary election, in September, OH HO HO!...?? and will cover many topics INCLUDING: growing up gay in Tennessee, overcompensating in rebellion, and finally moving to New York and realizing that he has been a New Yorker along, like Bobby Kennedy and Mrs. Clinton. "More Davids Than Goliaths." C'mon man. [NYDN]